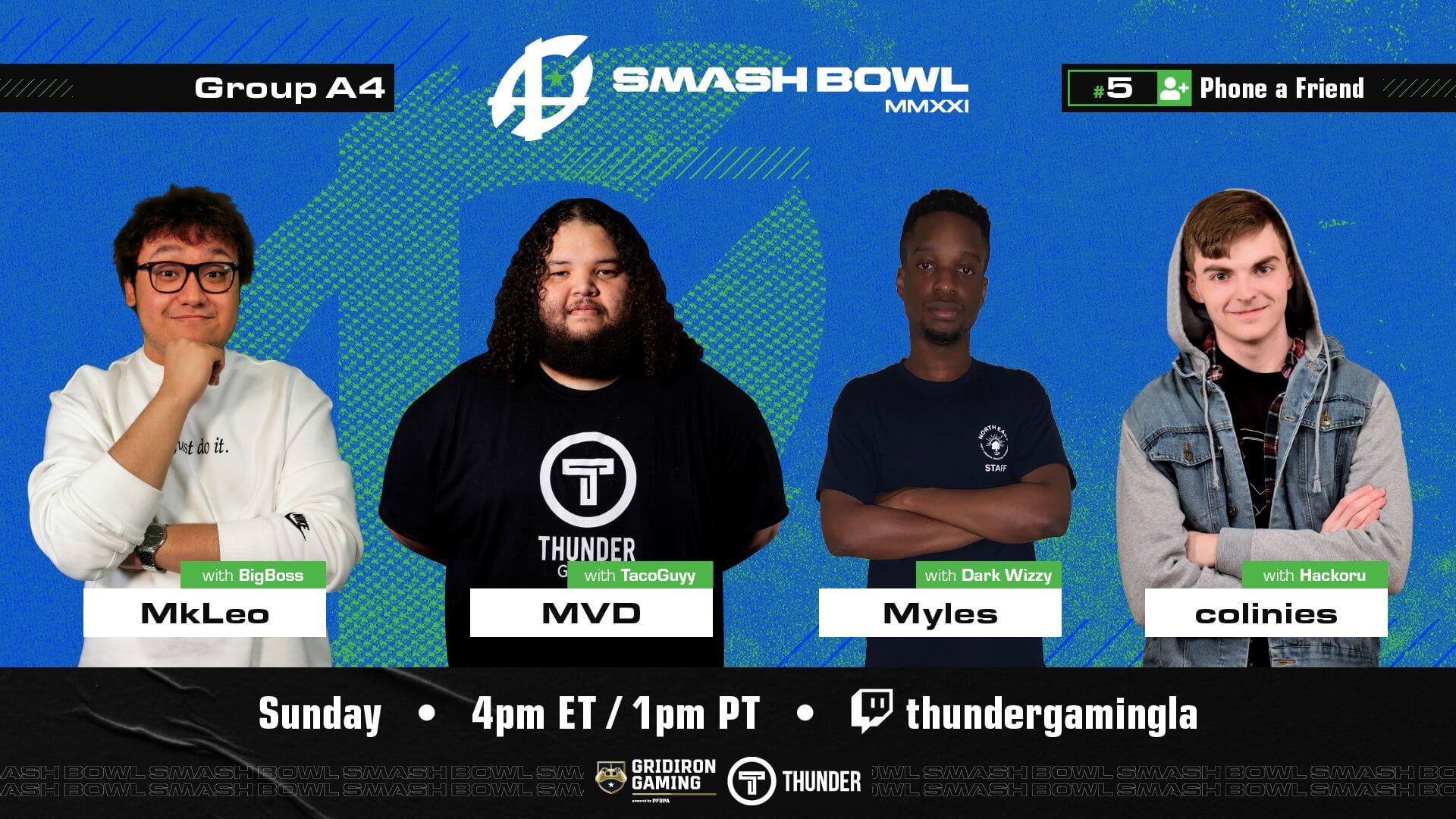 Images courtesy of Gridiron Gaming
#News
4 weeks down, 4 to go. Final phone a friend of this first stage too!

We are halfway there. Week four of the Smash Bowl MMMXI is right behind us and once more. Like last week, players chose a partner to participate in what is essentially a doubles tournament to find out who is going to move into Stage 2 as a captain and who will move on as the runner-up. If you have any questions about the format of the whole event, you can read over our summary of it here. This week's players were:

MKLeo and BigBoss combo into a win

Coming in as the clear favorite, it was a surprise when MKLeo was not able to secure himself the first place finish. Myles, alongside Dark Wizzy, would win over him the winner finals to secure the captain role for the next stage. Both Colinies and MVD found themselves in the lower bracket after round one. The first out would be Colinies thanks to MVD, but he would not be able to carry that momentum into the lower finals as MKLeo and Bigboss took the last round of the weekend.

Week Five on the Horizon

Next week the competition switches gear back into Random. And starts to creep into the final four weeks of stage one. At this point, captains have to start thinking about who they will want in their groups for stage two. In week five we will also see another legend of Ultimate come in as a clear favorite. Here are your week five players: