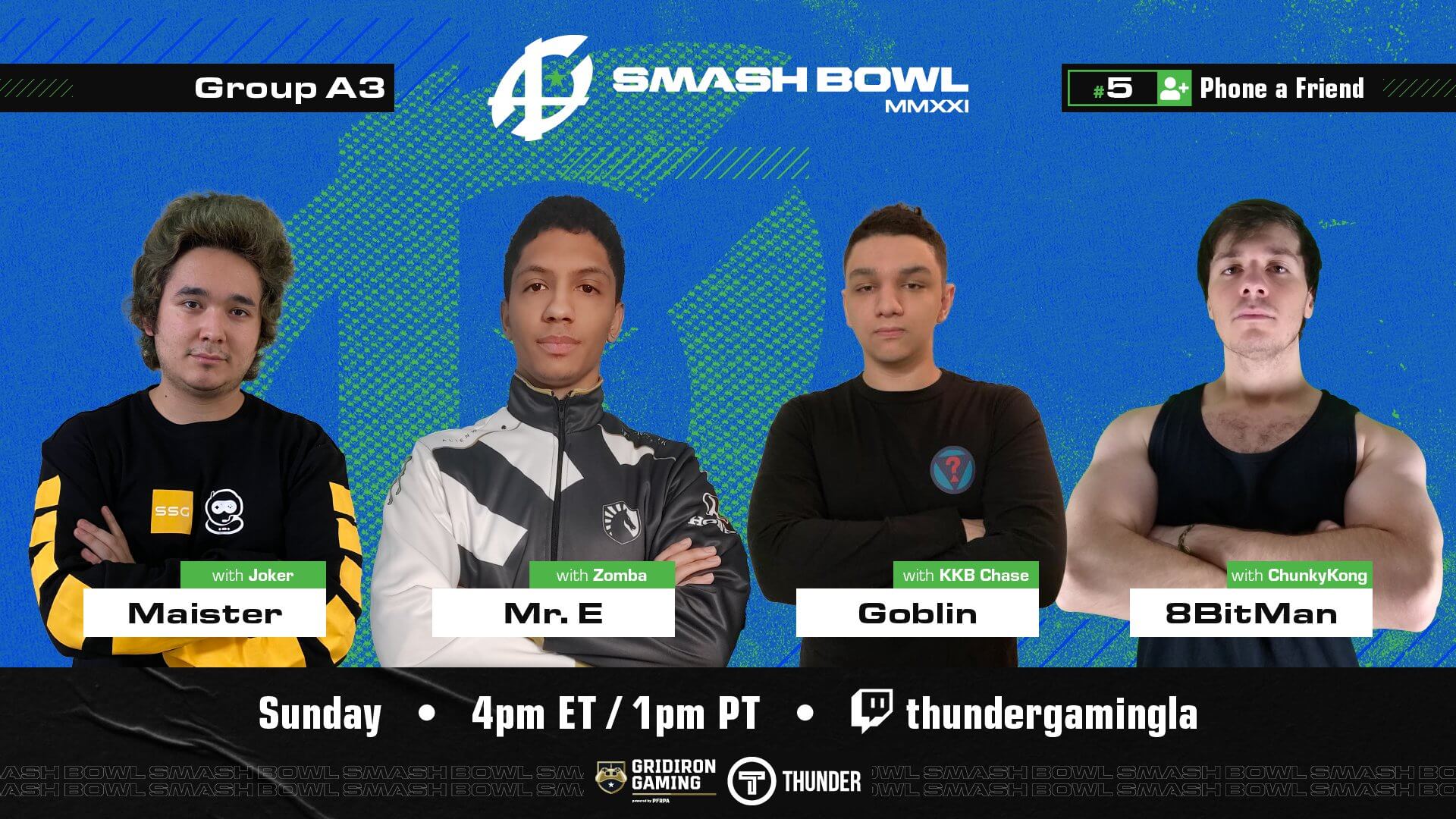 Images courtesy of Gridiron Gaming
#News
The first week of a back to back doubles weekends starts off great.

For the third week of the Smash Bowl, the ruleset used was Phone-A-Friend. And so the player count doubled up for the event making it a 2v2 single-elimination bracket. If you are looking a little lost, you can read over our overview of the whole event and also, make sure to check out what happened last week. So, the final four teams that competed in group A3 were:

On the mic were once again Zak "Coney" Zeeks, Phil "EE" Visu, and Terrence "TKbreezy" Kershaw. doubles provided some excellent highlights of team combos that are rarely seen. As well as some amazing 2v1 situations.

After a comfy two hours of play. The projected winner of the event, Maister, secured himself a captain role for Stage two. Round one came close as Maiser and Joker got a 3-2 victory over 8bitman and ChunkyKong. They would then face Goblin and Chase and quickly dispatch them to lead a 3-0 victory. In a second for the competition. The losers of the winners' finals did not go on to be the final runner-ups of the weekend. Goblin and Chase instead lost to their first round opponents Mr. E and Zomba.

Week four will be another doubles weekend, but this time with a new set of great players. Again, we don't know for sure who they will be picking as partners for this event. But it will be a lot of fun to see if there are any other clutch stocks waiting to happen. The lineup for week four is: