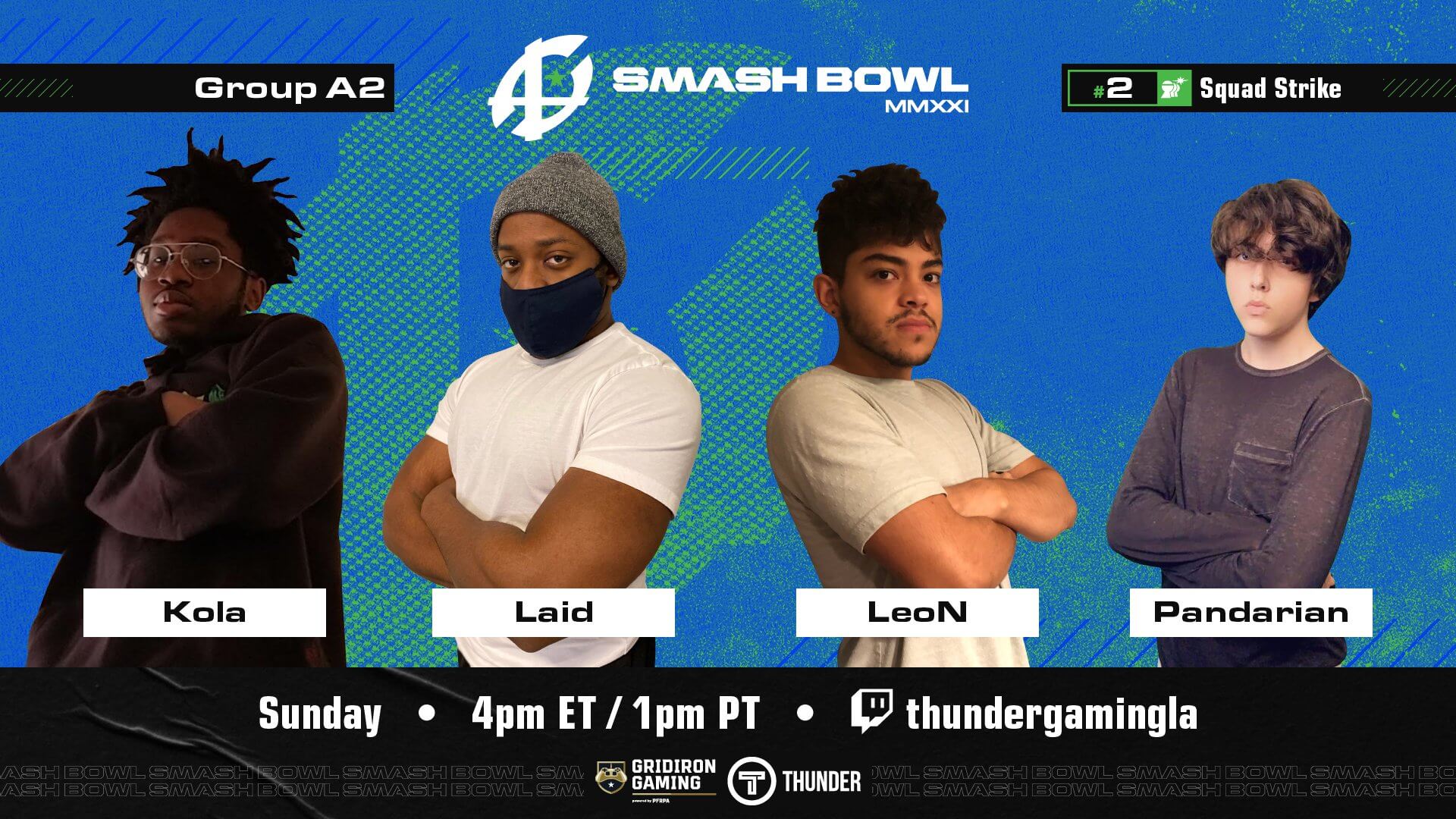 Smash Bowl's second week ran with the Squad Strike ruleset and showcased the flexibility of the players. If you are feeling a little lost, you can always check out our article on it to understand the format better. And catch up to this week with our previous summary. This week's competitors for the A2 group were:

Once again, Zak "Coney" Zeeks, Phil "EE" Visu, and Terrence "TKbreezy" Kershaw walked us through the two-hour weekend. Squad Strike was a pleasant change of pace from week one's Random. Primarily because it introduced some counter picking games in between sets.

Pandarian Secures Himself the win this Week.

After it was all done and dusted. Pandarian cleaned the upper bracket with a 3-1 victory of LeoN. And a 3-2 victory over Kola to secure the captain's role for the next stage. All the while, Laid fell down to lowers thanks to a determined Kola on round one. But managed to win and carry over some momentum after his 3-0 game versus LeoN to face Kola once more and have a sweet 3-2 revenge. Thus, Laid became the runnerup and will be moving on to the Second stage of Smash Bowl MMXXI.

Laid came into the event as the bottom seed of the bracket. But got back up to overcome his rivals. We reached out to him for some comments on his performance over the weekend. You can follow Laid on Twitter to stay up to date with his career.

How confident did you feel with the Squad Strike ruleset?

I felt squad strike was the best ruleset I could ask for as I've played a fair amount of characters in a tournament setting.

As the runnerup, you are going to get picked by a captain to join their group. Anyone you are looking to avoid?

Honestly, I don't fear many players out of the 32 chosen. If they can't use their main or it's wacky I feel I have the upper hand. But, if I had to choose it would definitely be Marss since we are in the same region and play super often.

You went down 3-1 to Kola but then came back in the lower finals. What changed from one set to the other?

For the first set, I didn't think I was warmed up enough to play. It was my first time in a competitive setting in over 6 months so it was weird.

Why go with Incineroar first both times versus Kola?

The Incineroar was a [counter pick] for two of his characters, Roy and Snake. I was happy to play Snake as I believe Incineroar can do very well in that matchup with tools such as revenge and his command grab.

King of Fighters is definitively getting the boot.

On Sunday, November 15th. Group A3 will be playing under the Phone-a-Friend rules. Which effectively turns the bracket into a 2v2 event. We don't know yet who the players have each selected as their partner. But we do know, as per the rules, that they cannot be any other player already in Smash Bowl. The players in A3 are: