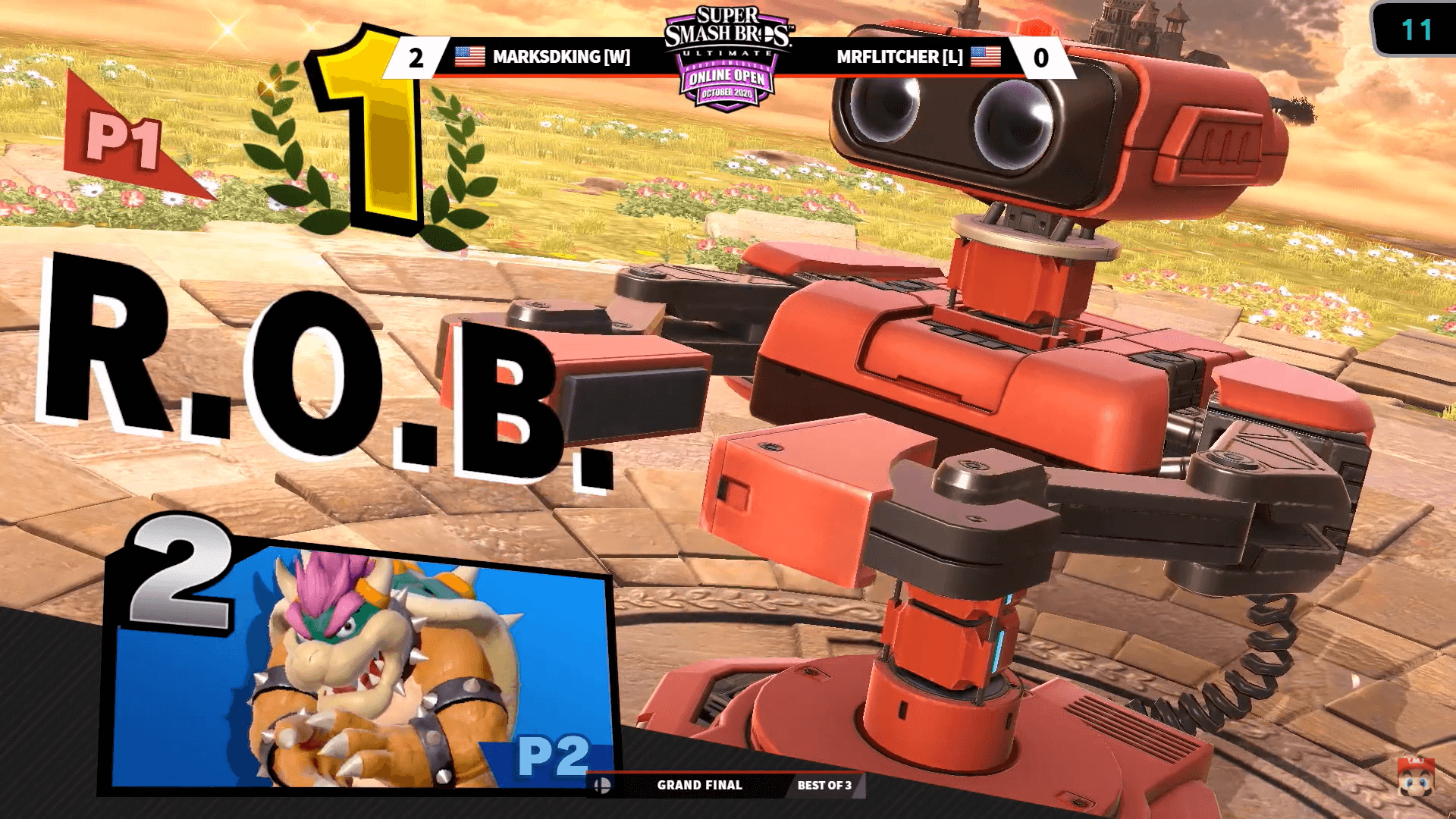 The fighting esports scene is ready to offer player competitive events of various levels - from beginner to super professional. And most players should start the path from playing just for fun to reach the point of getting impressive rewards.

Super Smash Bros. Ultimate North American Online Open October 2020 is a great tournament of rather a middle level - the prize is not that big but the organizer is NintendoVS, so the event is quite prestigious. It’s a chance to get super valuable experience and prove playing skills. And the competition here is high, so players have to put significant effort to win that gold-colored trophy.

On October 24, we witnessed fights in two sections - Regions 1 & 2 and Regions 7 & 8. Let’s take a look at the results and enjoy some matches on the video!

Four players in the Winners Semi-Final were:

MarkSDKing and MrFlitcher played in the Winners Final. In general, MarkSDKing looked much stronger, mostly thanks to the higher mobility of R.O.B. and the effective use of projectiles - this player won 2:0.

The fight between R.O.B. and Bowser continued in the Grand Final - MrFlitcher won Losers Final against FireThePyro. This time, MrFlitcher gave a much better fight. Bowser was much more impressive in the first round and did a good job trying to come back in round two. But MarkSDKing was better and won the Grand Final 2:0.

In these regions, four players in the Winners Semi-Final were:

So, CptRemex and 9superpie played in the Winners Final. 9superpie decided to change the fighter and chose Wii Fit Trainer. This turned out to be a very good decision - 9superpie dominated the whole match and won 2:0.

In the Grand Final, these players met again. Ice Climbers are rare participants of SSBU esports tournaments, but CptRemex managed to win the Losers Final against TanTaco and return to the fight for the trophy. Still, 9superpie was stronger and won the Grand Final and the whole tournament 2:0.

We asked 9superpie a few questions about the tournament and their experience in Smash. Please, check out this interview of SSBU NA Online Open.

Congratulations to both winners! We hope to see you at other SSBU tournaments!

The next section of North American Online Open October 2020 is planned for October 31. Stay tuned to DashFight on social media to not miss the results!

If you only think about entering competitive SSBU, practice a lot and develop your skills in many game modes. Consider starting your experience in Nintendo fighting with these best Smash Ultimate characters for beginners!