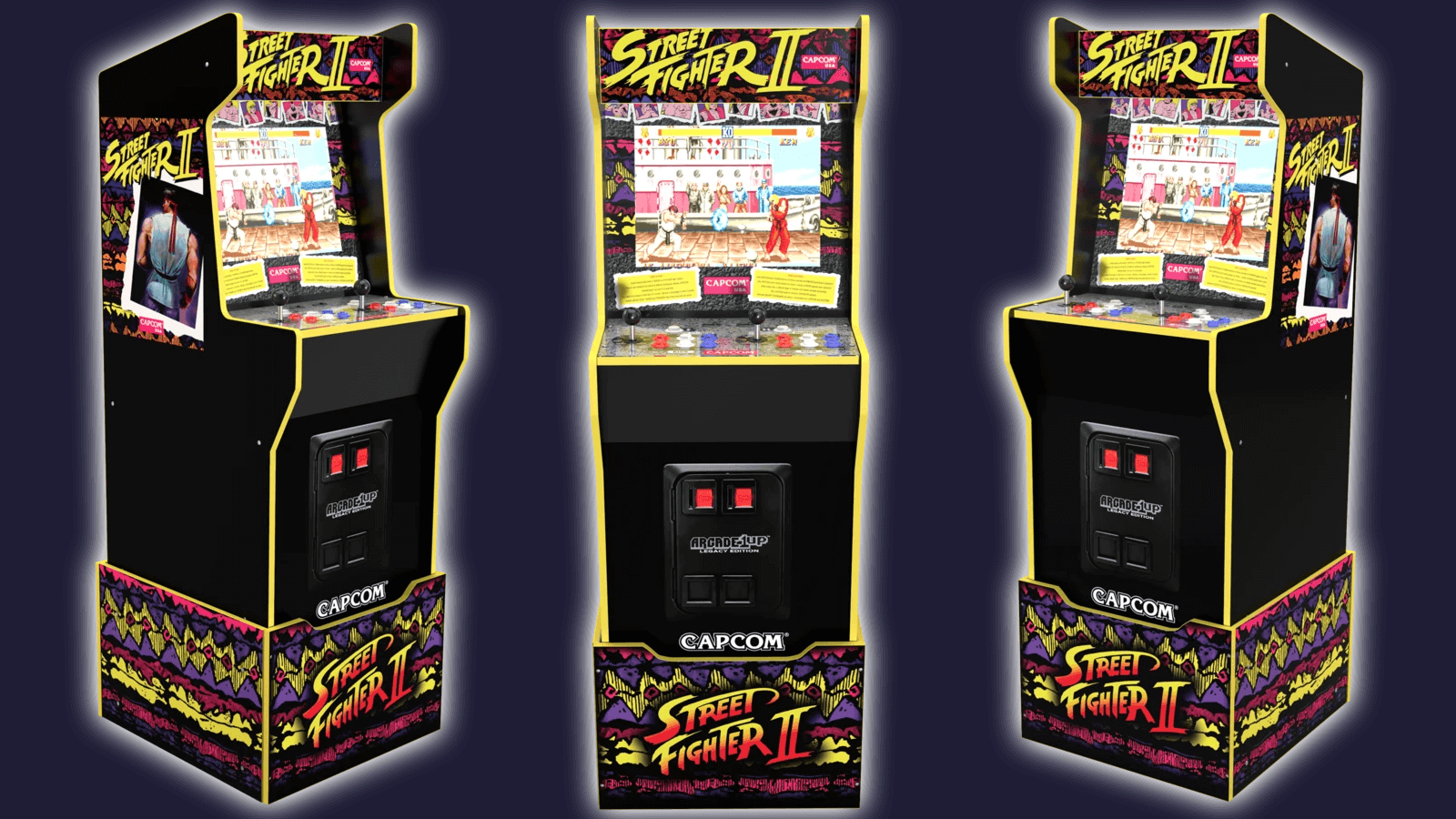 Pic Source: arcade1up.com
Do you want to recreate the spirit of classic gaming in your home?

Street Fighter V may be the most modern installment of this fighting series but many guys in the community consider Street Fighter II absolutely the best one. On the one hand, we can argue about this statement. On the other hand, just count all the ways you can play it - even in 2021, there are lots of gamers who are ready to pay for new compilations and even devices just to enjoy powerful fights from 1991.

One of the newest ways is for those who prefer some extravaganza. What about placing an arcade cabinet in your gaming room and enjoying the authentic atmosphere of those (almost ancient) times?

Such a thing has been announced by Arcade1Up - the arcade cabinet Capcom Legacy Edition. The device will include quite a few Street Fighter games:

Please, visit this official page to find out more info.

Usually, arcade cabinets by Arcade1Up cost around $300-$400. A much more accessible way to play classic Street Fighter games is to purchase it for your existing gaming system. For example, Street Fighter 30th Anniversary Collection is available for the PS4, Xbox One, Nintendo Switch, and PC. Capcom Arcade Stadium will be released for the Switch in February 2021.

Another device with classic games is Capcom’s Retro Station. Are you interested in such things or prefer playing on modern consoles and computers?