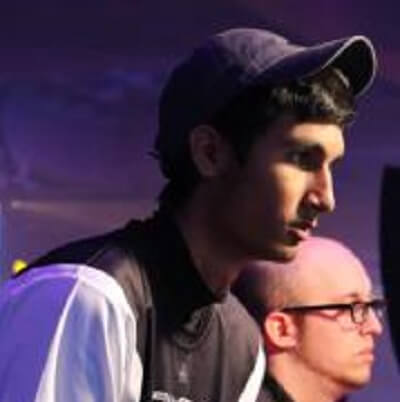 Tamim "tamim" Omary, formerly known as "Mistake", is a professional Super Smash Bros player from Ontario, Canada. He is one of the best Bayonetta mains with a strong Zero Suit Samus secondary, even though he was considered the best Zero Suit Samus and Peach player in Canada. He is currently ranked 1st on the Canada Smash Ranking as well as 25th on the Panda Global Rankings 100 and has a younger brother who plays under the tag Slayonetta.

Tamim retired from the Competitive Smash scene on the 22nd March 2019 specifying dissatisfaction with the community as his reason but later returned to the local competitive scene in June of the same year.

He is known for Frostbite 2020 and Let's Make Big Moves 2020 Tournament where he ranked 65th place out of 650 entrants in the Super Smash Bros Ultimate singles event. With a set win rate of 60%, he won 3 out of 3 matches in the pool D4 bracket but lost all his matches in the Top 128 bracket against fellow participants Beast and Marss.

Tamim has earned total prize money of $18,209.56 from 44 Tournaments, he also has a negative reputation for being one of the villains in the smash community owed to his use of Bayonetta as his main.