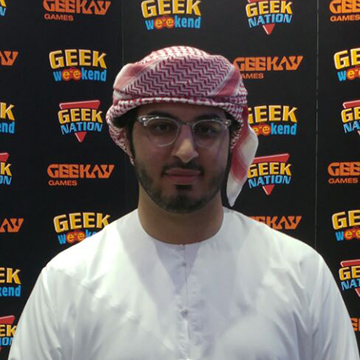 Rashid "GTR" Alawadi is a Street Fighter player from the United Arab Emirates.