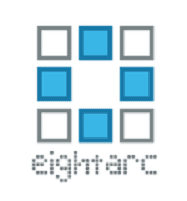 Andy "725" Lam is an American fighting games competitor. He is actively appearing at various events and tournaments since 2017 when he notably took 65th place in EVO Tekken 7 tournament. He also reached top 50 at Combo Breaker 2018, became 25th at CEO 2018 Fighting Game Championship, and made it to top 50 at TEKKEN World Tour Finals 2018 in Amsterdam. At EVO 2019 he reached his highest place at any major tournament to date as he became 13th.