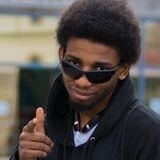 Ranked 11th on the Philadelphia Ultimate Power Rankings and 34th on the PGR100, 6WX mains Sonic with Joker and Incinceroar as his secondary characters. He has been hailed as the top Sonic main in the Tri-State area.

6WX often partners with UNO to compete in SSBU doubles events. The duo took 1st place at Smashadelphia 2019 and 9th at Collision 2019 to mention a few.

Check out 6WX's VODs on the VGBootCamp YouTube channel here.