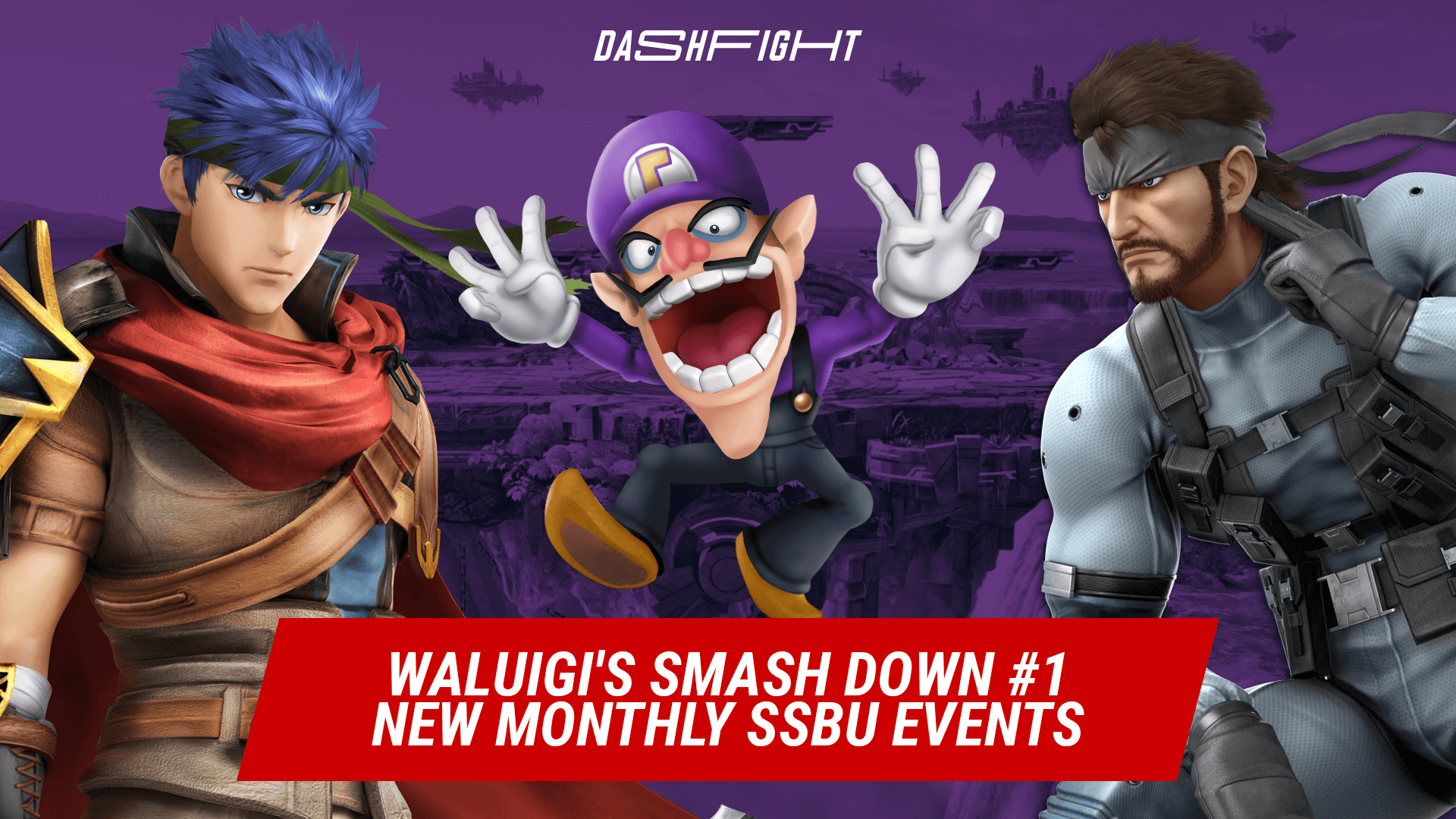 Pic Source: @WarioSmashDown Twitter
#News
Even if he can’t join Smash, Waluigi can organize his own Smash Ultimate esports tournament. Are you brave enough to participate?

Why do game villains try to do something good for fighting game players? Maybe they are not that evil? Or perhaps even such guys as Wario and Waluigi couldn’t harm the best community ever? We don’t have answers, but we have facts to highlight. Much earlier, Wario organized his weekly Super Smash Bros. Ultimate event - Wario's Smash Down. And now Waluigi takes the same step with his monthly event Waluigi's Smash Down.

Of course, those virtual guys would not act openly - they are villain-celebrities after all. They have people to make the esports events possible. For example, the host is Wumbo.

The first-ever Waluigi's Smash Down happened on April 10-11. First, there were 2v2 team matches. Such a format is great entertainment! You could enjoy something similar at the SF5 event NLBC. Also, each tournament of WUFL Season 1 had 2v2 show matches: MK11, Soulcalibur 6, and Tekken 7.

The team Dababy / Pocket had a perfect run - they won all the matches. In the winners Final, Pocket and XxWilburSootStan2015xX defeated the team THE CHOSEN / Kenobi (3:0). The opponents returned after the Losers Final but lost in the Grand Final again (3:1).

This tournament turned out to be victorious for Yez. This guy with his Ike had 10 victories and no losses. His Winners Final / Grand Final opponent was AlanDiss, but both matches finished with 3:0.

So thanks, Waluigi and Wario (or those who represent them in our physical world), for making these tournaments. We expect to enjoy many more great matches!

Another interesting monthly Smash tournament is Get Clipped - don’t miss it as well.

To follow Smash Ultimate esports or stay in the whirl of all things fighting games, check out our social accounts on Facebook and Twitter. Join DashFight Discord server!