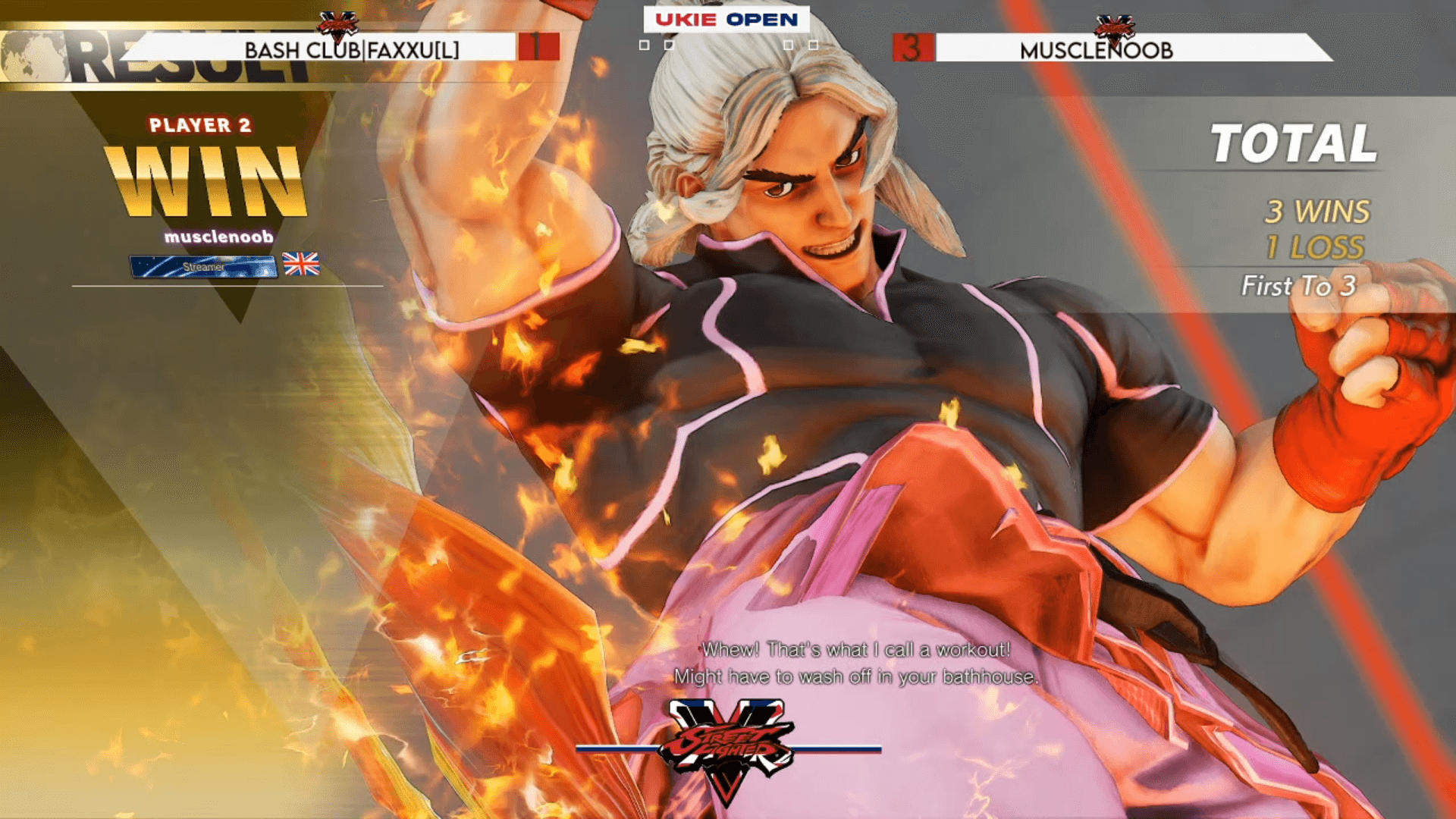 We at DashFight love to write about various fighting esports events. Big tournaments, such as Capcom Pro Tour, are super exciting - you see top-players demonstrating exceptional tricks, so there are lots of wonderful and even educational moments. Smaller tournaments may lack those powerful names but they have a very unique feature - you can join them and gain experience of playing at esports matches.

One of such opportunities is just around the corner - UKIE Discord Open #6 is planned for December 5-6. Street Fighter V players from the United Kingdom and Ireland can participate. The event has a 32 player cap, so we encourage you guys to be quick. Register and check out the details on this smash.gg page.

Still, no worries if you are late for UKIE Discord Open #6! It's a weekly event, so join the official Discord server to stay in touch with the organizers.

To feel the atmosphere of these SFV online tournaments, check out the previous streams.

Regional events can also be spectacular - you can witness very interesting matches. Why not take a look at fights of Red Bull Hit the Streets?

Some regional SF5 esports tournaments are not small at all. For example, Blink All Star Challenge was for players from Japan, and this obviously means Street Fighter of the top level!