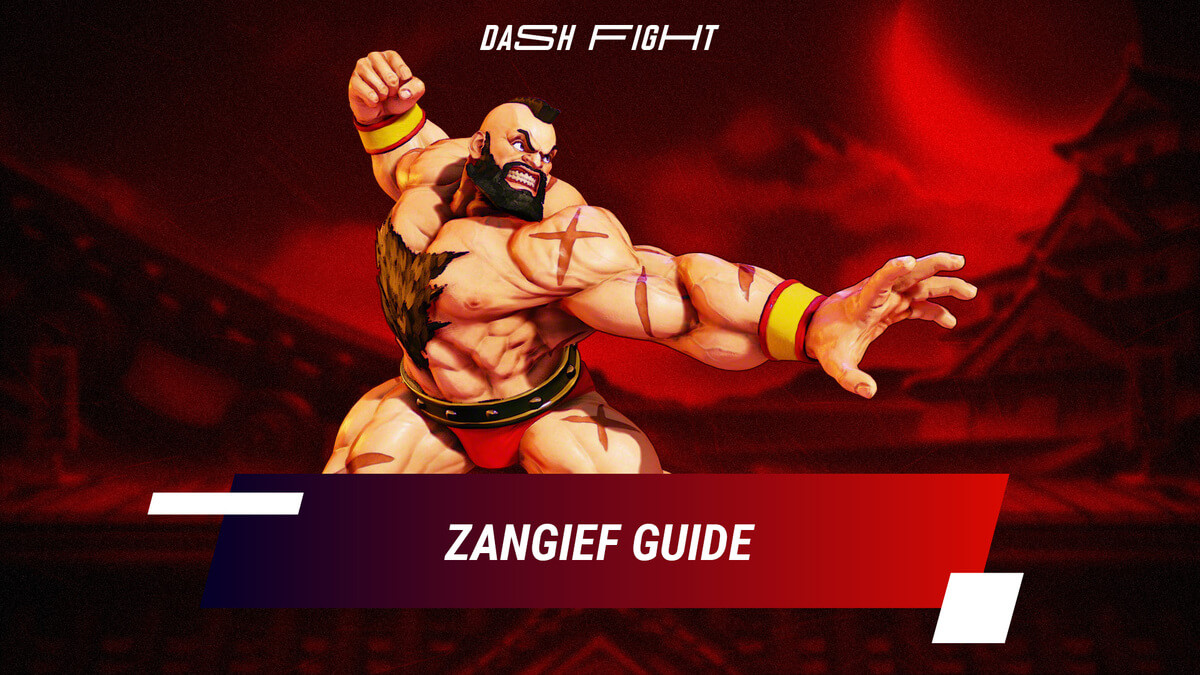 Capcom
#Guide#Evergreen
How to play with this impressive Russian fighter

There are quite a lot of big muscled guys in fighting games, but Zangief Street Fighter is one of the biggest and… you know, the most muscled (of course he has such huge arms after fighting for so many years). And this appearance is nicely reflected in the in-game qualities of this guy.

What about taking a look at various Zangief moves in Street Fighter V and figuring out how to play with the fighter in the most effective way possible? Our guide is all about this well-known fighter from Russia.

Strictly speaking, Zangief is from the Soviet Union, a big but currently non-existing country. Is this because the guy is so old? Probably yes, but let’s not forget that we talk about the Street Fighter series! When Zangief was added to the fighting roster, the USSR was still an actual thing (and no one heard about PlayStation 4, can you imagine?)

Zangief was introduced to the fighting games community in 1991 with the release of Street Fighter II (as well as Chun-Li). It was available only on arcades first, but after the breathtaking success of the game, the developers ported it to many other devices (including Nintendo Switch - Ultra Street Fighter II: The Final Challengers).

For a deeper dive into the past, we invite you to check out the history of the Street Fighter game series. For the purposes of this Zangief guide, let’s mention only that he was among the fighters in:

It is highly recommended to choose your fighter not because of bare calculations - who is stronger and who has better moves. If you are going to play Street Fighter even on the casual level, you will spend quite a long time with that character on the screen. So, you should like him or her in general, including appearance and personality.

It is enough to take one look at Street Fighter 5 Zangief to understand this guy quite deeply. He has lots of scars - because he likes to fight with… bears in Siberia.

Zangief loves his country and wants to protect its honor in every battle. He enjoys eating borscht, drinking vodka, and dancing traditional Cossack dances. It seems like the developers from Capcom had a good time while working on the Zangief personality.

This fighter is heavy and tall. Thanks to his body, he is able to absorb a lot of damage and stay in the fight longer.

His moves and jumps are rather average - not too fast or too slow. Zangief has a good dash and can reach his opponent on a rather big distance.

Try to come close to your opponents while playing as Zangief. He deals big damage in a short range

To understand the mechanics of the game, common for all the characters (including Zangief), check out our post Street Fighter V - an Ultimate Guide for Beginners.

You can see all the moves of this fighter in the official guide. This is a good way to learn the basics of the character

Here are the attacks and combos of this Street Fighter V character:

To perform the most effective combos with any Street Fighter character, you should know all their basic attacks perfectly well and experiment a lot with chaining them into each other. Do this in Training Mode first, and then bring your combo inventions to the real fights.

Here are some examples of combos for Zangief in Street Fighter 5. They will show you a direction for further practice.

Zangief may look impressive with his big muscles (and scars) but some professional SFV players consider him not a very good character. You should invest many hours to master him, and still, his moves are not the best in the game. Of course, it must not stop you if you really like the guy!

Stay tuned to DashFight on Facebook, Twitter, and Discord for guides on other Street Fighter characters. For example, you can take a look at this article about Cammy.