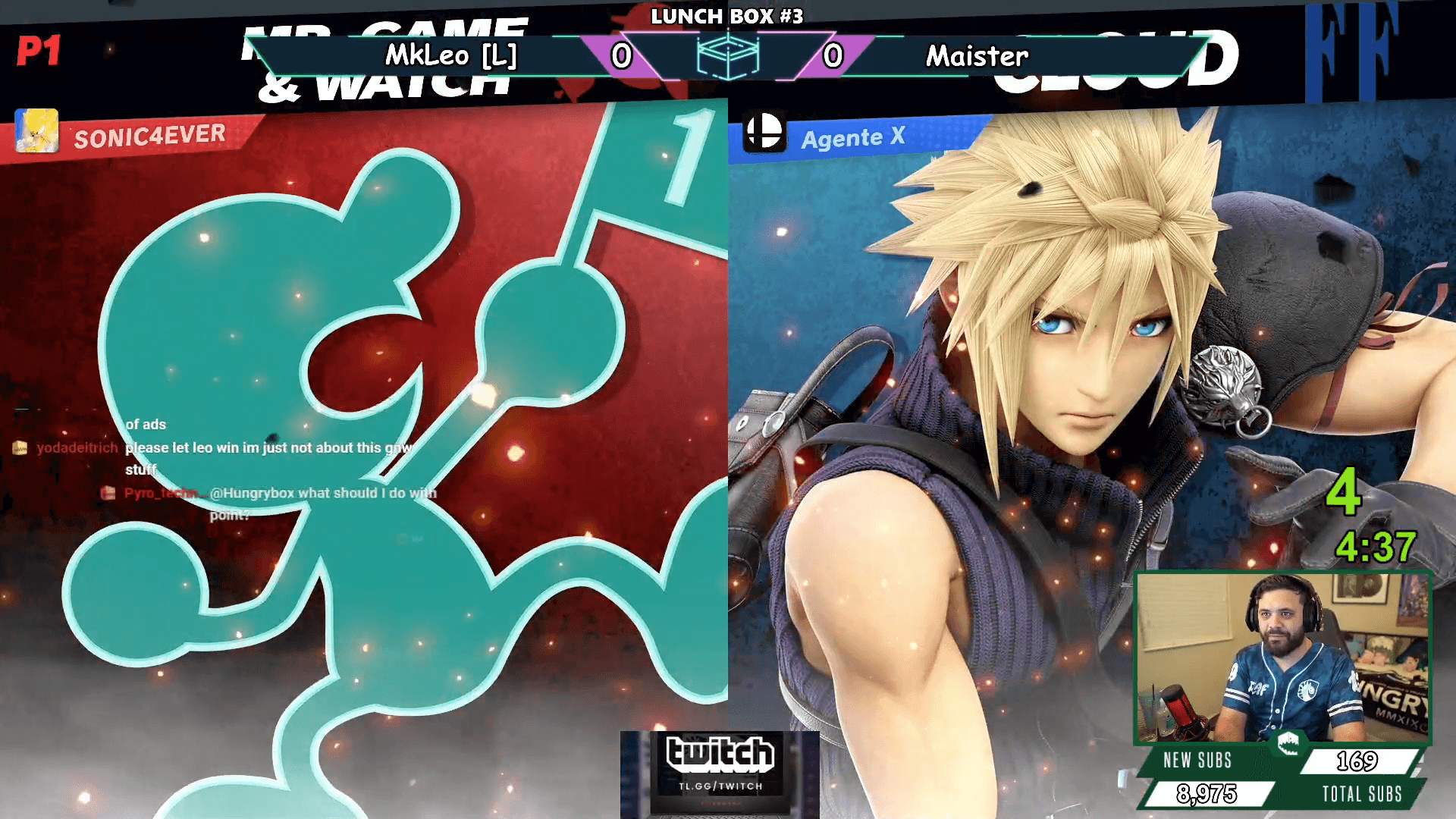 Another online event of the SSBU esports is over - it was full of fighting excitement!

Are you hungry for the fighting games esports? Then Hungrybox and Team Liquid have something special for you - they host monthly competitions on Super Smash Bros. Ultimate. These are The Box: Lunch Box series of events, and on August 27, the SSBU community witnessed the third such tournament.

It’s ok to miss esports live streams - thanks to the power of the Internet, you can always rewatch them. And DashFight is here to inform you on the results! Do you remember the previous SSBU Lunch Box?

The Box: Lunch Box #3 consisted of three parts. First, all 512 participants competed in 16 brackets for the place in the Top 64 stage. Then, the 64 best players fought for the chance to be in Top 8. At the last stage, the viewers witnessed final matches in the Winners and Losers brackets.

Enrique “SONIC4EVER” Hernandez from Mexico was on the top of his game. He won all the matches of each stage. In the Winners Semi-Final, SONIC4EVER destroyed Dabuz, 3:0. In the Final, he defeated BestNess, 3:2. In the Grand Final, Enrique played against MkLeo and won 3:2.

Top 8 players of this Super Smash Bros. Ultimate tournament are:

1. Enrique “SONIC4EVER” Hernandez (SSG) - do you think he played Sonic in the Grand Final? Nope, he chose Mr. Game & Watch!

We at DashFight continue checking out all things SSBU - stay tuned to our Facebook, Twitter, and Discord, and we’ll share with you the most interesting news.

Also, we have quite a lot of helpful articles on Super Smash Bros. Ultimate. For example, take a look at this guide on Bowser!