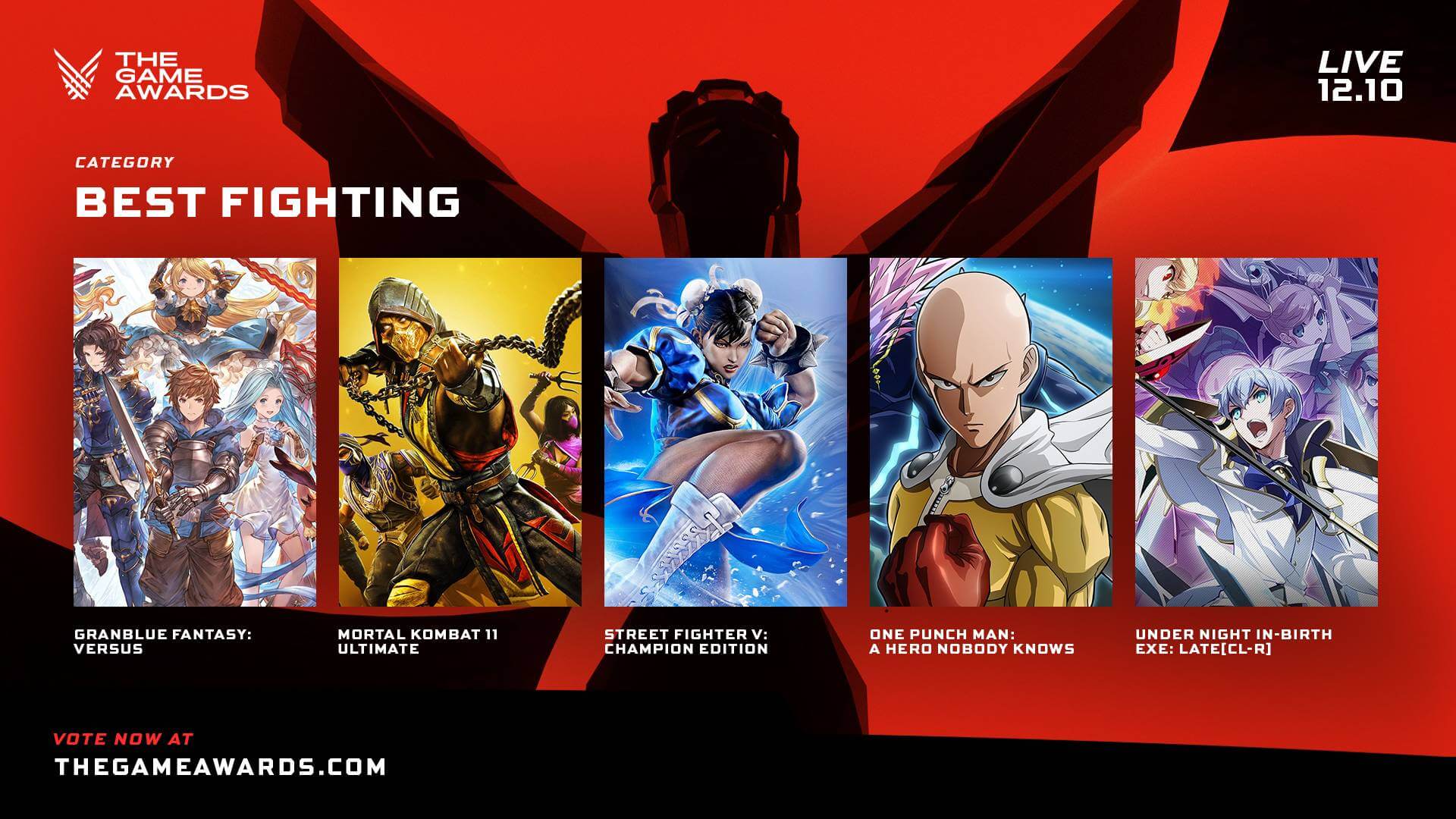 Pic Source: The Game Awards on Twitter
#News
One of them can be chosen as the Best Fighting Game

It’s that time of the year again when the gaming community is ready to select the best masterpieces of the industry. On November 18, The Game Awards revealed nominees in many categories. Naturally, we at DashFight are especially interested in the Best Fighting Game of the Year. Two of the nominees have their dedicated sections on our portal:

Other games that can get this award are:

SF5 and MK11 seem to be obvious favorites in this category. Their fan-bases are significantly bigger and their tournaments attract much more attention (for example, Capcom Pro Tour and WePlay Dragon Temple). Still, it’s up to the players to decide what’s the best game here. You can meet Granblue Fantasy: Versus at some smaller esports events (Weds Night Fights: Online Edition). The anime One-Punch Man is quite popular. Under Night In-Birth Exe:Late was surprisingly presented to the esports audience at EVO 2019.

So, what is your bet? Which of these games is your best fighting? Please, let us know on Twitter, Facebook, or Discord.

The fighting genre could get any nominee. You can’t see it in the categories:

It’s quite interesting to see the fight in the main category - Game of the Year:

You can participate in choosing the best game in all the categories by proceeding to the official site. The result will be revealed at the ceremony The Game Awards on December 20.