Mushroom Tournament is Coming to Smash 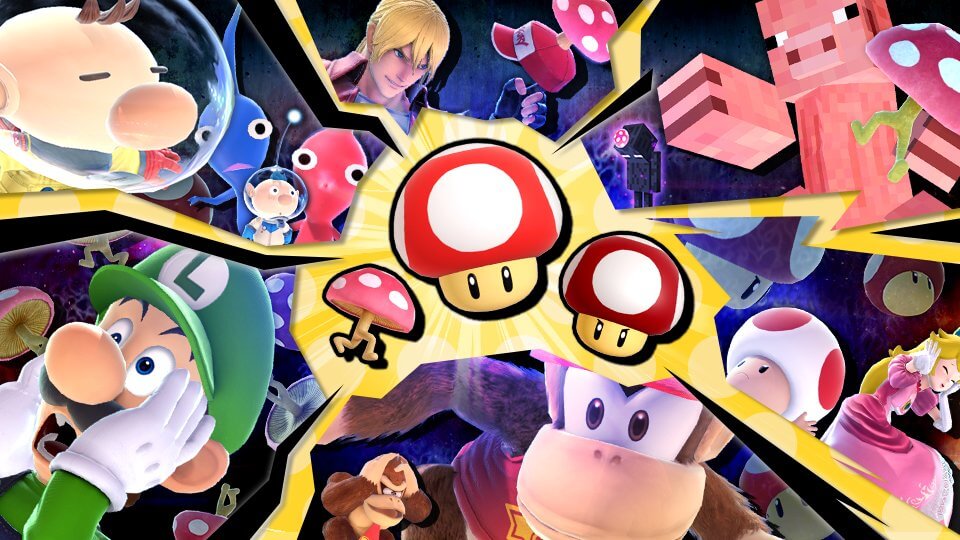 Pic Source: @SmashBrosJP Twitter
#News
Eat them to become bigger, get smaller, or invert your controls

Another interesting event in Super Smash Bros. Ultimate is just around the corner. This time, we will have three types of mushrooms spread all over the fighting grounds.

Nintendo conducts such events regularly. Some of them give unique spirits. Others have special fighting rules - for example, you can take to the match only specific SSBU fighters.

This time, the company organizes an event that is obviously tightly connected to the Super Mario franchise and its Mushroom Kingdom. The tournament has been announced by the Japanese Twitter account of Smash Bros.

The Mushroom tournament starts on December 11 and will continue for three days - don’t miss the fun! One of the previous SSBU events was connected to masked characters.

If you like esports events. Take a look at regular online tournaments, such as Get Clipped or The Box: Juice Box.