MK11 Guide: How To Play Against Nightwolf featuring Kombat 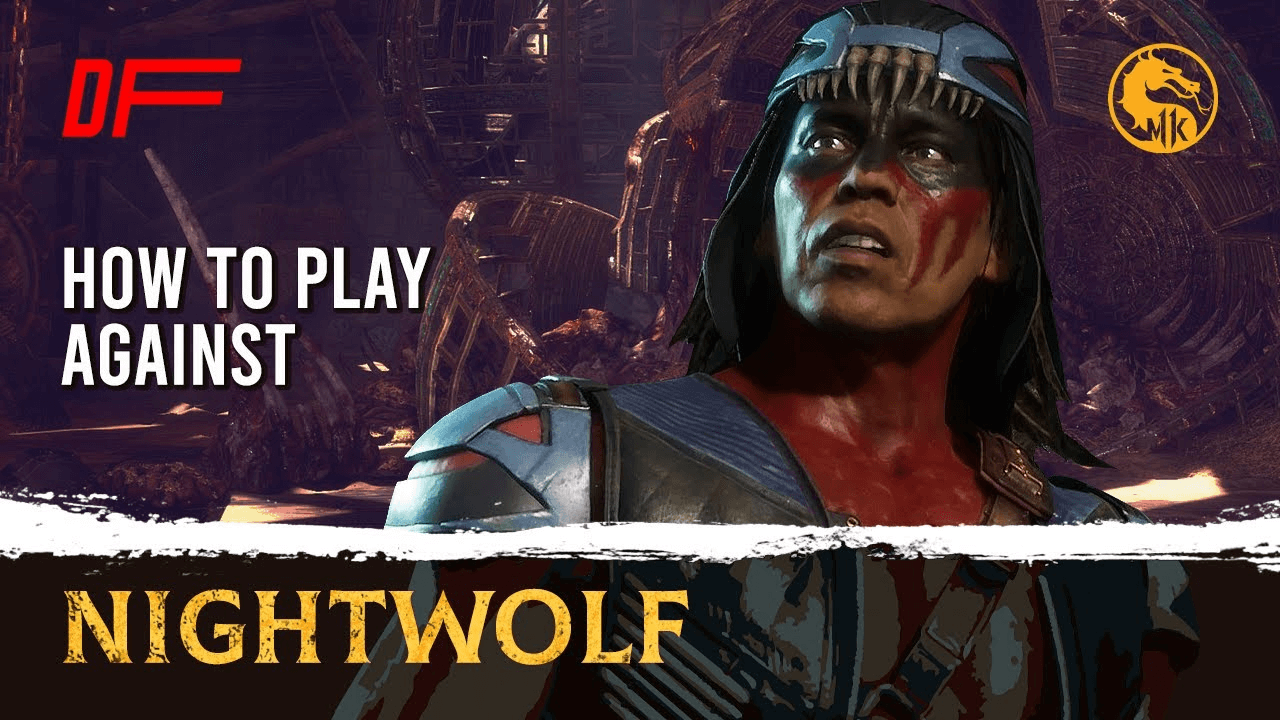 Many practical tips on how to deal with this character

There is some unique charisma around Nightwolf. Probably him being a Native American creates this cool atmosphere. Or it’s his positive role in the Mortal Kombat universe that helps players enjoy having the guy in their active roster. In any case, Nightwolf is a solid Mid-tier fighter — both strength-wise and regarding his presence in multiplayer matchmaking.

DashFight continues the series of “How to Play Against…” guides, and obviously, Nightwolf is the hero of our newest episode. The video was created by a top-level esports professional, Kombat.

According to Kombat, Nightwolf is of a neutral-oriented playstyle. The character doesn’t have the best ways of opening people up, but he tries to space you and annoy you with pokes. Nightwolf’s most effective way to open opponents is to use their mistakes.

Mortal Kombat 11 | How to Play Against Nightwolf | Guide by Kombat

In this section, Kombat highlights the moves Nightwolf mainly uses in MK11 matches.

The whole gameplan of Nightwolf is based on quick movements, annoying pokes, and attempts to grab. After back and forward grabs, the character can perform a Krushing Blow.

Jumps of Nightwolf are very good — for example, Jump 2 and Jump 3. Stand 1 is a decent anti-air.

For more information on the character, check out this dedicated guide on DashFight that explains How to Play Nightwolf in MK11 — by A F0xy Grampa.

With the first Variation (Rising Tomahawk and Tomahawk Swing), the gameplan for Nightwolf is to poke you, and when he gets an opening, he launches you and starts his combo. He tries to put you into a corner and use the command grab, which is an armor breaker.

Notice that with the command grab, Nightwolf puts himself in the corner. He has to use an oki to get out of this situation.

There are ways to deal with this strategy. You can react to his grabs. His auto-shimmy is not real, and his overhead is too slow. It is better to react against the character.

Nightwolf’s pokes are very annoying, but if you block them, you can have your turn.

You have to play patiently against Nightwolf and wait for situations when he is minus on block — check out such opportunities on video.

With the second Variation (Rising Tomahawk and Hana’s Wrath), Nightwolf often uses his bird projectile. You can use your bar against that to react with your own projectiles. The attack is unblockable, but you can flawless-block it. In some situations, it might be hard to react to Hana’s Wrath.

In general, playing against Nightwolf is not as complicated as against other characters due to his lack of ways to open you up.

These characters do well against Nightwolf:

You could say that if a character has better space control and better neutrals, they will be good against Nightwolf.

Thank you, Kombat, for this guide!