How to Play Against Rain Guide With BloodeyeZz 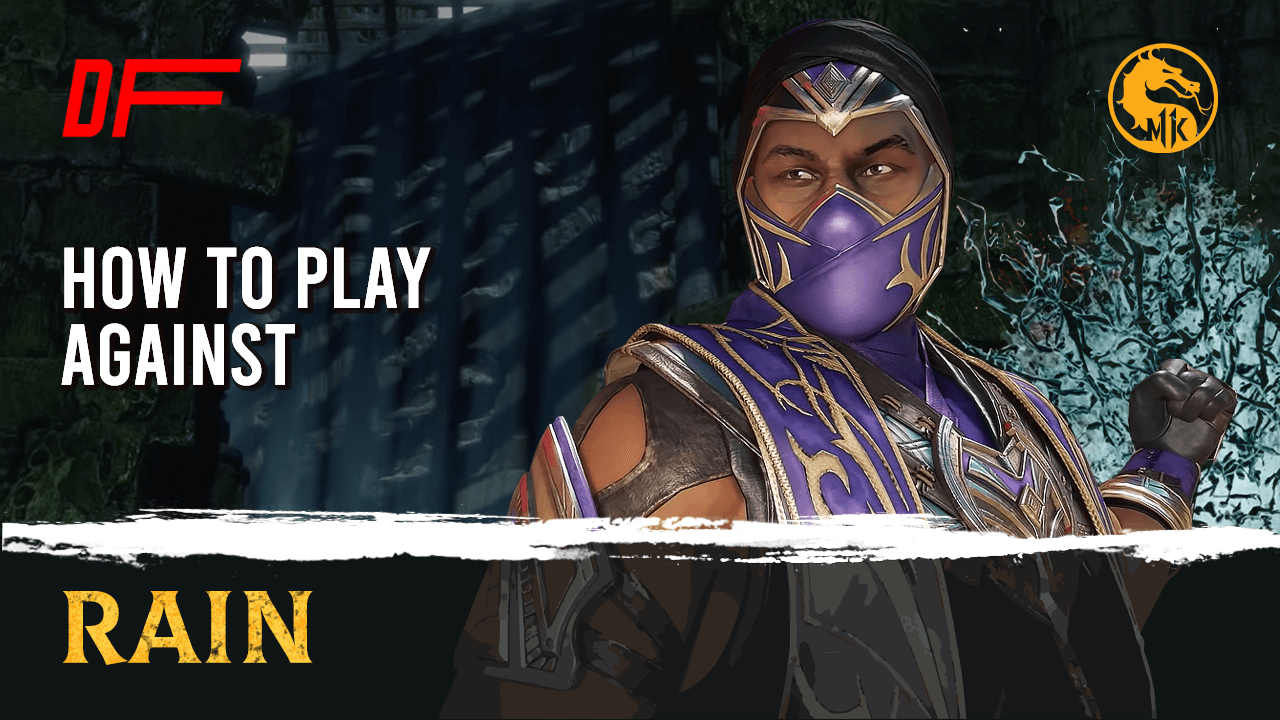 The Edenian prince was one of the last characters added, now you can get all the details on how to handle him

Have you ever found yourself online against a Rain player and thought to yourself, 'I'd give anything for some kind of guide to deal with annoying snots like this'? Well, even if you haven't it never hurts to have the lowdown of most characters and how to deal with them. If you have indeed had a problem with a Rain player then you can probably relate to what we are saying. Thankfully, we have a great guide for you today dealing with how to fight against Rain.

Teaching us is one of the best players in Europe; BloodeyeZz is a Turkish player who has vast experience with Mortal Kombat 11 and has very good placements in all his competitions. While he no longer plays competitively, he has keen insight on some characters, one of which is Rain.

So, let's get started.

Let's talk about variations. The variation you use could make or break you. For Rain, the most optimal which you might find most players using is this:

These are all moves that are really helpful for Rain. For instance, the Tidal Wave is a great move that allows Rain to invade his opponent's space and its knockback makes it a relatively safe move with very few drawbacks. The move is 21f and hits low and when you amplify it it becomes -8 on block. Furthermore, it does a decent amount of chip damage and is pivotal to Rain's mixup game.

Meanwhile, Geyser Palm allows Rain to extend combos and acts as a great accompaniment for his 1,3,3 string. Not only that, but it has a side switch mechanic on it, and the air control it affords is very useful for Rain.

And the Hydro Boost is insane in how it creates pressure for Rain and lets him combo off of just about any move in his arsenal.

Rain can be categorized as a rushdown character, and this has a lot to do with his movement. Rain has one of the best forward dashes in the game and his ability to move across the screen with great speed makes him hard to pin down. Also, with the help of Hydro Boost and Tidal Wave, Rain can 'rain' (see what we did there) down pressure on the opponent with ease and make it impossible for them to move or get their game started. Add on top of that the fact that you cannot jump on Rain as his Geyser Palm allows him to combo off of anti-airs and deal some mad damage, and you can see why people need to be worried about Rain.

Rain has a plethora of tools at his disposal and they make him a really formidable character to go up against. For his strengths, they can be categorized thus:

As for his weaknesses, he does have a few, the most prominent being the flawless block gaps in his 2, 1, B2 and 1, 3, 4 strings which feature a punishable space around the last hit. Also, his damage is somewhat low, which means he has to hit you a lot to get the win.

Rain has a fair few strings that can do a lot of damage. On the plus side, they are not without their gaps. His best strings are:

For 1, 3, 3, it is a great string, but the last hit is a high and can be ducked. If you can duck the last hit, you can counter with a well-placed uppercut.

The 1, 3, 4 string ends with an overhead that can be flawless blocked and countered. If you can recognize this, you will open up your opponent to a world of pain.

For B2, 1, 2, it also has a flawless block gap on the last hit which you can counter if you are expecting it. If your opponent decides not to finish the string, it might be difficult for you to counter it.

Finally, the Hydro Boost which is one of Rain's most dangerous tools is not without its drawbacks. Hydro Boost can be flawless blocked, and if that doesn't work, you can use a D1 to counter it and hit Rain out of that move.

Apart from the gaps in some of his best strings, there are a couple of other weaknesses you could trip Rain up on. We'll examine some of them in this section.

This is a move that Rain players use against zoners. The move features Rain becoming water and it allows him to absorb projectiles without taking any damage. The way around this is to walk up and grab him as he cannot defend against that. So, if you see a Rain player using the water stance in the mid-screen, you can easily grab them and deal with the move.

This is another move that allows Rain to defeat projectiles. He creates a rift in the space in front of him and absorbs any fireballs that come his way. To deal with this, you can use a character like Cassie Cage to fire off two projectiles. This is effective because rift only absorbs one projectile and can do nothing about the other.

While we have mentioned Hydro Boost before, it is worth noting that for the move to be effective, two geysers must connect with the opponent. However, when used in the corner with an opponent that is blocking, only one geyser connects making it easier to anti-air Rain out of the move and confirm into a combo.

These are some of the characters who can do well against Rain:

Rain is a hard character to master but is very rewarding for those who do. If you ever have a problem with Rain, this guide will be of great help to you along with some time in the lab. You can also check out some of our other guides which are also as insightful and should enable you to defeat any opponent that comes your way.