Mister Crimson: [CPT] proves that I need to be more focused and strict 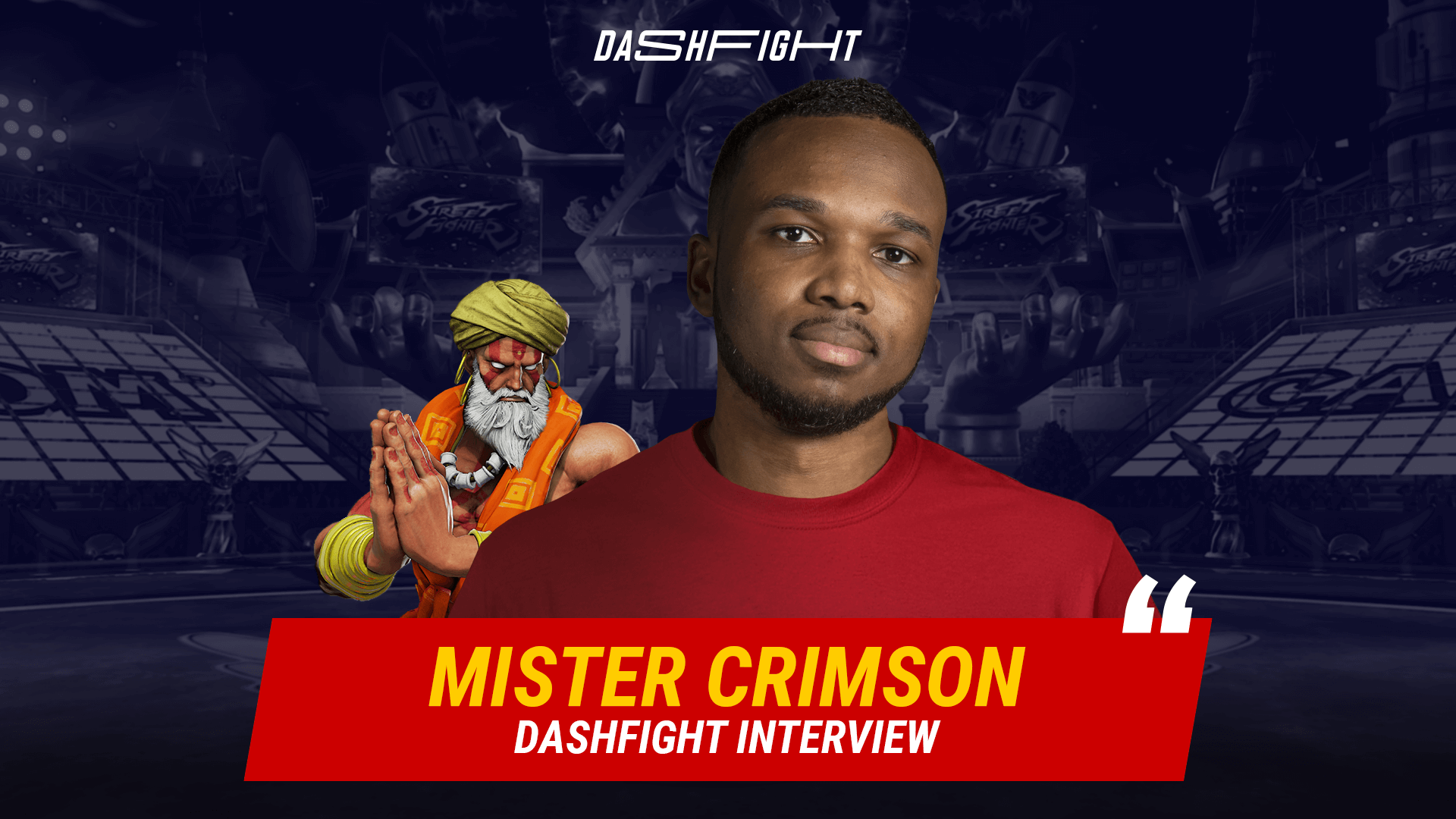 #Interview
The Winner of CPT France/Spain/Portugal talks about his performance, matchups in the tournament, and soon-coming Evo Online 2021

It’s actually not too surprising to see Mister Crimson winning the Capcom Pro Tour in his region. After all, this guy defeated some of the best players in the world during the recent offline SFV tournament Red Bull Kumite in London. At the same time, his run at this event wasn’t that easy — of course, due to having really good opponents (such as Luffy and VegaPatch), but also because of some performance instability.

Still, the result of CPT 2021 France/Spain/Portugal is all that’s needed. Mister Crimson has quite a lot of time to practice and get prepared for the Capcom Cup VIII.

DashFight reached out to Mister Crimson to ask a few questions about this CPT tournament. Without further ado, let’s check out what the player says in this short interview.

How does it feel to be back online after Red Bull Kumite?

Being back online is a bit sad, I have to admit it. But the fact that I can play on PC is bringing enough fun for me to play the game.

It feels like you had ups and downs during this tournament. Why so? Was it hard to find your game?

Yes, I don't feel like I’ve been playing my best game recently, maybe because I need to practice more. And this tournament, even if I’ve won it, proves that I need to be more focused and strict on the game.

Falling into the Losers Bracket — was it a shock to lose to your training partner? Did that affect your mood and motivation?

For sure, Akainu is one of the guys who I play with the most, and he’s been studying the matchup a lot recently. It was hard for me to face him on a short set and he managed to take it. After that, the morale was a bit low, but I knew that I still had a chance.

Match against JuniorLeo — Does Ken actually have any chances against Dhalsim?

Yes, Ken has a chance, but the matchup is not favorable. The longer the set is, the lower the chance to win in that matchup. I had Ft3 to adapt, so I was confident.

You won against VegaPatch pretty confidently. Is there a character advantage or something?

I think the F.A.N.G matchup is in Dhalsim's favor. VegaPatch beat me recently, so I gave a lot of work to have my runback, it paid off so I'm really glad.

Luffy was very good at pushing Dhalsim in a corner and dealing huge damage. But then you still used your opportunities. What are your impressions of the Grand Finals? Wouldn’t it be better to play Kolin instead of R. Mika in this matchup?

Against Luffy, you can never be really confident. His offense is one of the best, but I think my defense and strategy are ok against Mika on long sets. I think Dhalsim slightly wins this matchup. Kolin vs Dhalsim is in Kolin's favor, but the lack of experience of his Kolin would be a problem. Maybe I will need to be ready in the future.

Of course, Evo Online is a great opportunity to practice and put myself in hard situations against some of the best EU opponents.

Who in Europe (probably beyond France) do you consider the most dangerous opponent?

For me, in Europe, the hardest would be Problem X, he has a great strategic plan and a good neutral. On top of that, he plays one of the hardest matchups for Dhalsim.

Thank you, Mister Crimson, for this interview. I look forward to your matches at Evo 2021 Online, Capcom Cup VIII, and other events.

Guys, what about checking CPT impressions of other winners? We’ve published quite a few of them. For example, with Punk after his victory at Capcom Pro Tour North America East 1.

For everything else from the wonderful world of fighting games, stay tuned to DashFight on Facebook and Twitter.