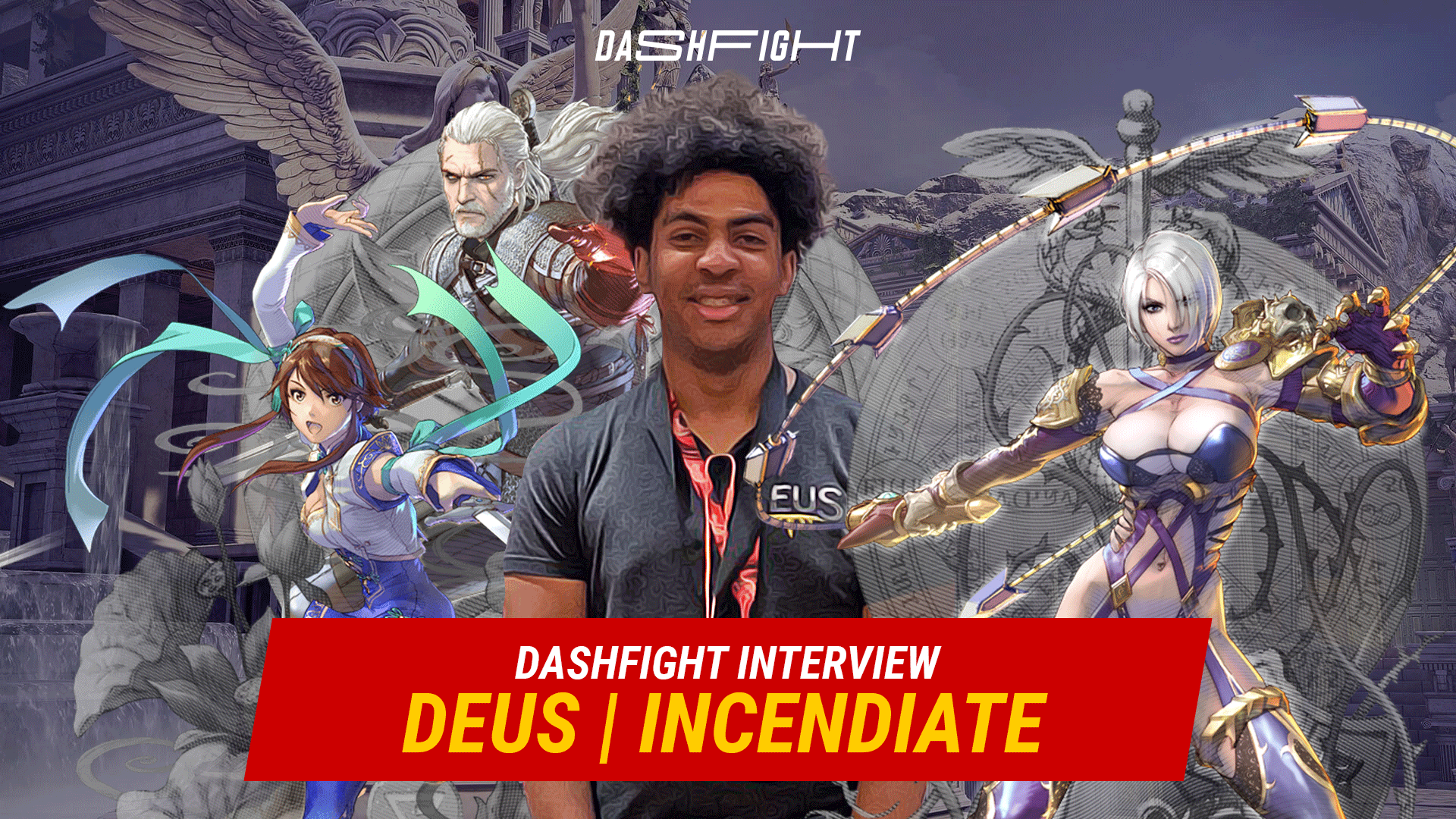 DashFight interview with the Soulcalibur VI Champion at Evo, Summer Jam, and East Coast Throwdown in 2022

Incendiate is well known in the Soulcalibur community — thanks to his dedication to the game and also thanks to his really great achievements at a few recent tournaments.

The player won Evo 2022. Yep, just this would be huge. But then, Incendiate became the Champion at Summer Jam and ECT 2022. That last victory was especially spectacular! He entered the Grand Final through Losers and had to switch three characters to reset the brackets and defeat 2B of NovaMage. After such a performance, we had no choice but to reach out to Incendiate and ask him a few questions.

So here we are! Here is DashFight’s exclusive interview with DEUS | Incendiate.

Evo, Summer Jam, ECT — how do you feel about these achievements? What helped you get these victories?

I feel the recent major victories I’ve had solidify my placement as one of the best Soul Calibur players in the world. Each tournament was very difficult and I worked hard to prepare and execute each win.

Falling into the Losers bracket and then winning an event — may that give you additional motivation? How do you activate your skills in such situations?

I think winning an event from Losers is significantly more difficult. I definitely get additional motivation as I want to rematch the specific person who sent me there, and try to adapt and play better. It reminds me I’m still able to lose while playing my best, which means I can still learn.

Was it tough playing against 2B? We don’t see her often at SC6 tournaments.

Fighting 2B is incredibly difficult. She has a lot of options at all times and keeps you guessing. She’s a very uncommon character and is masterfully piloted by NovaMage, so my matchup knowledge from the limited practice I’ve had against her paid off to clutch a very close Grand Finals.

Bringing Geralt to the match looked like a great idea. How many characters do you have in your active roster?

Geralt has a very specific purpose — to force neutral. So a crazy character like 2B can be tamed by someone like Geralt who’s very good at covering many options at once. Geralt marks the 3rd character in my roster only topped by my Xianghua and Ivy.

Who would you recommend as a character for beginners?

Beginner characters are pretty easy to come by as I firmly believe Soul Calibur is an easy to play hard to master game. You should play your favorite character. My recommended list for simple characters that teach you most of the game are: Geralt, Groh, Cassandra, Mitsurugi, Kilik and Xianghua.

After these victories, what motivates you in SC6?

I wanna be the best. I still have work to do and people I wanna beat. My soul has always burned, I play every tournament possible and I keep up because I love Soul Calibur.

Do you experiment competing in other games?

I play other games casually but I’ve yet to enter a tournament for something other than Soul Calibur. I’m open to the idea though.

At what tournaments can we see you playing again?

Thank you, Incendiate! We hope to witness many more of your matches.

If you feel inspired by Incendiate and his tournament performance, why not just grab a controller and play Soulcalibur VI? The game is really great, and we have some helpful materials on DashFight: