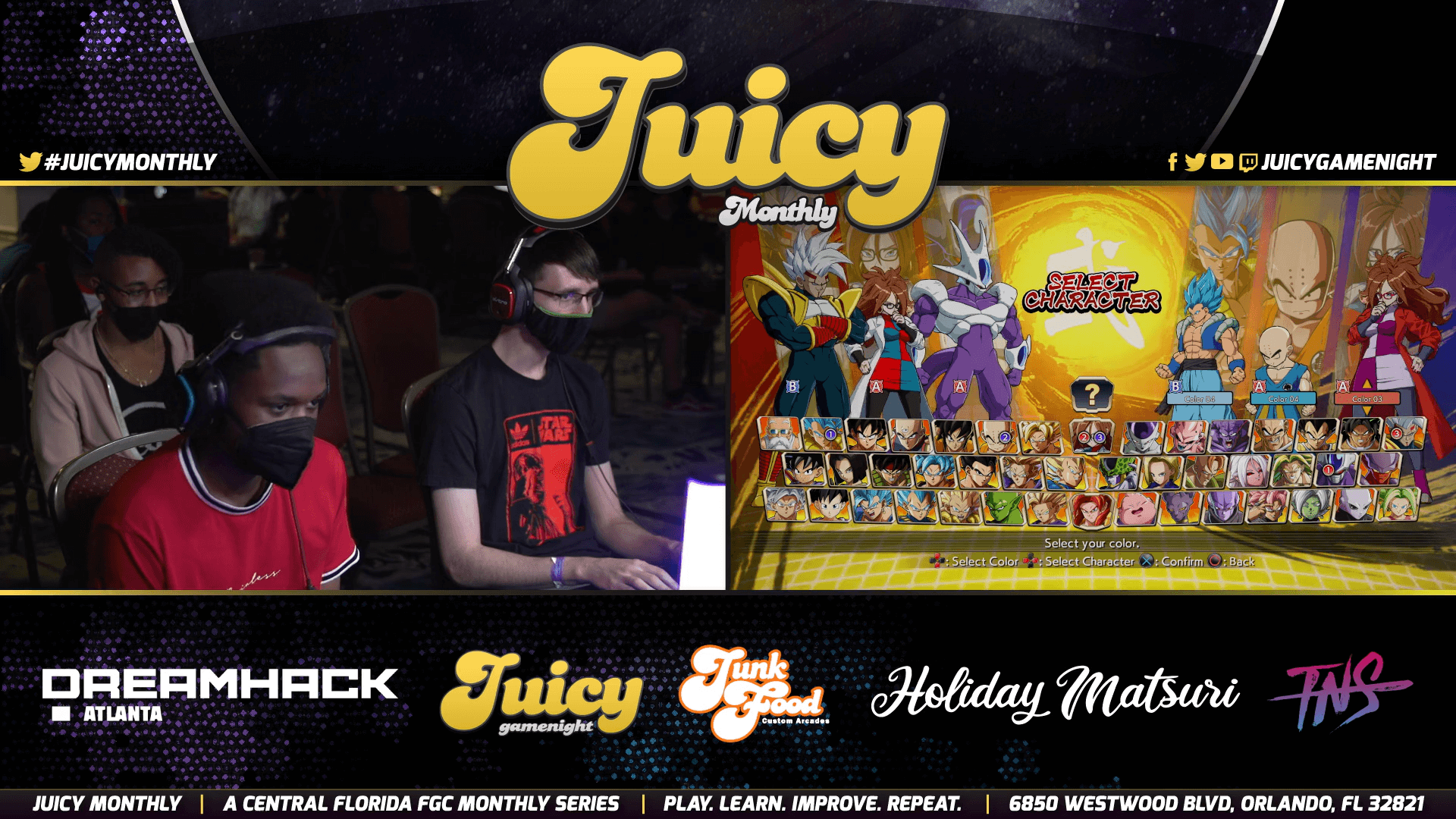 While Europe had its biggest fighting esports event, UFA 2022, some American players competed in smaller tournaments of Juicy Monthly, November. It’s a series of monthly (obviously) tourneys. Juicy Monthly highlights various games, and sure, Dragon Ball FighterZ is also in this line-up.

Around a month ago, we could witness DBFZ matches of Juicy Monthly, October. And now it’s time to enjoy the newest event of the series. Are you ready?

(Alas, the stream is not full — but we can watch the Top 4 up to the Losers FInal)

Drac did not change his team from the October tourney — but he put Krillin in the Mid position instead of Anchor. May this be his recipe for success?

The Top 4 part was an up-down-up journey for Drac. First, the player super confidently defeated Ksack, 3:0. But then, Drack lost with no chance to Adrian Riven in the Grand Final, 0:3. Thank goodness, it was only a bracket reset for him, and in the decisive match, the opponent could win only one game.

Drac is the DBFZ Champion at Juicy Monthly, November. Congratulations!

Do you agree that Android 21 Lab Coat is the most powerful character in DBFZ? We have a video about this on DashFight’s YouTube channel. Have you watched it?

And talking about not-that-big fighting esports events… Recently, there was a DBFZ tourney at King of the Sticks. Please, check out our short recap.