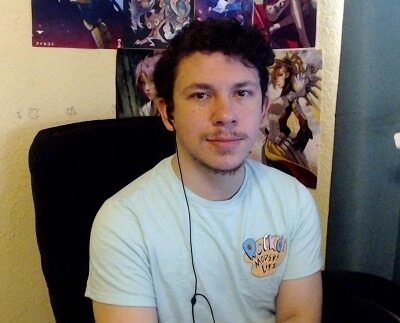 Terry "Tearbear" Winter is an American Super Smash Bros player from San Diego, California. He is well known for participating in the DreamHack Anaheim 2020 Tournament where he ranked 4th place out of 228 entrants in the Super Smash Bros Ultimate event. With a set win rate of 75%, he dominated his opponents in Pool B4, he played fellow participant ANTi in the Top 24 winners quarter-finals and won, but was eliminated from the event when he faced ANTi the second time in the Top 8 losers semi-final and lost.

Tearbear is a Banjo & Kazooie user currently ranked 14th on the SoCal Ultimate Power Rankings, he has earned total prize money of $1,736.53 from participating in 15 tournaments and is an aspiring bartender.

You can check him out on Twitch.