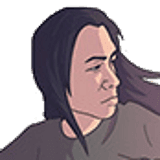 Frankie "Stupendous" Lee is a North American Street Fighter competitor from California. He's both experienced in Street Fighter IV and V as he appeared at numerous events and tournaments since the beginning of his career in 2014.

Despite that Stupendous is lack of big wins, he still achieved some notable results, such as 13th place at CEO 2016 and 25th at Combo Breaker 2017. At DreamHack Anaheim in 2020, he managed to take 5th place.

Stupendous is also a game designer at Blizzard and a Twitch streamer.