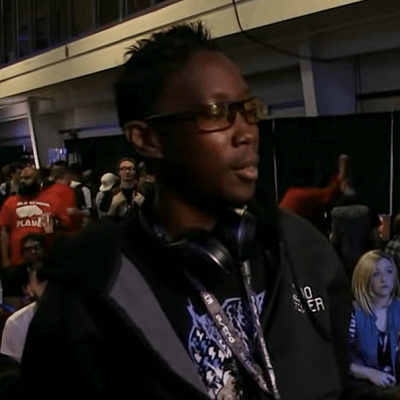 Aj Dharan, also known as "S.Talon" is a competitive gamer from the United States. He often plays Devil Jin in Tekken 7.

S.Talon is a regular participant in Tekken singles events at Ultima. He has also competed and placed 13th at Kumite in Tennessee, 97th at EVO 2018, and 129th at Combo Breaker 2019.

At Bud Light Beer League Tekken East 1, S.Talon ranked 17th with 50% set wins after being defeated by Donte in the winners round and Rick_Tha_Rular in the losers rounds.