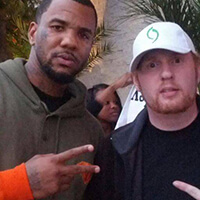 Timothy "Icy_Hot" Akins is a fighting games player from the United States, who performing mostly in Tekken 7 and Street Fighter V. Icy_Hot is an experienced player, as his career started in 2017 and he appeared at many local, regional and international tournaments since then, such as SoCal Regionals in 2017 and 2018, CEO 2019 Fighting Game Championship, and EVO 2019 where he reached top 100 in Tekken 7 tournament.