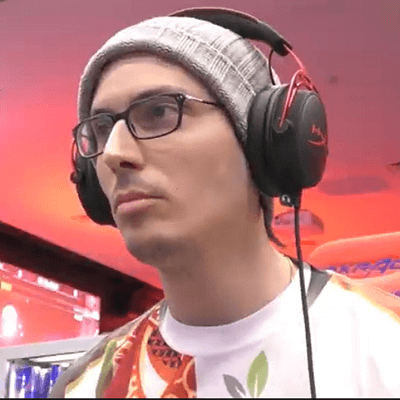 Benoit "Gunfight" Arquilla is a Street Fighter V from France who mains Alex and represents Team iXA. He resides in Tokyo while working as a 3D Character Animator and heads Alex Nation.

Gunfight burst on the scene thanks to his high-level Dudley in Street Fighter III: Third Strike. His skill with the character led to him putting a good show at major tournaments like Tougeki – Super Battle Opera and the 25th Anniversary Global Tournament Finals.

Following the release of Street Fighter V, he quickly gained renown as a prominent Alex player in Europe. Gunfight has competed in SFV singles at tournaments such as CPT Online 2020 East Asia, EVO 2018 & 2019, EVO Japan 2020, and Red Bull Kumite 2018.