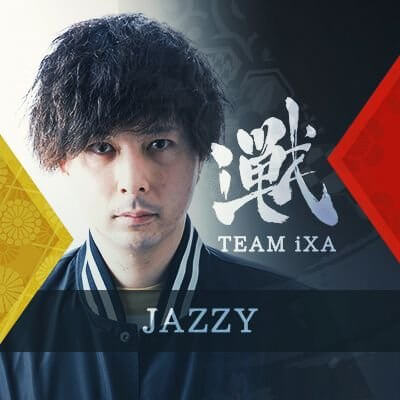 Jazzy (じゃじい) is a Street Fighter V player from Japan signed to Team IXA alongside teammates like Ïnaba and Gunfight whom are both known SFV players.

Jazzy is a Ken main in Street Fighter V. He deals with his opponents carefully without giving up momentum.He has competed in tourneys such as Capcom Pro Tour Online 2020 East Asia, EVO 2019, EVO Japan 2020, and Rookie‘s Caravan 2018.

He ranked 49th out of 1471 entrants in EVO JAPAN 2020. Despite being eliminated in the round 1 winners final by PANYA-HB, he fought hard till he reached the round 3 loser's bracket and was eliminated by xeno.