What DF Happened This Week? #3 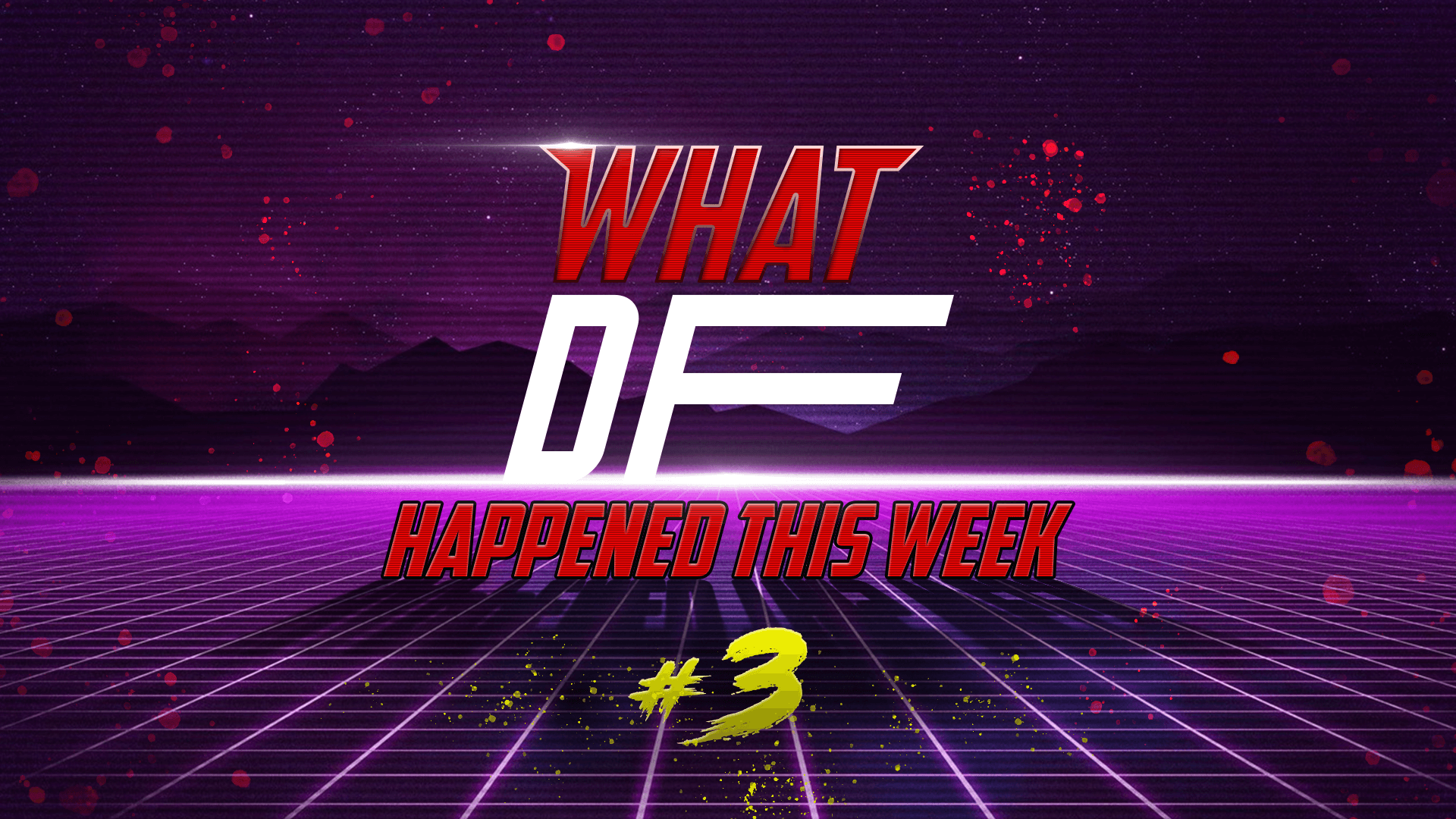 #What DF Happened
Tournaments, results, news, and everything in between! What DF happened in the FGC this week?

More and more FGC events are being held across the globe in many different disciplines. Some of them, like Street Fighter V, even reach the Olympics! This is "What DF Happened This Week?", your weekly guide into all the most relevant, interesting, and simply hypest information about the fighting games.

We at DashFight will continue to curate all the best pieces of information and provide it to you in the most engaging and digestible way.

With all that said, let's find out what DF happened this week!

Hi! We’re already in the third week of the “What DF Happened This Week?” This is its unchanging Tekken 7 part – Flamingo Stance. Here you can learn all the latest happenings in the King of Iron Fist Tournament world in a casual and engaging way. My name is Elizbar, and I will be your guide through the tournament results, game news, happenings in the pro-gaming side of things. I will share exciting stories, show you cool fan art and cosplay, and discuss any and every interesting topic. Osu!

Tekken Online Challenge is marching on, and as always, East Asia gives us some of the hypest matchups. Last week’s Tayan CUP was won by Rangchu, but this time around, he couldn’t overcome B-KUN in the Winners Bracket and then lost against Masa in the Losers. A perennial favorite, Chikurin, had a better showing but fell one step short of the Grand Final: he lost against Piyohiko first and then versus PINYA. The latter made it into the decisive match, having previously lost against Piyohiko, but he forced a bracket reset first and then clutched the win. Both matches ended with a score of 3:1.

Top-6 standings in the event were as follows:

HAKAIOH YUYU CUP didn’t linger behind in terms of excitement: almost all the favorites made it far, which gave us some heated battles. This time around, Chikurin did not make any missteps and got into the Grand Final after besting B-KUN and Double. He defeated the latter again in the decisive match to win the whole tournament.

French tournament organizer Evolve hosted the TFT RANKING #1 last week, and many elite European players participated in the event. The final top-3 was contested among the former WUFL participants: Danielmado, Super Akouma, and KiraKira. The former two made it into the Winners Final, where the Akuma main was victorious. Danielmado then defeated KiraKira in the Losers Final, only to be bested by Super Akouma again in the decisive match. The Frenchman swept the championship match 3:0.

Two weekends back, we saw the incredibly hype event LG UltraGear Fight Night hosted across the regions. For Europe, the winner was Sephiblack, who defeated Shirdel, Blackkazama, and DougFromParis on his way to the title.

I briefly chatted with him about his win, Tekken 7’s balance state, and the upcoming tournaments and plans.

Me: Last week you won the LG UltraGear Fight Night event against some premier European competition. Did you expect to do as well as you did?

Sephiblack: I was hoping to play well since I could prepare for my opponents. The players and the bracket got announced pretty early, so I had time to analyze them. This increased my confidence in my ability to win the tournament.

Me: What do you think of the current balance state of the game? Who are the strongest and the weakest characters, and who is overlooked by the community and could be a viable option?

Sephiblack: Besides the exceptional characters, I think that Tekken 7 is overall well-balanced. Unfortunately, the netcode has become worse, so the online experience isn't as good as it was at the start of Season 4. The strongest characters right now are, in my opinion, Akuma, Devil Jin, and Julia. Every character can be strong in good hands in Tekken 7, but the weakest among them are Eddy and the bears, Kuma and Panda. The most overlooked characters are Negan, Claudio, and Nina. These fighters are underrated and not seen enough in the tournaments.

Me: What's your opinion on the recently announced Evo Showcase offline event? Does getting there become your main goal for the season, or do you take each tournament as it comes?

Sephiblack: It's great to have a new motivation like Evo Online and qualifying for the Showcase event! This will be my current goal to practice for, along with ICFC. I will probably also participate in other small tournaments, but having a tournament like ICFC once a week is pretty tough! (Laughs)

Me: Thank you so much and good luck in the future!

Sephiblack: Thank you too for the interview! 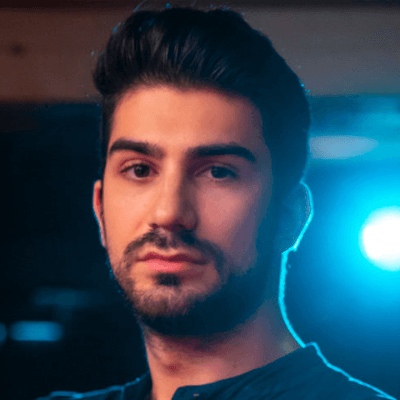 Remember our meme-themed Tekken quiz about the FAMILY last week? This week we brought you something more serious! A quiz about your general knowledge of Tekken 7! Test yourself right here.

That’s all for this week’s Flamingo Stance! I leave you with two fanarts from TBS | Hanny, and Anh.

Welcome to the Kombat Korner in the post-apocalyptic world that is NRS ceasing support for Mortal Kombat 11. So, how has your week been? Done crying in your pillows over the 'demise' of the game? Picked up a new game to play with now? Well, I'm here to take you through all the stuff that happened.

Err...well, to be honest, it does feel like there is a slight lull in MK action with Outworld TV done, and Evo not for a couple of weeks yet, we haven't had too much action to contend with.

But, thankfully, we had the CEO Path to Pro to tide us over. The competition started during the week and we have the first couple of results. It will, of course, continue this weekend, and we can look forward to more Mortal Kombat action.

However, we do have a tournament that we are all extremely stoked for.

The tournament takes place tomorrow and features some of the very best players in the world. If you need more info, you can check out this article here. That said, one of the players, Darth Conflictus, has been speaking about what the strategy from Team EU will be. According to him, they are in it to win it, and they have every intention of dominating the tournament.

Big words from Conflictus; here's hoping that he can live up to the billing.

Also this weekend is the Mash House Block Party tournament partly in conjunction with CGL gaming. There are going to be various fighting games, but Mortal Kombat 11 has by far the largest pot with over $1000 on the line. You can check out more details on their smash.gg page.

With the tournaments done, what else is going on? Well, Ed Boon has been tweeting a lot about Street Fighter, which prompted people to ask if there was perhaps a Mortal Kombat/Street Fighter crossover in the offing. There isn't. But, there could be. I mean, with Smash and the Nickolodeon all-stars game, along with some of the crossovers we've seen, including Power Rangers/Street Fighter, it isn't outside of the realms of possibility. That said, we'll have to wait quite a bit for this.

And that's it, hope you had a good week. I'll be here once again next week to take you through all things Mortal Kombat 11. Till then, stay toasty.

The Master Hand's Papers by Adico

The Box: The Juice

R.O.B player 8BitMan took the first-place finish at the Box this past Wednesday after a great winner’s bracket run that saw him take wins off ShinyMark, LeoN, and twice against Desmona’s Steve.

In their first match for the Winner finals, 8BitMan took the first set, but the second and third landed on the side of Desmona, but with Final Destination and Town coming up for R.O.B, he secured the entrance to the grand finals. By the time Desmona had dispatched Naitosharp’s diverse set of Fox, Wolf, and Diddy Kong in a 3-1 series 8BitMan was ready for them and locked out the event’s final game with a 3-0.

Speaking of Naitosharp, he had an expectedly good run through lower that, although it didn’t materialize into a Grand finals appearance, still earned him a third place, the sixth time he finished inside top 3 for the series.

In Chicago, the Tripoint Smash 106 will feature many games, including 82 competitors for the Super Smash Bros Ultimate bracket. At the moment, the three favorites to go deep into the bracket are Super Dan, Comet, and Pow Pow.

Starting at 7 pm local time with pools on Saturday, you can catch the action at ugsgaming's twitch channel.

In the southern United States in Mississippi, Ecolution will be taking place. One hundred twenty-one players will be playing through pools and a finals bracket for the winnings, including a 500 dollar pot bonus. Currently, Sonic main Sonido is poised to be the favorite, but there is a lot of talent in the pools which could rival the Illuzion Gaming player.

Sakurai’s Pictures of the Week

Another lovely closer for the week, Sakurai’s best pictures in the last seven days:

Intel World Open, a global Street Fighter V event held with the collaborative effort of ESL, Intel, and the International Olympic Committee. It was held as an accompanying esports event to the Tokyo 2020 Summer Olympics. A prize pool of $250,000 was shared between eleven participating regions. Here’s a list of all the regional winners:

We’re very close to the start of this year’s grandest FGC event – Evo. But before we dig into the main dish, let us look at what we have as hors d'oeuvres.

We already have the results for the two games: Skullgirls: 2nd Encore and SOULCALIBUR VI. Let’s take a look at the regional winners:

See you next week!