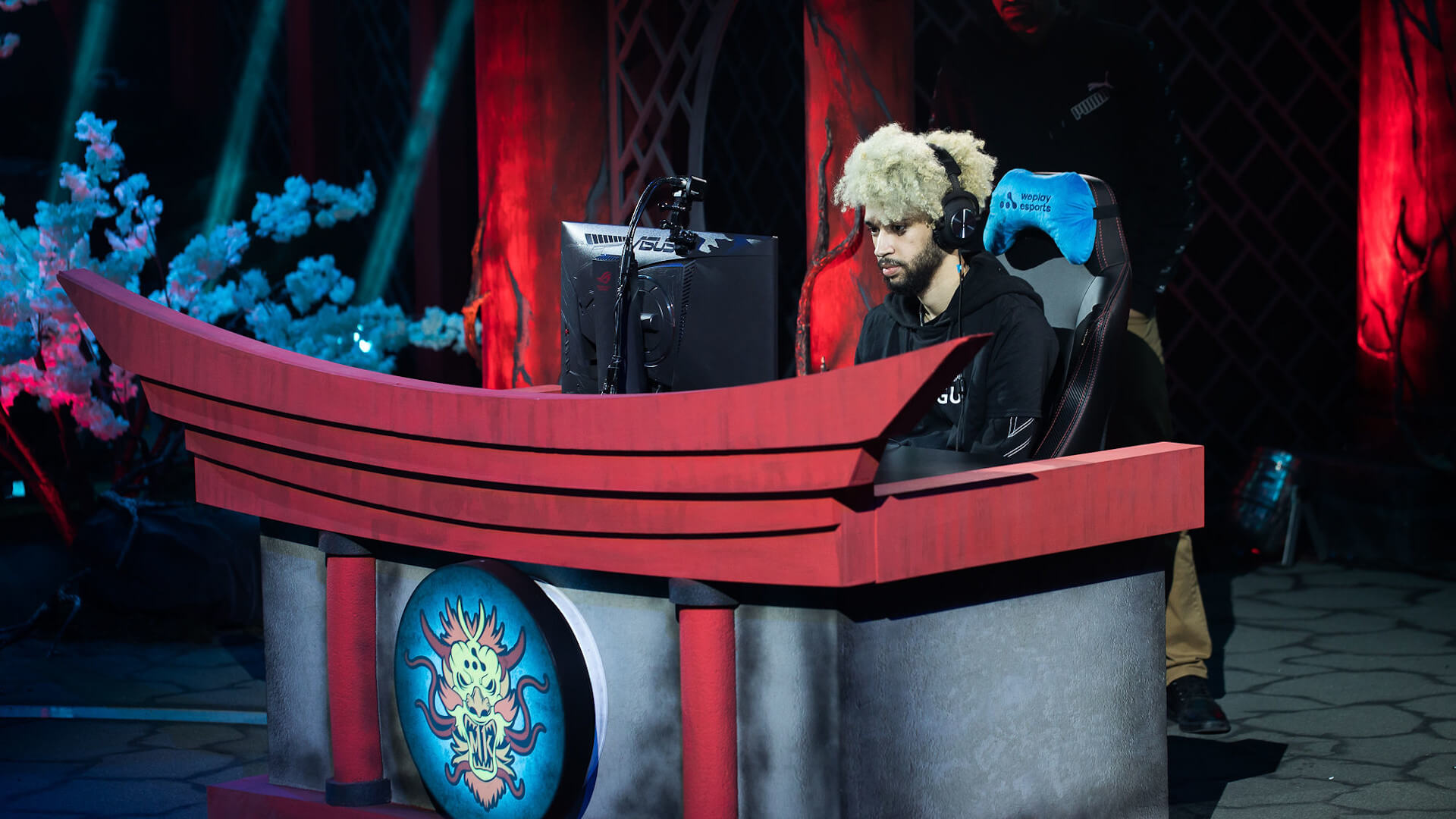 Images Courtesy of Weplay Esports
What a long and exciting day of offline fun at the Weplay Esports Arena. Here is all you might have missed from it!

For the first day of the Dragon Temple, fans were presented with a compacted tournament to get the players warmed up for the main event. As well as the fans, who have not been able to enjoy offline competition in over 9 months! The 14 participants were split into 7 teams which then competed in a round-robin group stage to find out the top 4 teams that moved on to the playoff stage of the accelerated event. The ruleset dictated that the player could not choose their main or secondary characters, and instead needed to dig deep for their pocket picks.

The clear favorites starting the day were F0xy Grampa and Hayatei's team, as the top players have been regularly reaching top results in tournaments and have a long history of coming in hard on offline events. There were also many eyes on the greener members of the participant pool. Hadoken and Avirk in particular had the biggest chance to move up standings by performing well here.

The group stage brought in some unexpected and welcomed results. Throughout the whole affair, there certainly were clear moments where everyone asked themselves "Are we sure these are not their mains?!". Here are some of the biggest narratives that we managed to catch through the stage.

The Brazilian came in with a single goal. To show that in an offline environment he was someone to fear, even with a so-called pocket pick. Throughout the whole night, he played a brilliant Johnny Cage so good that at times it seemed suspicious that he was somehow not the main pick. He was also a great teammate to 2ez each helping the other when the sets didn't want to go their way.

Are we sure Johnny cage is Konqueror's tertiary and not a main?
Konqueror popping off!
Konqueror came to divide and konquer

Dubasik's late bloom That was not Enough

Dubasik did not start out the team tournament in great shape. He wanted to push for a Liu Kang and Sindel combo early on. But as the night to set in he came to his own with his Sindel and stuck to it a lot more. Being able to secure sets over players that would undoubtedly be thought to be a little over his reach for tournament play in offline.

One of the unexpected great performances from today was the amazing play we got to see from time to time out of Azerbaijan on Sheeva. He and Hadoken might have not been able to move on to the playoffs. But they certainly played the spoiler for others on the back of this excellent Sheeva play.

After five hours of competition, the top four teams that moved on to the playoffs were:

Konqueror and 2eZ had to take the L early versus Grr and Tekken Master. While A F0xy Grampa and Hayatei took a bow out in their final set against Avirk and DizzyTT. Thus the finals came to be a great display of talent, even for a for-fun tournament.

Tekken Master vacuums a bug off the laboratory
Tekken Master’s patience pays off well to get ahead in the set
Hayatei Brings it back for the tie in the mirror JC matchup
Wait, you mean this is NOT Kombat League?!