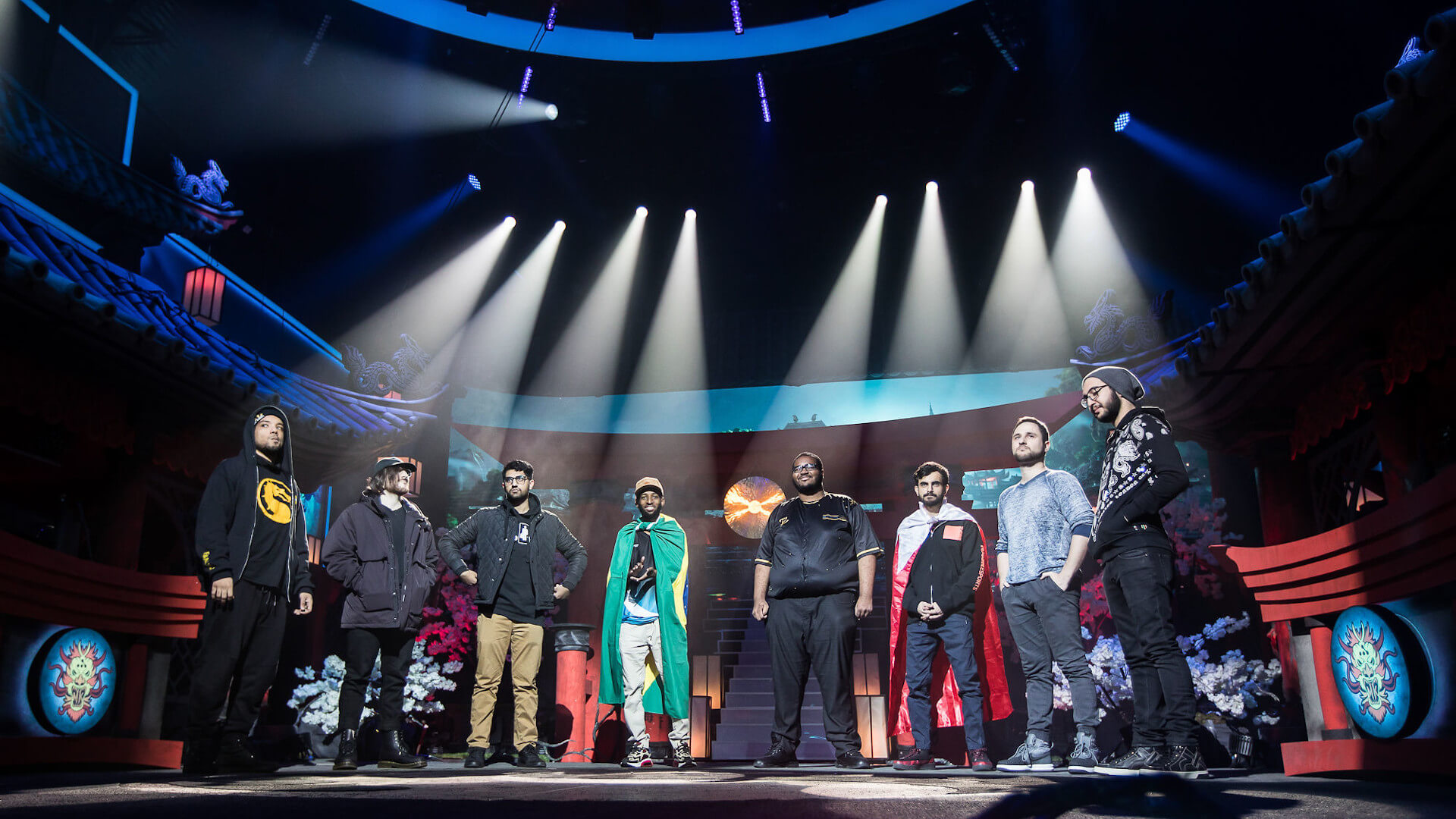 WePlay Dragon Temple has come to an end, and what end it was. If you want to know exactly how we got to today, go ahead and check out our previous summaries of Group A "Mortal" and Group B 'Kombat". At the very start of the playoffs, WePlay Esports also announced a new league to take place in 2021, the WePlay Ultimate Fighting League. You can read up a bit more on that here. It was then time to introduce the playoff players. All of whom had fought their way from groups. The top eight were:

From day 1 Tekken Master was seen as the best player in the tournament, a true rival for F0xy Grampa and Hayatei. But the level of skill that he would display across the three days of competition? Nobody could truly imagine. And after today, nobody can overstate. He made it clear that he was going to play what worked best to put his opponents on the edge and off their balance.

His flexibility was impeccable and will surely be studied by up and coming players. When it came to the Grand Finals, he showed that he was ready to face anyone. F0xy Grampa is without a doubt among the most successful players in the scene, but when he went up from the lower bracket to face the Bahrain Monster in the flesh, he did not stand a chance.

F0xy Grampa Still is a Beast

You might have just heard that F0xy went down 3-0 to Tekken Master. That result is deceiving, as he was as competitive as one can be against a player of Tekken Master's caliber. Furthermore. From his time in groups to his upper bracket run he showed everyone what he is capable of.

In the best of scenarios, F0xy comes back to his home in the UK and begins to lab and prepare for the next meeting of the titans. He now knows that there is a challenge out there and that he is poised to be the one to face it again and again.

Of course, no disrespect to the brilliant Canadian player. But it was hard to see such a prominent star of the scene almost miss the playoffs and then go down to lowers in the first round of play. Granted, he did lose to the eventual champion that round. But he would not have been in that precarious of a situation had it not been for his earlier group's performance. And throughout the bracket, he looked as if he was playing on par with his opponents.

Konqueror is the Bright Star of LATAM

Clearly, there was a top tier of players coming into the playoffs. Konqueror was not one of them. Mostly seen as a great competitor with a lot of potentials to blow up in the bracket and show what is capable of when given the chance. And he did just that. He pushed himself to the limit and even if that was not enough for this event it is clear that he knows what he needs to do for the next one.

He can come back to Brazil proud of his work and he knows that waiting for him will be a plethora of fans and players ready to help him to get ready for the next challenge, wherever that might take him

Grr a Man of Passion

The four players that filled out the lower end of the standings at the end of the tournament were no slouches. They are all capable of reaching higher finishes going forward. Grr showed his love and passion for the game and its community. Both in-game and in a lovely post-loss interview where he expressed it in a beautifully touching way. But don't let his loveable aura betray you, he will not hold back in any match and will make sure his opponents have to play a perfect game to beat him.

MK_Azerbaijan Proved he is a Worthy Opponent

MK_Azerbaijan is one of those players that we might look upon in a few months as a no-brain pick for a top 4 finish. He came into this tournament just hoping to do well in groups. Left it with high hopes for his future and made his countrymen proud.

MK_Azerbaijan adapting to the Brazilian star get his first set

If you knew next to nothing about the competitive Mortal Kombat community you might have thought that AVirk is a regular at this sorts of events, but no. He originally came up through the ranks of online competition. In part due to covid restrictions stopping the flow of in-person tournaments. With this being his first appearance in a LAN, we can now confirm he is not an online star, he is a full form competitor, ready to face off against the best in the stages worldwide.

AVirk ties it up once again, it all rest on the fifth set

Dubasik Had a Tough Weekend But a Great One Too

If you were simply looking at results Dubasik's weekend was not the best he would have hoped for. But from a learning and improvement standpoint, it was great. He set out to test his might against the top of the Mortal Kombat world, to expand beyond his national borders in Russia and he did just that. He will come back, be sure, and when he does do not be surprised if he is able to put up more incredible perfomances.

For more news on WePlay Dragon Temple and other fighting games, you can follow us on Facebook and Twitter or join our special Discord server to meet other players from the fighting games community.