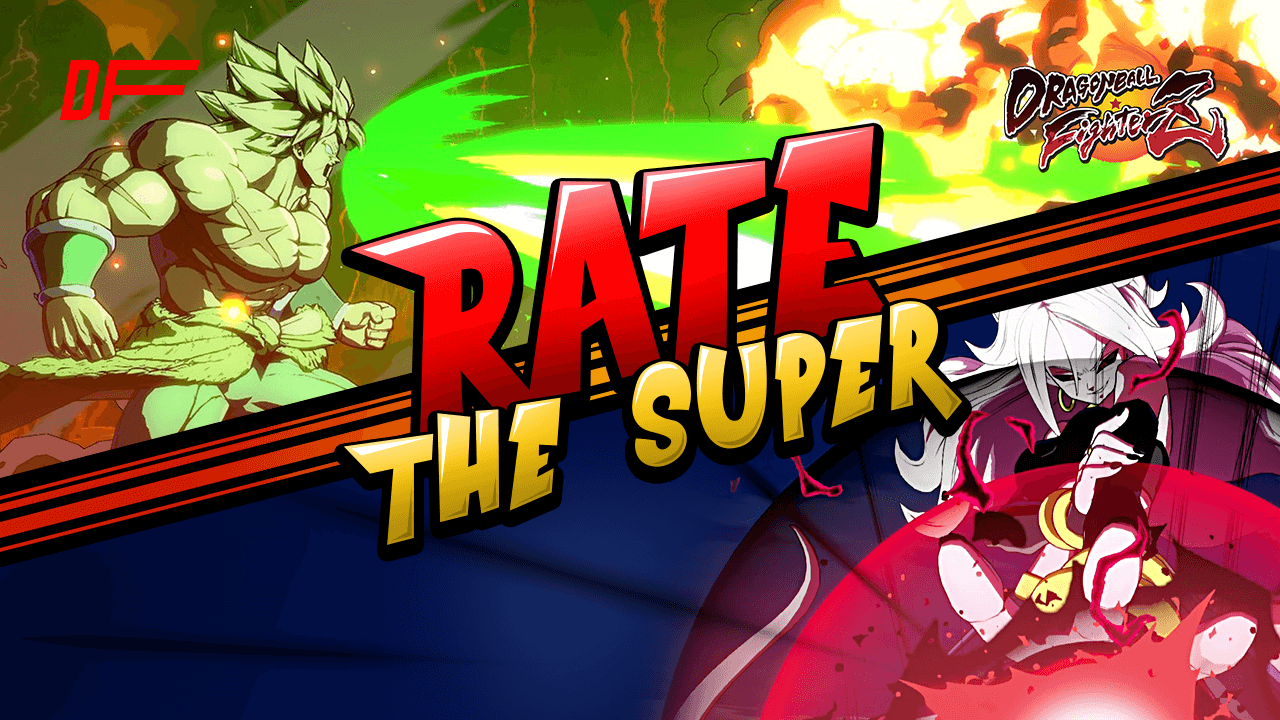 Everyone loves Super Moves in Dragon Ball FighterZ. They are spectacular to watch and satisfying to land. And they deal great damage — when you end your combos with proper Supers.

I enjoy those fantastic attacks probably too much, adding them here and there. But ok, the video is not about my incredible fighting style (I wish it were; I would brag about so many things). We are rating DBFZ Supers, so let’s start.

For disclaimer, guys, we have only Level 3 Supers here. Because… Why should we bother with those Level 1s when we have infinite power in our hands and can do some awesome stuff?

Broly DBS looks totally wild while performing his Super. It’s like he can not keep his internal rage, and it overwhelms him. The beasty nature takes control into its mighty hands.

We have all sorts of things here: transformation, energy beams from the mouth, and explosions.

Another guy who shoots energy from his mouth is Nappa. But look at that! It’s nothing in comparison.

Broly even looks exhausted after such an impressive burst.

This Super is definitely worthy of being added to our list. And other villains should learn something from it! Frieza’s Supers are kind of too straightforward and even boring. Cell just beams Kamehameha — devastating, but still simple. Captain Ginyu… oh, this guy is better at posing than in delivering Super Moves.

Only Cooler is close to being honored. His Super is so brutal… But no. Broly DBS is much, much better.

Who could possibly think that this girl is capable of such power? And unlike Broly, she seems to totally control her energy. Kefla explodes with many beams, uses energy streams to grab the victim, then explodes again, and shoots disks and beams. Wow!

Just to compare — look at the weak attempt of Krillin. He’s a cool guy and everything. But what’s that? It’s hard even to call an energy beam after seeing those of Kefla.

Somehow, Gigantic Burst reminds me The Work of a God of Goku Black. It has the same control over the situation but with a much darker atmosphere. Still, Kefla wins here as her move is much more spectacular.

Gotenks is a funny character, and his Level 3 Super perfectly reflects that attitude. The guy turns his opponent into a ball and then plays volleyball for a while. That’s unusual and positively stands out from the mass of other DBFZ Supers.

The whole thing becomes hilarious when there is Piccolo in one team with Gotenks. The Namekian participates in that volleyball game and then starts complaining about his role.

There are some other team-based Supers, such as Justice Rush of Videl, where she beats the victim together with Great Saiyaman Gohan (are we still talking about DBFZ, or it’s already an SFV guide with Akira Kazama and her brother Daigo?)

Gotenks is so in tune with the whole game atmosphere! His Super absolutely must be on our Top list.

Android 21 has been created especially for this game, so it’s no surprise the developers made her Super unique and great. She turns opponents into sweet stuff and eats them. If the Move KOs the victim, Android 21 just swallows the thing. She throws it away if the fight should go on.

A great thing about Android 21’s Super is that it changes in the air. The girl rushes towards the victim, whirls around them, and then shoots a deadly energy beam. This version of her Super is called Excellent Full Course. It looks even a bit more traditional but totally spectacular.

Majin Buu also turns his opponents into candy. This move doesn’t have the same level of drama — throwing it away with disgust on the face. Also, Majin Buu has one Super only.

On the one hand, the game has a lot of similar attacks. On the other, though, no one has managed to reach this level of awesomeness. SSGSS Goku demonstrates the best of his training in countless anime episodes. He surrounds himself with powerful energy and rushes towards the victim to land a few hits (including Vanish to teleport to their back). Then Goku shoots his best Kamehameha, and (if you hold the button) he continues with Level 5 Super — launches himself up and penetrates the body of that poor opponent. It’s the best the game has to offer.

Super Saiyan Blue Vegeta is very close to that greatness, but Goku is obviously better. Ultra Instinct Goku, SSGSS Gogeta, and even Bardock try to use the same pattern in their Supers — no, Super Saiyan God Goku is… you know, god-like.

And so many other characters with great Supers fade into oblivion when we start comparing their energy beams with x10 Kaioken Kamehameha. Master Roshi with his muscles, Super Saiyan Vegeta with all his arrogance, and even Gohan who summons relatives to shoot Kamehameha — nope, they are not even close. SS4 Gogeta is brilliant with his instantly killing 100x Big Bang Kamehameha. But that effectiveness doesn’t have the same visual wow effect.

What do you think? Do you like x10 Kaioken Kamehameha? What DBFZ Super would you add to this list?

Please, let us know in the comments on our YouTube Channel. And don't forget to follow us for other awesome fighting games videos.

For instance, what about taking a look at the reasons... Why You Suck at Dragon Ball FighterZ?