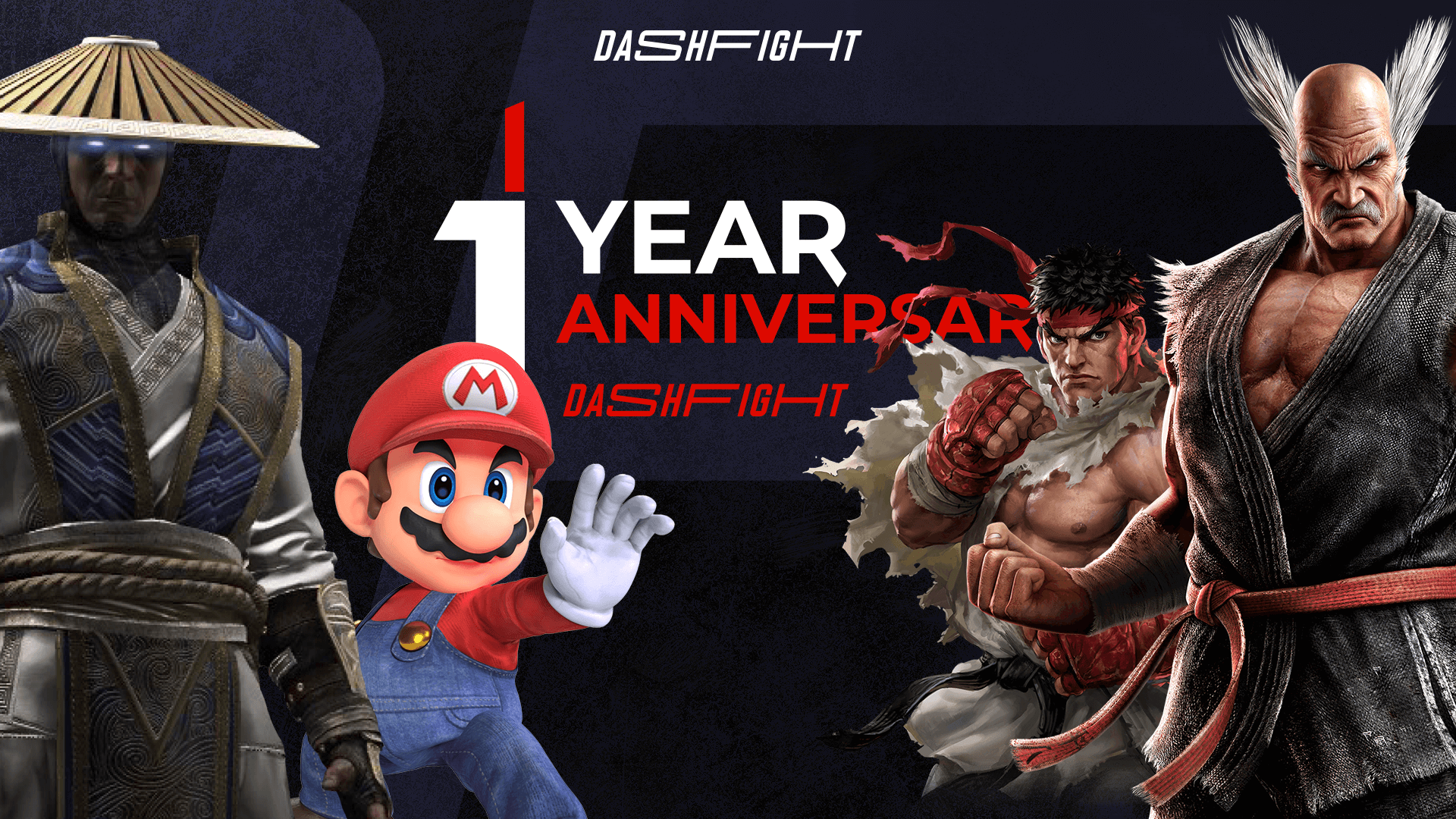 #DashFight
From our humble beginnings, we look back at what has been an amazing year

They say the only constant in life is change. Evolution is a sort of change that occurs as an entity adapts to the reality around them. For example, Ryu looks a lot different today than he did in Street Fighter 1. Now he has a beard, more muscles, a careworn face, and the scars that tell the story of his experiences. Ryu has evolved, and for those who have followed the Street Fighter franchise, his growth is one of the more fascinating story threads.

An Evolution over 12 months

In the same vein, DashFight has grown over the last year as a company and a multiverse. Starting out with barely any resources and information, we have been able to slowly and painstakingly build a fighting game hub that we are proud of. If you want a clearer view of what we did over the last 12 months, check out our article that goes over the DashFight timeline.

We eat, sleep and dream fighting games. This is a genre that means a great deal to everyone on the team. Understandably, most of the crew suck at playing the games, but if there is anything we all know, it's that the FGC isn't made up of players alone, but of fans, media, enthusiasts, and so many others. Therefore, everyone in DashFight has a preferred fighting game. However, to maximize our output and productivity, we currently limit our coverage of fighting games and, so far, focus mostly on the following:

There will be more games added to that list soon, but it was always better to start with a manageable list before building out from there.

We have already talked about the team in this article which highlights what each arm of the DashFight family does. We're a close-knit crew and have slowly evolved as a unit. When the team started, there were fewer members, and they were mostly from one place. But as time went on, the team has grown out and now has members on three continents and from over six different countries. Our evolution as a team has been incredible, and as we worked together, the synergy between each teammate only grew more and more.

Our Hope for the Future

As mentioned in the beginning, evolution is a constant. Therefore, we hope to continue growing as a team. We hope to try new things, to experience triumphs and trials together. We hope to fight battles as a unit and come out on the other side with stronger bonds. We hope to commune with our user base more and create a healthy haven for all fans of fighting games. We hope to help the FGC grow into the potential it has as a means to bring people out of poverty, and teach people important lessons in life through the power of community and competition. We hope the readers evolve with us, and we can't wait to spend the next 12 months with you.