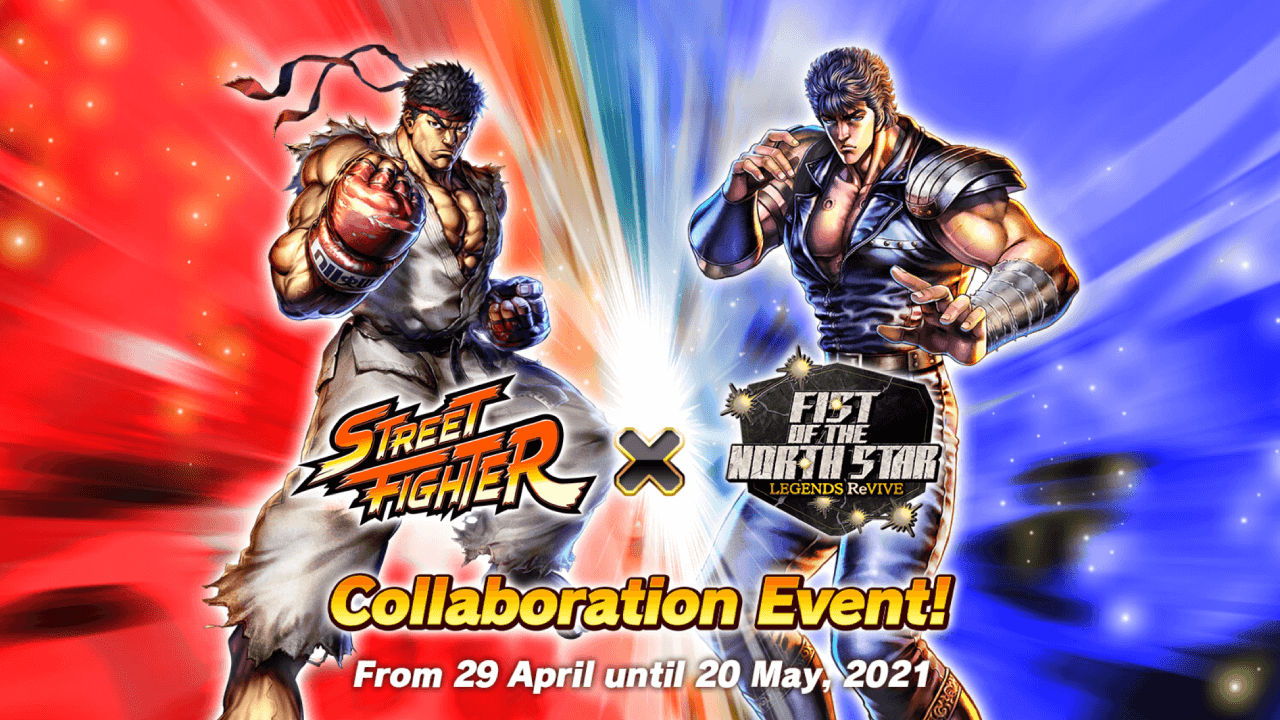 Pic Source: hokuto-revive.sega.com
#News
Would you like to try a totally different style of fights having some familiar heroes? Ryu, M. Bison, Chun-Li, and Sakura explore new virtual worlds

Capcom is pretty enthusiastic about bringing even more players into their fighting game. The company continues expanding the partnering network and adding their heroes to various titles. This time, you can get a few Street Fighter characters in the free-to-play mobile game Fist of the North Star LEGENDS ReVIVE. It’s a time-limited crossover event, active till May 20.

The game is based on the manga series Fist of the North Star, but you don’t have to know it to enjoy fights against awful criminals of the post-apocalyptic world. Battles here have totally different mechanics than in traditional fighting games - it’s more about the precise timing of tapping the screen, managing your party, and grinding to unlock (revive) new characters. The production value is impressive, with a story to keep you involved, anime-style cutscenes, and multiple gameplay features. At the same time, it’s a classic free-to-play mobile game that needs your purchases of virtual items to fund the whole adventure.

Everything may seem a bit complicated, so it’s better to figure out all the details directly in the game. It’s worth noticing that your Fist of the North Star party should be nicely developed to succeed in Street Fighter challenges.

Overall, the idea seems to be interesting - Fist of the North Star LEGENDS ReVIVE really allows players to take a look into the Street Fighter universe, with the story, visuals, characters, and even music. To fully enjoy the game, you need to be ok with all the features of free-to-play mobile titles, though.

Previously, Ryu and Chun-Li joined the Battle Royale matches of Fortnite - that was announced during the Japan Fighting Game Publishers Roundtable #2.

Also, both these legendary Street Fighter characters have been added to the game Power Rangers: Battle for the Grid.

What do you say? Can such cooperation bring more gamers to the fighting genre? Will you personally start a new game to get familiar characters in it?