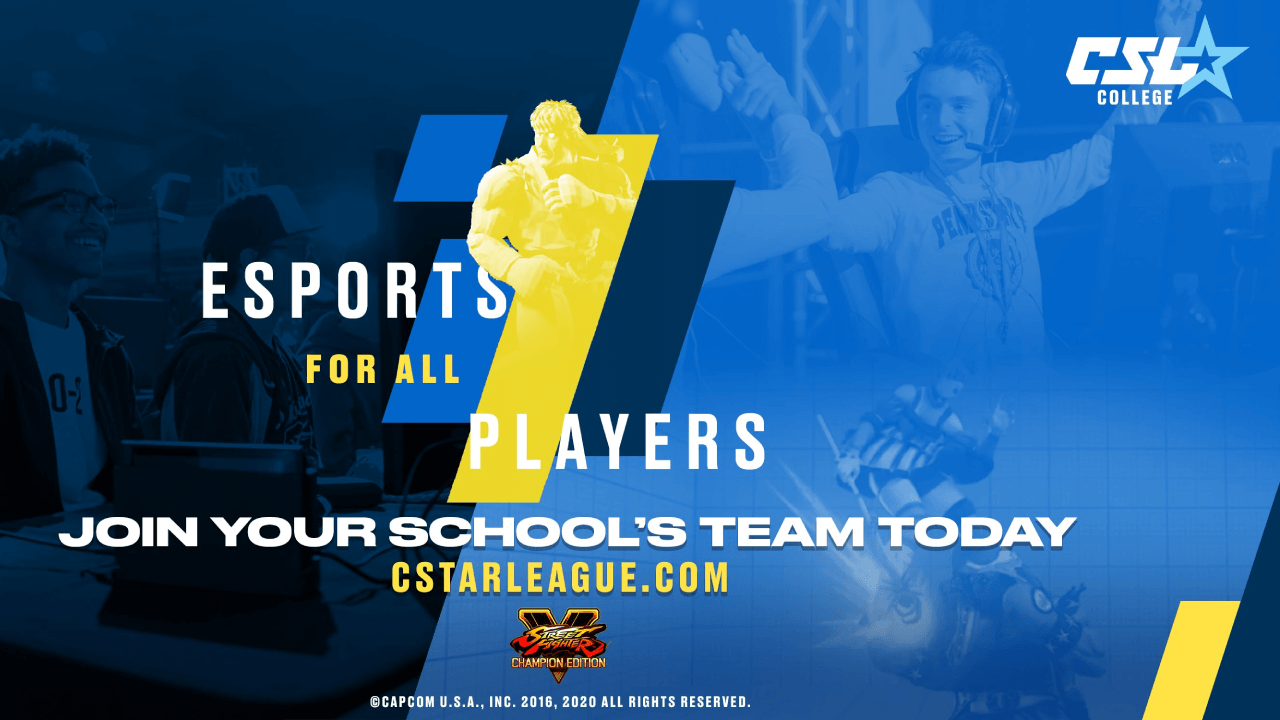 Capcom
#News
Would you like to prove your skills and participate in Street Fighter V North American Collegiate Championship?

The start of an esports career is full of uncertainty. Most young players still do not have confidence in their game power and they need to prove their abilities to lots of people in the community. Participating in various tournaments for beginners is a great way to solve these problems and boost yourself into a happy future in esports. The platform CSL is exactly a place for this! And it has a regional Street Fighter V tournament planned for October-February. Join this competition for the chance to play at the upcoming SF5 North American Collegiate Championship.

The registration for SFV College League is open - this has been announced by the official Twitter account of Capcom Fighter:

Of course, you should have some basic experience to start the journey to becoming one of the best Street Fighter V players! Take your character to many training matches to get prepared for this and many other SFV esports events.

Who knows, current students may shine brightly on such big tournaments as Capcom Pro Tour.