Nitro: I will continue to practice harder 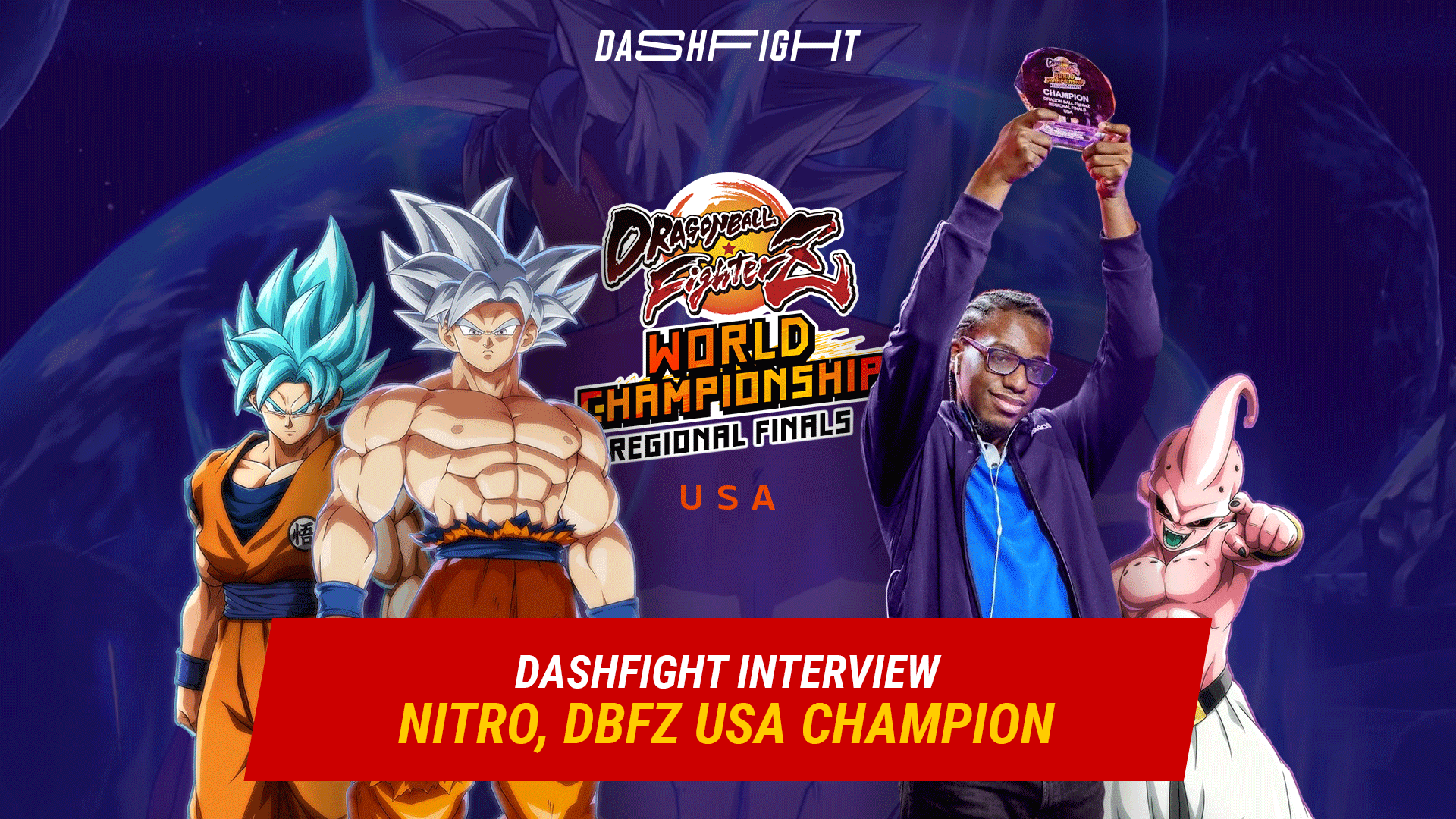 Becoming a Champion in a fighting game is quite an achievement. We all know how much dedicated practice is needed to get to the pro level. Then, you need to defeat those who are already on top...

The practice of Nitro is dedicated all right — there is no doubt about this. And as for top opponents, the guy has SonicFox themselves in his discipline. At the DBFZ Regional Finals, that opponent was defeated.

Nitro has become the USA Champion! He will continue the fight for an even bigger title at the upcoming World Championship Finals, so it’s time for both celebration and more practice.

DashFight reached out to Nitro after the Regional Finals to ask a few questions — please, check out this interview.

- How does it feel to defeat SonicFox twice during one event? What changed between the Group Stage and the Playoffs?

- It felt good ‘cause it showed all that practice could bring me to this point.

The thing that changed was I played less nervous, I would say.

- The Semi-Final against ApologyMan — was it that easy as it looked like?

-  It wasn't because we were both struggling to control our nerves, and it was I who could overcome it first.

- What was the most difficult matchup during this tournament?

- The most difficult matchup would be SSB Goku vs base Vegeta.

- You played UI Goku, Kid Buu, and SSGSS Goku. How strong are they this season? Why these characters?

- I think Kid Buu and Blue Goku are very strong at the moment. UI Goku might be a little lacking, but he is still good.

These characters were chosen ‘cause I wanna be able to make sure I mix-up when I win neutral.

- Do you feel ready to face top players from Europe and Japan? Who from other regions are you looking forward to playing against?

- I feel ready, but even then, I wanna be able to get better than I am now.

I hope to fight GO1, Fenritti, Yasha, Wawa, and Shanks.

- Will you do some special preparation to repeat this success against SonicFox?

I will continue to practice harder and maybe look at more characters for preparation.

Thank you for the answers, Nitro!

Guys, we have another very special thing for you from Nitro — his video guide on Janemba, published on DashFight’s YouTube channel. Enjoy and improve your skills!

Also, our fighting games platform has an interview with the European DBFZ Champion, Yasha. Don’t miss it!