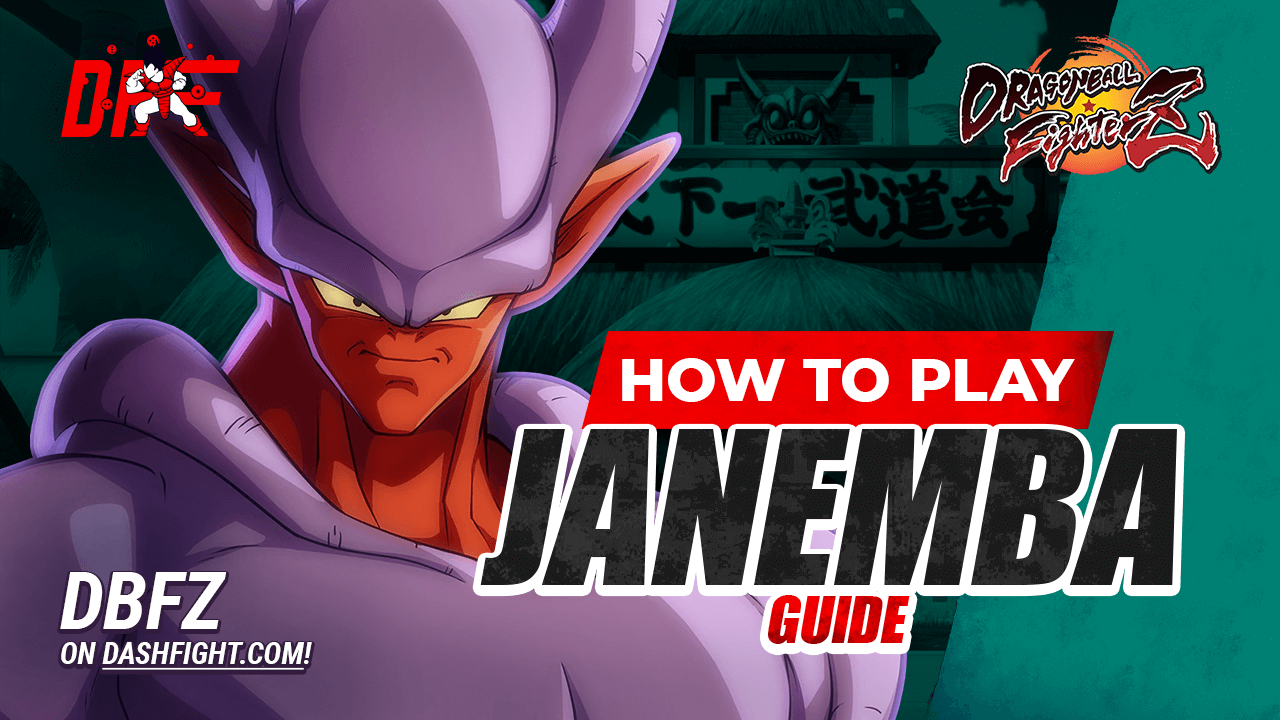 The Dragon Ball universe has so many excellent villains — ruthless, ready to bring chaos and destroy planets. Janemba is one of the best among them… or worst… Whatsoever, this guy is evil, absolutely evil. He will definitely find some “supporters” among fighting games players.

Ok, it’s not about his evilness (there are not so many references to that in the fighting matches). Janemba is great because of his exceptional abilities! Most of his neutral attacks are very solid, he has very good assists, and… Oh, we actually have someone else to talk about the advantages of playing Janemba in DBFZ! DashFight continues the series of character guides with this video created by Nitro.

This esports professional (known previously as Nitrobros) won Dragon Ball FighterZ National Championships — USA East and finished 4th at the solo tournament of Dragon Ball FighterZ World Championship Opening Event. In his Janemba guide, Nitro explains how to pressure the opponent, what buttons are the best during fights, what combo you can perform with this character, and some other interesting stuff. Hopefully, you will find inspiration to play Janemba and will be able to improve your DBFZ rank, having this pure evil in your team.

Janemba has quite effective options in the anti-air game as well. His 2H is the highest-reaching 2H in DBFZ.

According to Nitro, Janemba has an assist for almost every team in the game.

As examples of pressuring tools, Nitro mentions teleport, 2L, and Janemba’s command grab. The command grab is fast and far-reaching; it’s hard to see it.

Cross-up of this character is very fast, as Janemba uses JL.

Nitro shows these combos for Janemba:

The third combo is more challenging than most combos in Dragon Ball FighterZ, so Nitro gives a very detailed explanation for it.

The strength of Janemba is his ability to control the space — he has some very powerful tools for this.

Janemba is very good at cross-up. He has good air buttons to use, for example, in blockstrings. His mix-up options are hard to see. Janemba’s grab covers an extremely big distance.

There are not many things at which Janemba is bad. Nitro mentions using 5L when a player is scared and doesn’t know what to do. This 5L has a very small range, and the opponent may punish it.

What do you think? Do you feel motivated to jump into the game and start practicing Janemba? Please, let us know your opinion on this character through the DashFight Forum.

This DBFZ guide is the first one in the series of such tutorials. We at DashFight look forward to bringing you helpful advice from esports professionals. To not miss new videos, subscribe to our YouTube channel!