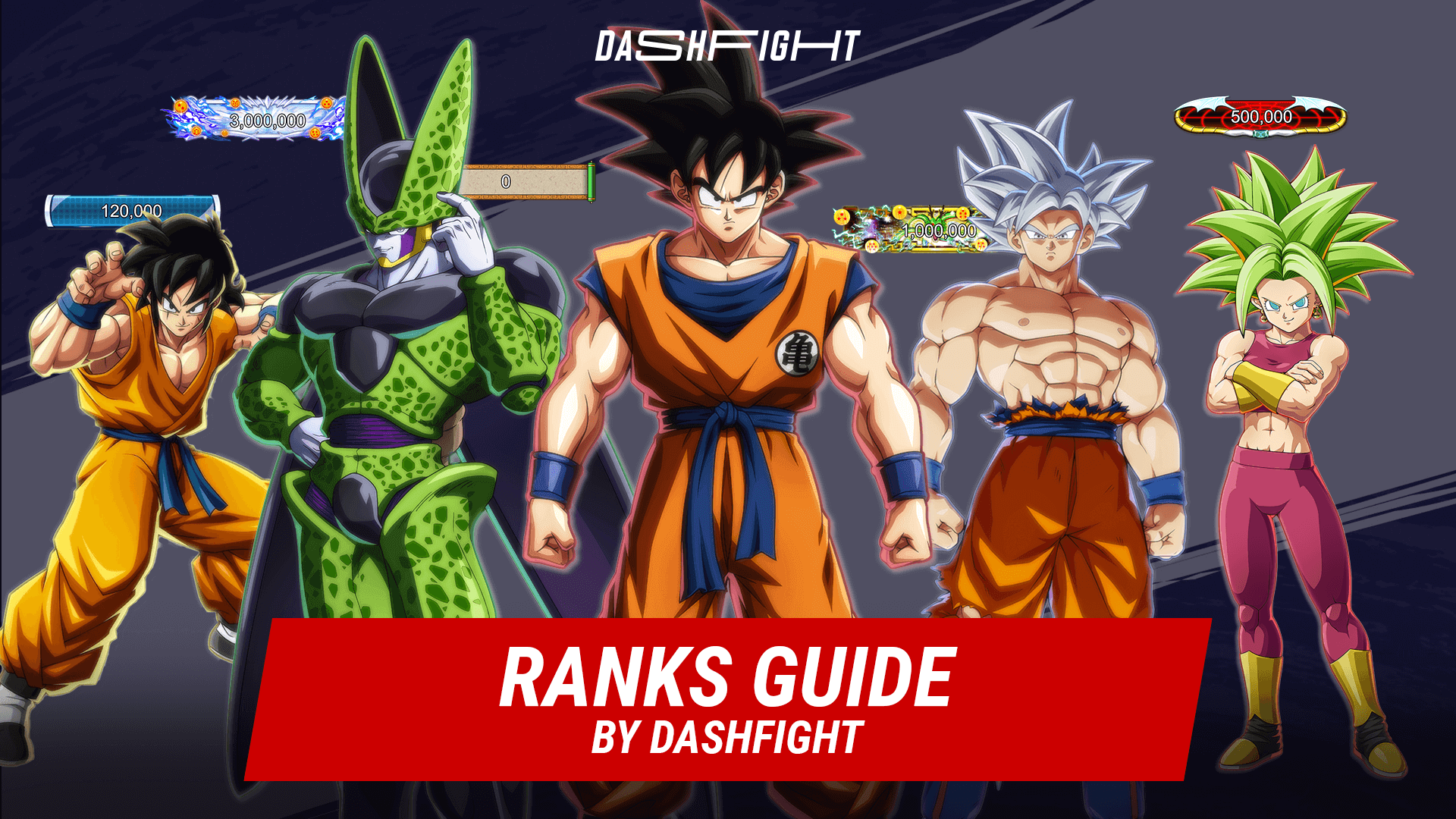 Everyone starts as Saibaman. Can you grow to the level of Great Priest or probably even Zen-Oh?

Fighting games are all about competition. We train, improve our skills, and learn new tricks to defeat opponents and become better as players. There should be a clear measurement of such progress that gives additional motivation to put in even more effort. A ranking system is exactly such a thing.

Ranks are present in most games (for example, in Street Fighter V and Tekken 7). And even if the general idea of dividing players into categories by their current in-game successes is pretty much the same in different titles, each time, it’s still implemented with unique practical features.

So what about ranks in Dragon Ball FighterZ? How have the developers named them? How do players achieve better ranks? And most importantly, why should we care about them?

Why Do DBFZ Rankings exist?

Ok, there definitely are much more important things in your personal fighting games experience than ranks. For most people, that fun you have while playing a game is the best indicator of progress. If fun is here, then everything is great!

Sometimes you win matches. Sometimes you lose them. Even the greatest of professionals have wins and losses. And for players, rankings are just a technical tool for checking how well they perform in this specific period.

Technically, rankings allow the game to make online matchmaking interesting and challenging. You face an opponent with a similar rank, so both enjoy the fight; no one is overpowered, no one is destroyed. There is no other practical purpose of ranking in Dragon Ball FighterZ.

And beyond that dry practical approach, ranks bring an additional layer of excitement and really help players feel the competitive spirit. You don’t have to bother yourself with them. But will you be able to not follow your personal progress in the ladder of DBFZ ranks?

All Ranks in Dragon Ball FighterZ

Every player starts with the lowest one, Saibaman, having 0 Battle Power. Then you start fighting and (hopefully) winning multiplayer Ranked Matches. Here is the path you might travel in the game.

How to Improve your DBFZ Rank?

The basic formula here is simple: you win Ranked Matches and earn Battle Power; you lose matches, and you lose BP.

To play Ranked Matches, go to the top of the game lobby (you should be in the online mode, sure) and talk to a guy in the World Match section. He will propose to “Enter Ranked match.” Then, you will be able to set some options:

To earn even more Battle Power, risk and choose Challenge for the Opponent Rank. If you defeat someone with a higher rank, your reward will be better. If you lose such a match, the system will take less BP from you.

When you face an opponent with a lower rank (with the option: About the same) and get defeated, the loss of BP will be bigger.

Some players choose to exit a match and keep their BP instead of decently losing this fight. In such situations, the winner doesn’t get well-earned points. If a DBFZ player has such a bad habit, their name in Ranked Matches becomes purple, so it might decide to decline this fight.

How Many Players of Different Ranks are in Dragon Ball FighterZ?

If you like to compare things, you might be interested in how you perform in comparison to other people. According to the in-game leaderboard, the game has:

This is just a general representation, and the situation changes constantly. Still, the patterns remain valid for all the platforms.

Danger Indicator — an Alternative to the Ranks

The game has another system of evaluating the skills of players. It’s named Danger Indicator and represented by colored square signs near the name. The color determines the skills level:

What do you say? Do ranks in fighting games motivate you to play more and practice harder? Please, share your opinion on DashFight Forum.

It’s often recommended to start a new fighting game with single-player modes, such as Story and Arcade. It’s a great way to understand the basic mechanics and enter the competitive level. DBFZ motivates players to do this by giving players powerful fighters — read about them in our guide “How to Unlock all Characters in Dragon Ball FighterZ.”