How to Unlock Characters in Dragon Ball FighterZ 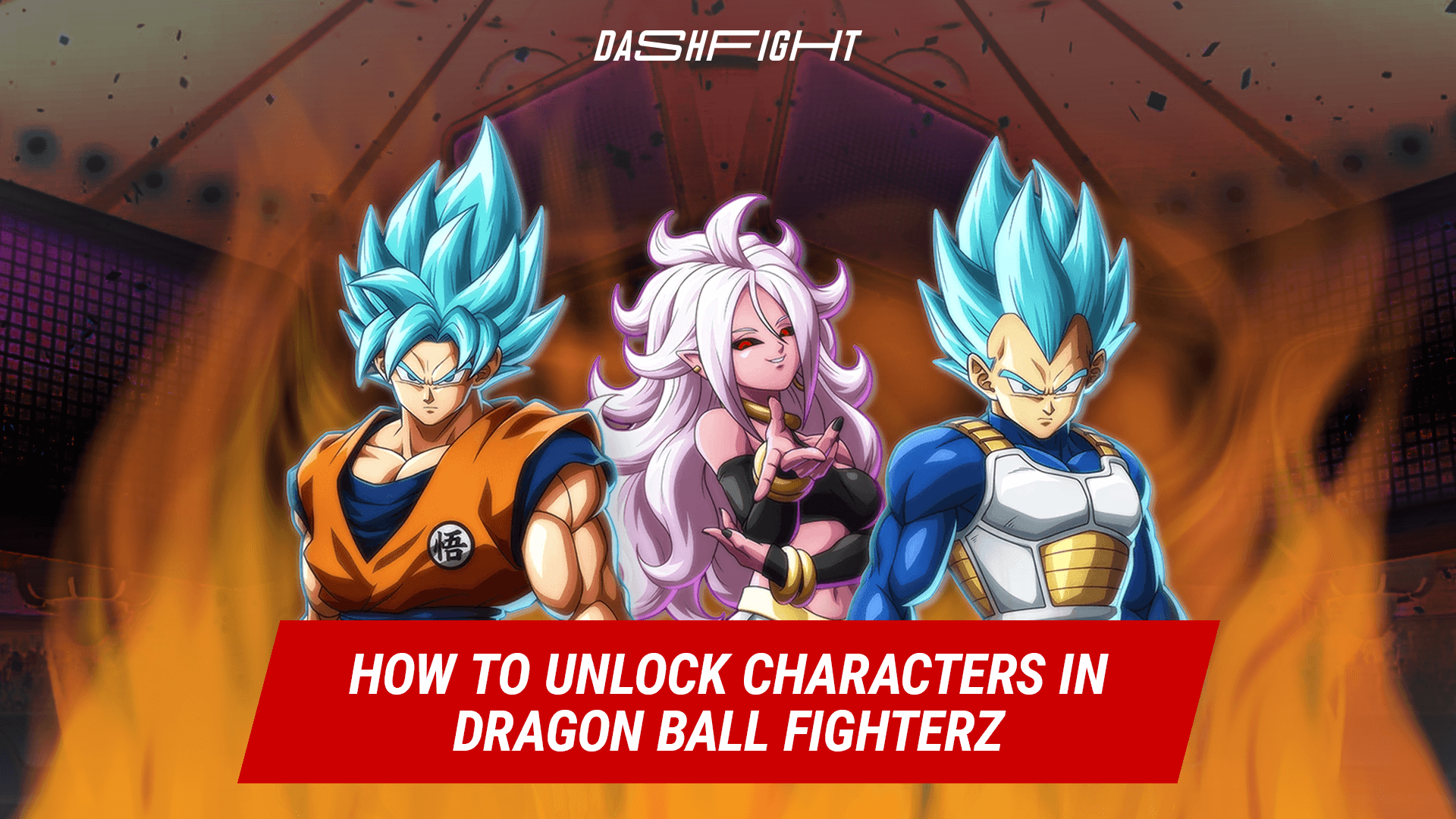 The primary reason to make some fighting game characters locked is to give players an additional reason to explore various aspects of the adventure and probably unleash their own hidden strengths. This principle is implemented (arguably) perfectly in Super Smash Bros. Ultimate, where you have only a few fighters from the beginning but keep getting new ones in different modes or by just playing different fighters.

Apart from DLC characters, Dragon Ball FighterZ has the same motivation for making some roster members unlockable. Still, the strategy here is totally different than in SSBU. This game has only a few unlockable fighters, and some portion of dedication is needed to get them.

This DashFight guide explains how to unlock characters in Dragon Ball FighterZ, so let’s get to the business.

How many unlockable characters are in DBFZ?

Three. Yep, there are only three of them, but they are pretty interesting.

(Don’t get confused! The game has 19+ DLC characters. To unlock them, you should pay money — for a FighterZ Pass or an individual character)

This character is the main moving power of the game story. She revived Android 16 when she started feeling that destructive hunger. She initiated the linking technique to… Oh. Have you played the story mode of Dragon Ball FighterZ? Just treat yourself to this experience, we don’t want to spoil anything.

Android 21 is especially great because she is a totally new character to the Dragon Ball universe. You won’t meet her in manga or anime, and that’s great to feel such deep care for the game (Android 21 was created by Akira Toriyama, the author of Dragon Ball).

How to unlock Android 21 in Dragon Ball FighterZ?

She is tightly connected to the story, so you unlock Android 21 in this mode. There are three Arcs (kind of different approaches to the same story, where you experience it differently, through other characters). Complete them and then play Android 21 in any other mode.

This character is pretty powerful even in his basic form, but this one is sort of a superior level of Vegeta’s evolution as a fighter. It is called Super Saiyan God Super Saiyan or Super Saiyan Blue. Vegeta managed to reach this state thanks to training with Whis, the attendant of Beerus, the God of Destruction.

How to unlock SSGSS Vegeta?

The game offers these ways of getting Super Saiyan Blue Vegeta:

Also, you can unlock Vegeta (SSGSS) in the story mode of Dragon Ball FighterZ by reaching Level 40 of Vegeta Super Saiyan.

Without a doubt, Goku is the central figure of the whole story. It’s fair to say that most players love Goku and want to have one of his many forms in their active roster. Super Saiyan Blue Goku is definitely a good choice here!

Goku reached the level of SSGSS while fighting Beerus. Then God of Destruction helped him to polish these new amazing skills.

How to Unlock SSGSS Goku

The pattern here is the same as with Vegeta SSGSS:

How to Earn Zeni in Dragon Ball FighterZ

The game is quite generous in giving its internal currency. It’s actually much easier to get Zeni in DBFZ than Fighting Money in Street Fighter V.

The game pays for almost any activity. For example:

In fact, you can just enjoy the game, and sooner or later, both Super Saiyan God Super Saiyans will appear in your DBFZ roster.

And that’s it for Dragon Ball FighterZ character unlocks! What do you think? Is this a good way to take the players through the game features?

On the one hand, these unlockable characters in DBFZ appear only after quite a lot of effort. On the other, though, unlocking them is not the most motivating goal as the other FighterZ are good enough to enjoy the game.

Here is a short plan of actions that will help you to unlock Dragon Ball FighterZ characters in the most effective and fun way:

Such activities help to delve deeper into the game, improve your skills, and get many zeni. Of course, enjoying the game is a must-have ingredient of each step, and if you have it, you can ignore any plans.

Dragon Ball FighterZ is one of the best entry points to the fighting genre — with surprising depth as an esports title. With DashFight, you can both learn how to play the game and stay tuned to the pro events. Follow us on Facebook and Twitter to not miss anything interesting.