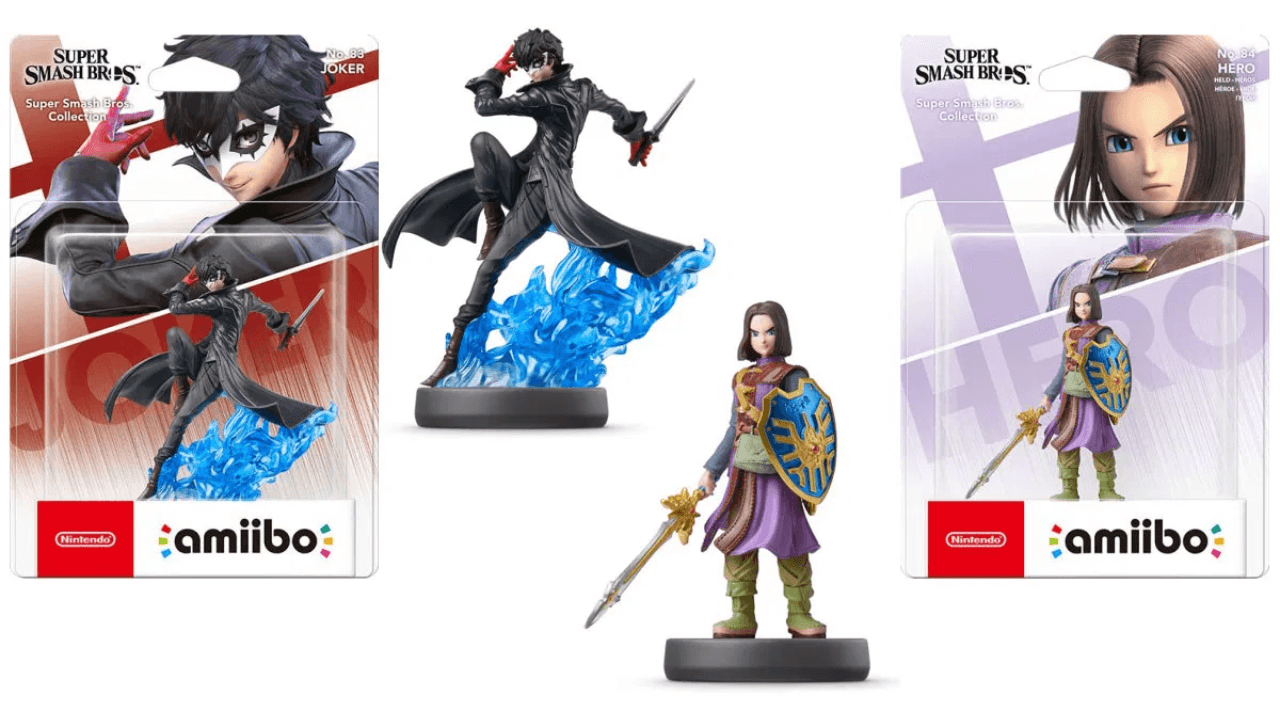 #News
Are you ready for new amazing figurines in your collection?

The official Twitter account of Nintendo of America has announced the release of two new collectible mini-figures of the amiibo series. Starting from October 2, we will be able to purchase amiibo of Hero from the popular game series Dragon Quest and Joker from Persona.

In fact, we knew this is going to happen - Mr. Sakurai revealed this amiibo during the recent presentation of Min Min, a fighter from Arms. In the same video, the creator of the Super Smash Bros. series talked about figurines of Link and Ganondorf. From The Legend of Zelda. Probably, we will see them in stores sooner or later.

The interactive toys amiibo are great for gamers and collectors. You get an awesome physical thing and it can unlock various content in games for the Nintendo Switch, 3DS, and Wii U. With amiibo for Super Smash Bros. Ultimate, you get the same fighter into the game. Of course, they can’t teach you how to play SSBU, but still having them is an additional motivation for players to practice more.

It’s nice to see Nintendo cooperating with other developers and publishers. Recently, they added a few spirits from the Octopath Traveler game.