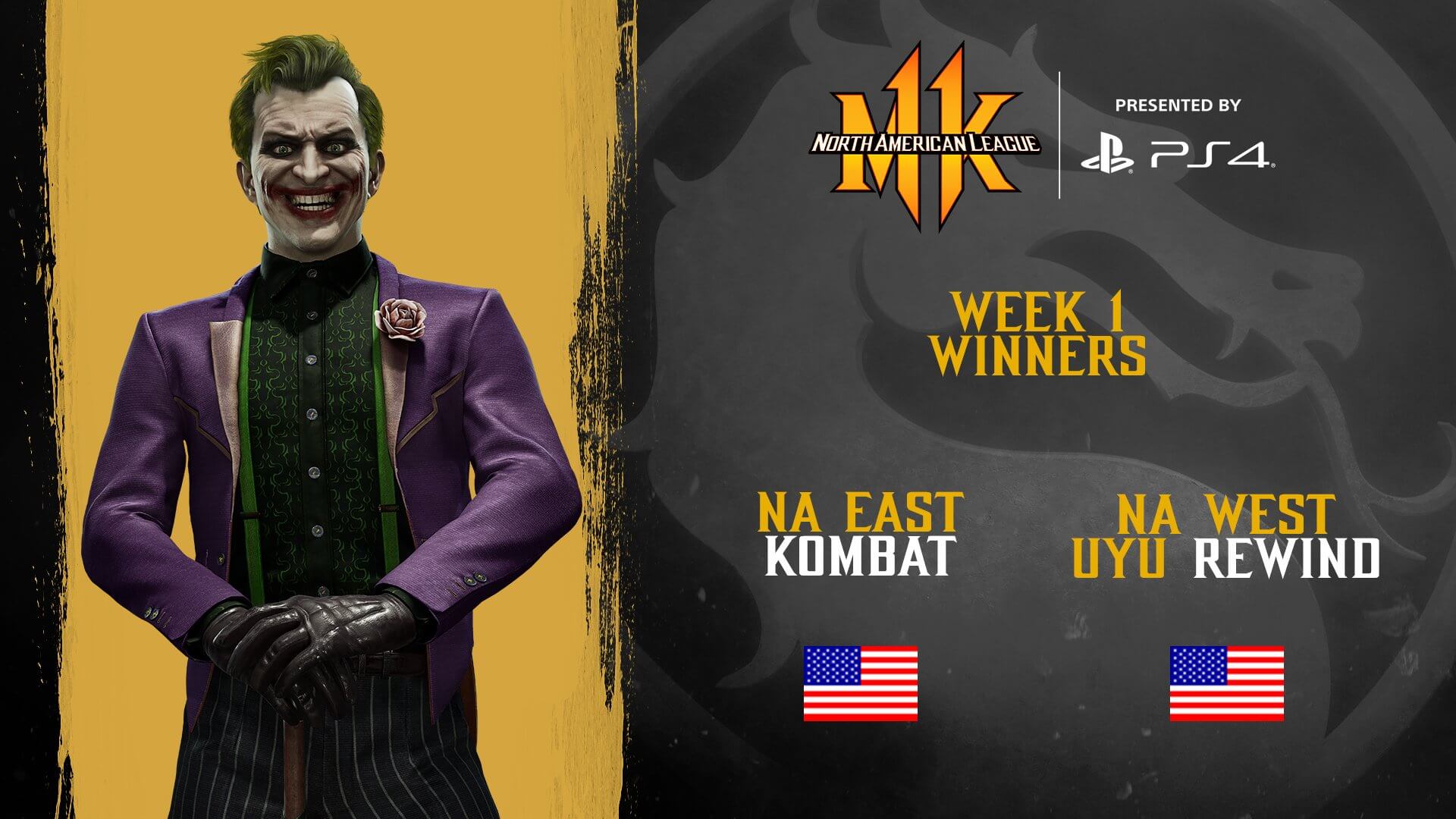 Images courtesy of @NRSEsports on twitter
#News
Kombat FGC and Rewind take the win of the first week of the Pro Kompetition 2020 in North America west and east.

A fascinating first week of the Pro Kompetition circuit for the outgoing year. Once more, players took to the online arena powered by PlayStation as the title sponsor and organizer of the event and duked it out for a couple of hours to find out who would take home the largest cut of the points. If you want to know more about the competition's format, here is another article to get you up to speed. Each bracket began with a massive 370 confirmed players for NA East and a much smaller 190 for West.

At the start of the quarter-finals, Biohazard vs. Semiij, the last Canadian standing on the upper bracket, would fall to Semiijand be taken out the round after in lowers. Perfect Legend then scored a victory versus the no-name neutral_is_key, who would follow Biohazard's fate. SonixFox powered on with a commanding presence versus TheMightyUnjust to face eventual winner Kombat FGC. Kitana Prime tried to stop Kombat the round before but was ultimately unsuccessful.

Semis were, of course, a best of three, allowing longer games. Semiij took on Perfect Legend and scored a victory with a 3-1 result. Then the surprising result of the night, SonicFox, went down to lowers thanks to Kombat on the 3-1 series. For a time, it looked like SonicFox would recover from lowers after defeating Tim "HoneyBee" Commandeur, but Ryan "Dragon " Walker was there in lowers to seal the deal for the fox themselves.

Winners finals were then Semiij versus Kombat, who took the 3-1 win and did so again after Semiij came back from defeating Dragon.

Rewind started strong in the quarter-finals dispatching Coosco. Scar would get his first taste of the week 1 champion in the semis, but before that, he needed to pass over Hey Itz KoOLAid, which he swiftly did. TitaniumTiger was then taken down to lower by Slayeredhatand then knocked out of the running by Slayeredhat there. And round up the top eight was Nubcakes 0-1 to KingGambler.

Rewind then made short work of KingGambler, who would be bested by Scar after going to lowers. Earning his place back for the grand finals scar would not overcome DashFight's 9th ranked player, but in the end, Rewind would take the victory in a 3-1 series.

If you somehow expected that the second week of matches for the Pro Kompetition was going down in the middle of the holidays, well, sorry to burst your bubble. The next event for North American audiences is slated to happen on January 16th. So go and enjoy the time of year, maybe check out some of our fantastic coverage of the only LAN event in the past nine months, WePlay's Dragon Temple.