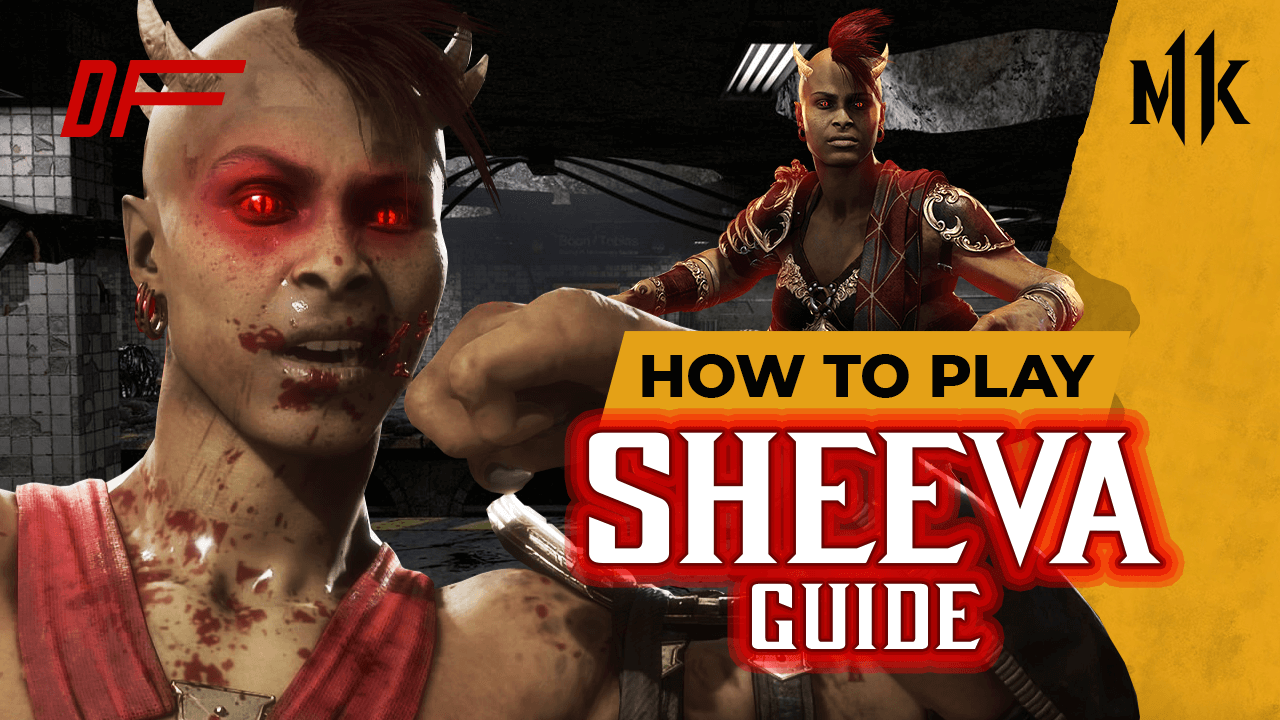 Sheeva is a pretty strong character. For a while, she was even considered as an overpowered one, but then the developers made some adjustments. Since then, Sheeva is still very, very good, but with no obvious devastating options.

She is the Queen of Shokan, a mysterious race of half-humans and half-dragons. Her very look is totally impressive — four hands are a useful feature in a fighting game, don’t you think? The only potential issue with Sheeva might be... that player who controls her in Mortal Kombat 11. Don’t get the Queen embarrassed! Learn how to control her power with this video guide by A F0xy Grampa.

Do you know this pro player? He’s always up to stealing someone’s victory in competitive MK11 and surprising the fans with his awesome playing style. A F0xy Grampa effectively plays quite a few Mortal Kombat characters, and we at DashFight are happy to have his Sub-Zero, Kitana, and Robocop guides on our site and YouTube channel. Now, this collection gets an indisputable gem — A F0xy Grampa is a well-known master of playing Sheeva.

And here we have a short text version of the video guide if you need to quickly find some info.

In his guide, A F0xy Grampa emphasizes the dependence of her playing style on variations. In tournaments, the pro player uses these moves for Sheeva:

A F0xy Grampa starts this part by explaining that Sheeva doesn’t have the Down-Up option anymore, so the players are forced to play properly 100% of the time.

The important buttons for Sheeva are:

This part of the guide explains different aspects of the gameplan.

A F0xy Grampa thinks Sheeva has offense that loops into itself:

To avoid risks of using the looping offense, you can use Fireballs, which the opponent can’t escape. For example, when they try to block your Low after the Overhead, you can use fireballs after B2.

Fireballs push the victim back, so Sheeva is safe from punishment.

Sheeva can’t use most of her neutrals after B2 + Fireballs (Stance), so to keep the game going against the opponent’s projectiles, you can block their projectiles and then shoot yours. As the opponents might wait for all four fireballs, you can cancel at any moment, dash, and use another attack. Or you can cancel and then recharge the fireballs. That's how it’s working for Dragon Stance.

If you are using the regular fireball, the game is different. This fireball is one of the best in the game; it’s 7% on hit, fast, and safe on everything. You can do B2,1, 1, Fireball. If they block it, the fireball still pushes back, and Sheeva might continue shooting.

When the opponent comes closer, you can use grab, overhead, or sweep.

Sheeva has a strong anti-air option — D2. You can follow it with D1 and armor break.

Also, Sheeva can use Dragon Stance as an anti-air, especially against Jacqui Briggs.

Things not to do

A F0xy Grampa advises to not waste the defensive bar but use it for a breakaway.

This character struggles against opponents that keep her away or out damage her in zoning. As examples of unfavorable matchups, A F0xy Grampa mentions Robocop and Cetrion.

Sheeva’s combo damage is not the best.

According to A F0xy Grampa, Sheeva is good for different playstyles, and you can find something suitable especially for you.

Or you can try and experiment with other MK11 characters, and Dashfight will help you learn how to play them. Follow us on Facebook and Twitter to not miss other interesting fighting games guides.