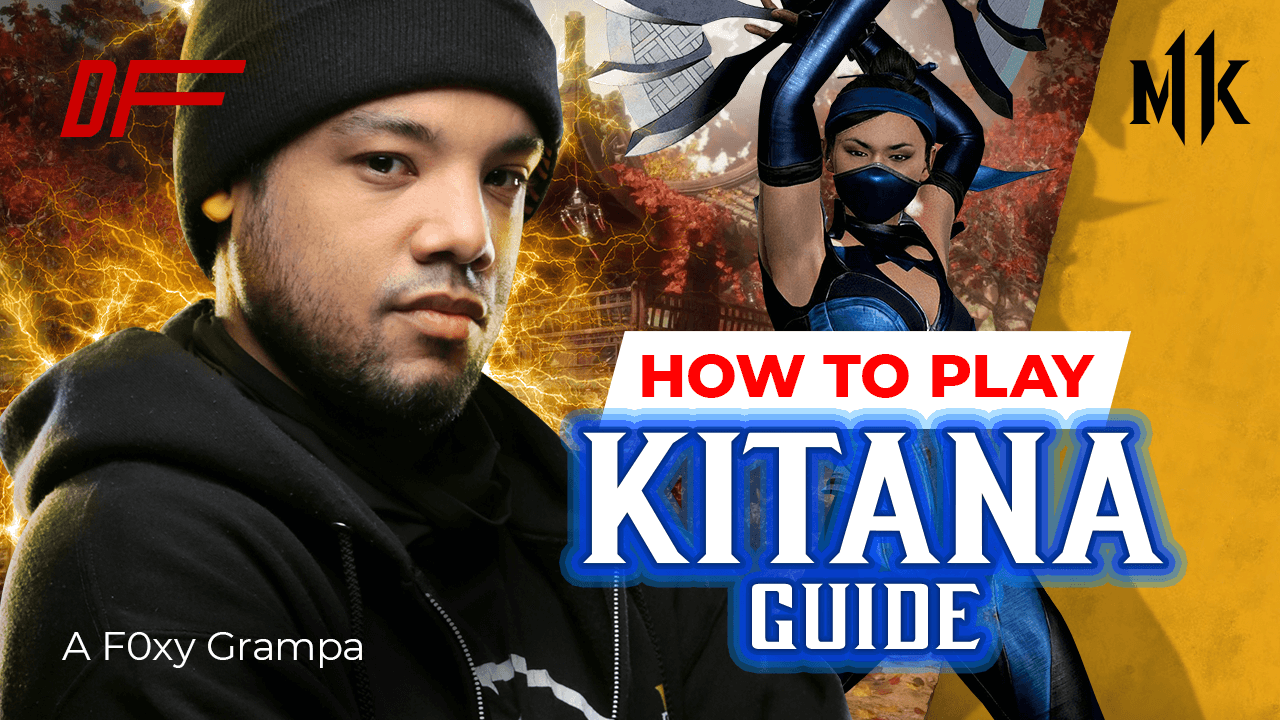 #Guide#Video
Learn all you need to know about the the princess of Outworld with the expertise of Britain's own MK champion.

The extensive list of characters of Mortal Kombat 11 Ultimate can seem daunting at first. Each with its own unique sets of moves, attributes, and abilities. Not to mention the range of variations some might have at their disposal. Although you personally might not be looking to get top 4 finishes at international competitions any time soon, you still have to start somewhere. So why spend a few minutes and get to know just one of Mortal Kombat's characters in depth.

Coming back after his Sub-Zero guide, Denom "A F0xy Grampa" Jones is here again to teach you everything you will need to know to get started with Kitana in Mortal Kombat 11 Ultimate. You can watch the full video below and revisit the button notation or the general lessons after if you want a refresher.

The Best Buttons are the key moves for the character. Either as players or opponents, you are likely to want to use or see these in play since they offer the best neutral, anti-air, and pressure value.

Since players can now use their custom Variations in tournament settings, there is no excuse not to learn what goes well together. So here is F0xy Grampa's Kitana variation specials ranking:

Kitana is one of the few characters who will win not necessarily because she played excellently, but more so because her opponent made mistakes and was unprepared to react to her imposing projectile spam. But she is also very much vulnerable to close distance fighting making knowing how to space and push yourself away from players will be key to getting the most out of Kitana.