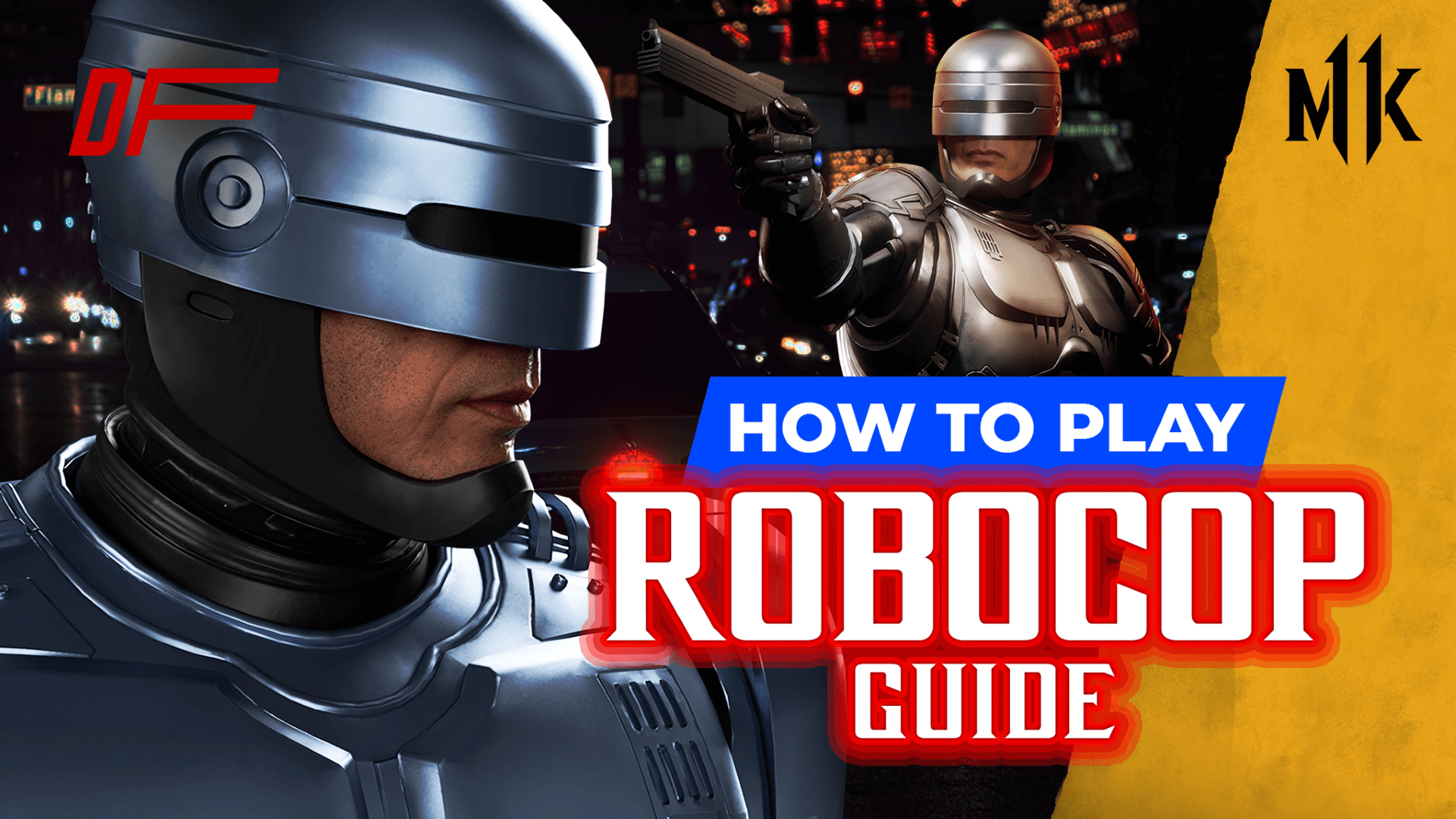 #Guide#Video
Bring the villains to justice! Allow no fun!

Mortal Kombat 11 Ultimate features a solid roster of characters. They all have their own frame data, strengths, weaknesses, and specific quirks. Professional players are quick to learn everything the best they can. And not only for their mains, but those of their opponents too. Frankly, even if you may not be aiming towards the top-8 finish at Evo this year, learning the basics and working your way through the roster can pave the way to a more enjoyable competitive experience.

Since everyone at DashFight wants to give you all the tools you will need to improve, we have once again partnered with the one and only Denom "A F0xy Grampa" Jones to provide you with the best Mortal Kombat 11 Ultimate RoboCop guide. You can view the full video right below and go over any of the individual sections right here in the text guide.

The Best Buttons are the key moves for the character. You should try to use them whenever the opportunity presents itself since they offer the best neutral, anti-air, and pressure value.

Players have the option to select their own Variations in tournament settings, so here are A F0xy Gampa’s No Combo RoboCop ones:

Low Auto-9 is used to be as annoying as humanly, or, well, robotically, possible. On his command grab, Terminal Strip, you can amplify it and choose a direction where you walk with your opponent. Those two abilities work well together: you annoy the opponent with BF1, they advance on you, get FDB2’d, and they’re in Low Auto-9 range again. Rinse and repeat.

Cheval trap adds into this by placing a spike trap between you and your opponent, so they can’t dash on you and have an obstacle to overcome.

While he has no combos in this variation, RoboCop gives you a guaranteed throw setup on his mid on hit. That’s around 30% damage unbreakable on a guess. It can’t be jumped or ducked, so the only option is to tech it, right? Well, not if you don’t want to eat a KB and 40-45% of damage.

On this setup, you can also bait their D2, which they will eventually want to use, and then hit them with your own D2 and make them look foolish.

The corner offense is basically the same, but you can command grab more. You can also hold your distance to bait out moves and move in when you have an advantage.

Contrary to the name No Combo, this RoboCop does have an anti-air one:

Use this combo freely when they try to jump over the spike strip or just want to surprise you with a jump attack.

Against some skywalking and jumping annoyances like Fujin or Kabal, DB1 is a fool-proof tool to bring them down to earth. If you time it correctly – there’s nothing they can do.

RoboCop is bad at counter-poking at a certain range. He slaughters a lot of characters, and the ones he struggles against are the ones with disjointed hitboxes like Joker or Spawn.

Like his famous Sheeva, A F0xy Grampa’s RoboCop is designed to outannoy your opponent to a victory. Don’t take unnecessary risks, always be mindful of your ground and air control, and keep chipping away at their health with Low Auto-9.