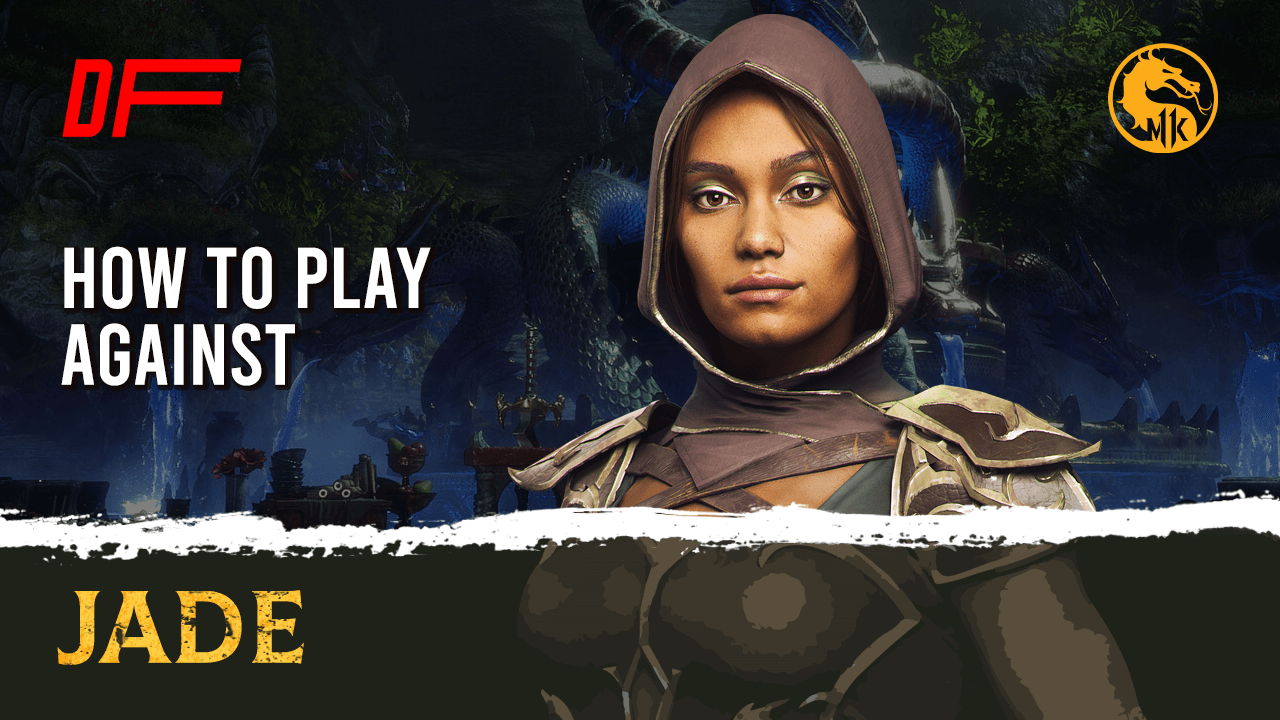 MK11 Guide: How To Play Against Jade Featuring Hamou

#Video#Guide
Learn the basics on this mighty girl and learn how to abuse her weaknesses.

Jade is a fun character to play in Mortal Kombat 11. Is it the same fun to play against her?

Like with any opponent, you need to know Jade in general to understand how to deal with her strong sides. Also, you should be aware of her weaknesses — to know what to exploit in fights.

All such info (and more) is revealed in this awesome MK11 guide by Hamou. Absorb the wisdom and surprise every Jade player you’ll meet online or even in competitive matchmaking.

Mortal Kombat 11 | How to Play Against Jade | Guide by Hamou

She is a life-long friend of princess Kitana, and her first appearance in the Mortal Kombat series was in the game MKII as a hidden opponent. Jade became a playable character in Ultimate Mortal Kombat 3.

In MK11, Jade is one of the best spacing characters, who excels from the mid to close range. She effectively annoys her airborne opponents.

Also, Jade is one of the best counter-zoners. Still, she struggles here due to the startup of her projectiles — they are slow and reactable.

The playstyle of Jade is identified by the player. Some prefer to play full-screen, and some would like to play up-close. Mixing these approaches is also possible.

This variation allows Jade to play comfortably full-screen against those opponents who can’t enforce any pressure. When she activates her glow and starts her game, no one can threaten her from long and mid range.

It is Hamou’s personal favorite variation, mainly thanks to Pole Vault, which is a safe Special. Pole Vault allows her to get in, and then she can enforce her Delia's Dance gameplay. Razor-Rang helps Jade space her opponents and get some plus frames. Loadout is the most versatile variation.

Extended strings allow Jade to deal slightly more damage and put her opponents in the corner. She even can cancel into Delia's Dance and mix her opponent.

This variation is good up-close, but you have to sacrifice Air Razor and get Pole Vault Cancel instead. Thus, Jade is able to push her opponents slightly more to the corner and mix them up.

We have Blazing Nitro Kick instead of Pole Vault Cancel here. Nitro Kick is a very fast special. You can cancel into it from Pole Vault. With this move, Jade can carry her opponent to the corner on hit and on block.

In this part of the guide, Hamou explains the main buttons Jade players usually use.

Jade is a strong character, and thanks to Kustom Variations, she was able to cover some of her major weaknesses, like being extremely unsafe on everything. Still, there are some of her aspects to exploit and some strings to interrupt or flawless-block.

DON'T JUMP against Jade! Her D2 will not miss.

Jade does pretty well against top-tier characters in MK11, but some matchups are still difficult for her. Hard opponents can out-damage and out-space Jade. They also have a very good full-screen control. Some tough opponents can stop her best tool, glow.

Hamou names these matchups as hard for Jade:

Hamou says that Jade is a very good character despite her low damage. Jade players should identify whether they want to play up-close or prefer a zoning game.

To learn the weaknesses of other Mortal Kombat 11 characters, check out other guides of this series — such as this one on how to play against Skarlet by MakoraN.