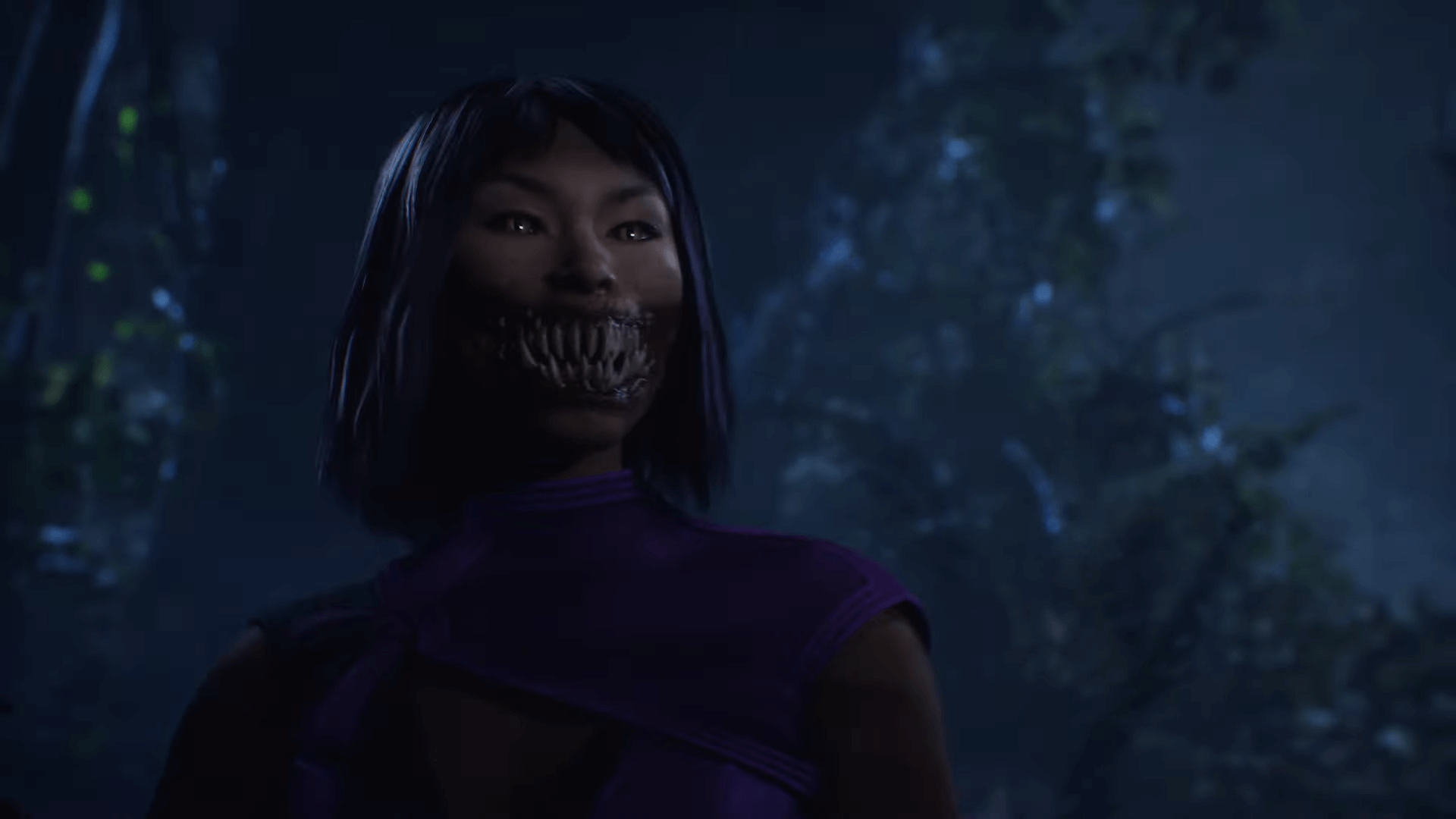 Images courtesy of NetherRealm Studios
#News
Could not catch the stream live? Don't worry, here is all you need to know about this third and final Kombat Kast for the Kombat Pack 2.

The final installment of the fantastic Kombat Kast for the upcoming Kombat Pack 2, scheduled for release on November 17th, is here. If you missed any of the previous ones, we have some handy summaries for you. The first one on Rain, which also went over some of the changes coming for all MK11 players. More details of these changes were outlined in this Kombat Kast. The second one was on Rambo and Rambo alone.

Some details on the Upcoming Update

The biggest change coming in the update is Kustom Variations. Players will be able to mix and match moves for each character, save these new variants and then use them in tournaments and ranked play. An important thing to note, some moves will be banned from competitive play.

Some of the smaller changes mentioned were a polishing of the hitboxes for crouched characters, essentially working on getting rid of inconsistencies. Some blocks are also getting adjusted.

For the last time, before the release of the DLC, we have the pleasure of listening to Tyler Lansdown, Stephanie Brownback, and Derek Kirtzic take about for an hour about what we can expect out of Mileena. She is looking a lot like her MK2 version with a fresh set of tools to use.

Primarily a close-quarter character, Mileena's jabs are quick and deadly. Armed with a quick low launch and a gap closing high, she can pressure opponents continuously. Similarly to Rambo, one of her throw crushing blows is triggered if Mileena has not jumped or gotten hit in 10 seconds.

The main downside of her move set is based on the fact that her weapons are very short range. As Stephanie said, Jade's pole can easily outrange her. As such, Mileena will be most effective by staying right up against her opponents.

Sai toss is a quick projectile that can travel a lot of the screen, but it might leave her open for punishments and reads if used often. Still, a good way to keep a dangerous foe at a distance and mix in with her other combos.

Wheel ball wheel is one of the ways Mileena can close distances quickly by rolling on the ground. She becomes Sonic essentially. Amplifying it also makes it even quicker. And on top of that, it's a great tool to keep a combo going or to quickly punish enemies.

Teleport kick is a fantastic damage-dealing special. Mileena teleports from the top of the screen and lands multiple kicks on her enemies. If amplified she also gets the ability to throw them on the final kick in a selected direction.

Mileena's first variant is Merciless. To start, she now can do Sai toss and Teleport kick while in the air. Both great ways to reset combos and sike opponents out. She also gets a new animation for her low sai toss with a crushing blow included that is triggers if she dodges a high projectile at the same time.

Killer Khanum is a more rushdown variant of the classic Mileena. Getting in a dash at the expense of her roll. But this new move has a lot of options for it. From crushing blows to amplifies to cancels.

In this variant, she also gets three extra throws to help mix up her combos and even extend many others. Finally, a command grab with a crushing blow that punishes roll stand-ups.

Perhaps the most interesting Variants will be Savange Instinct. An extra roll, Invisibility, and a pretty nifty sai move.

Her new roll allows her to go over obstacles, potentially low hits, and it can be combo with her classic roll.

Invisibility does what it says, it makes her much harder to spot and read. Although not exactly impossible to see, as a thin purple mist still lingers around her. There are some downsides to it, less damage and a steady stamina burn limit her potential.

Finally, her new sai throw does open up a lot of mental games. Mileena throws her sai into the ground and it starts to travel in the direction of the throw. She can then choose when to release the sai into the air. And if amplified, the sai will come back down right on her opponent's skull. It also has the bonus of being a crushing blow on interruption.

Now to wait until the 17th!

The long-awaited return of Mileena and the introduction of Rambo is drawing closer. Only one short week to go for us to enjoy these iconic characters. For more news on Mortal Kombat 11 and other Fighting games, you can follow us on Facebook and Twitter or join our special Discord server to meet other players from the fighting games community.