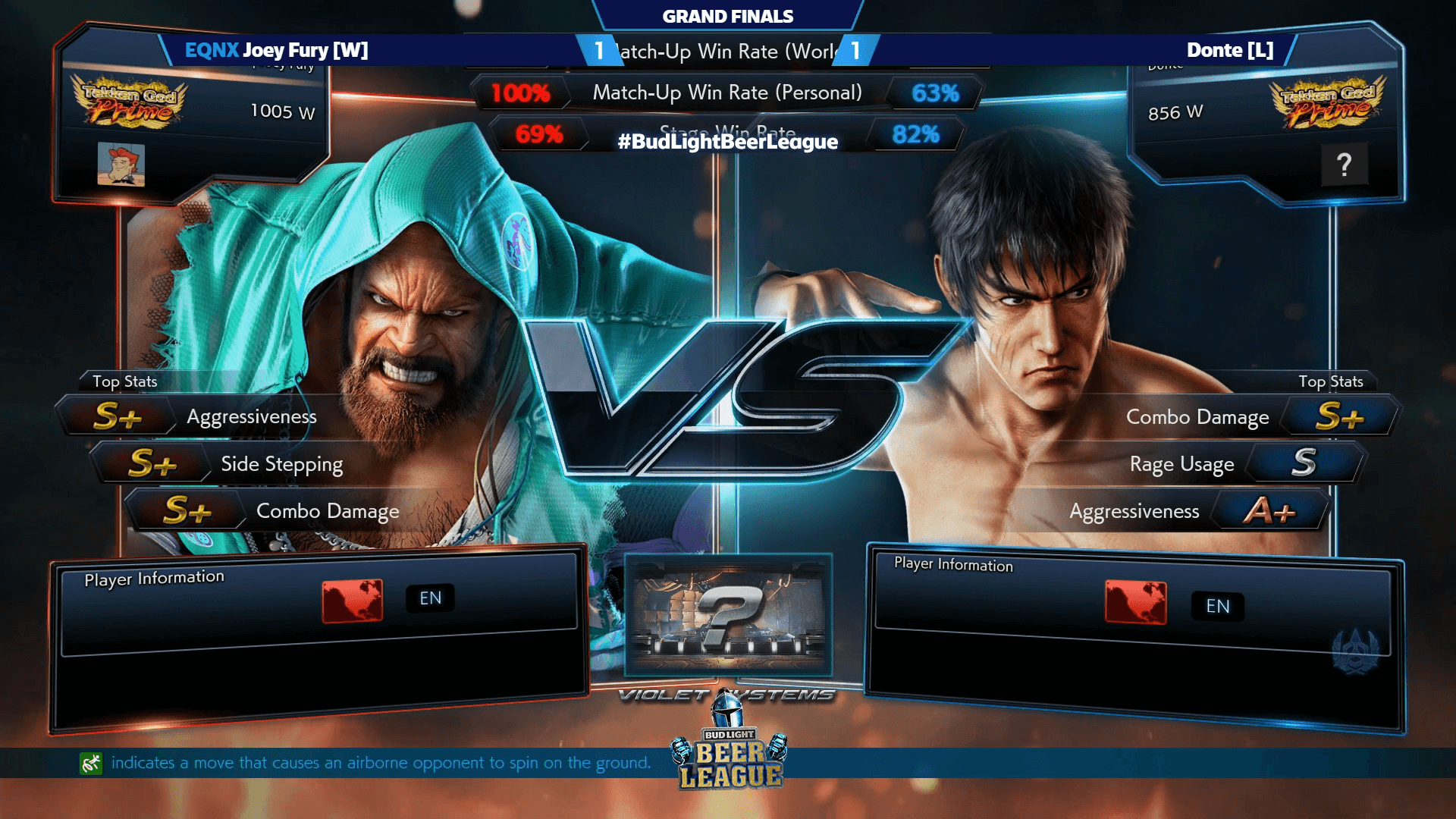 Bandai Namco
#News
On September 30, Tekken players had quite a few tense matches

Another week has passed by and another Tekken 7 esports event of the Bud Light Beer League tournament is over. This time, we enjoyed fights of players from the Eastern part of the USA.

Bud Light Beer League Tekken 7 East 3 had 45 attendees.  First, they played in the starting brackets and then eight of them proceeded to the final stage.

Joseph “Joey Fury” Bennett won all the initial matches and entered the Top 8 part through the Winners Brackets. Here, he defeated Donte “Donte” Tyler 2:0 in the Semi-Final. The Winners Final was against Jonathan “Kaizur” S., and Joey Fury won 3:0.

In the Grand Final, Joey Fury and Donte met again - the result was 3:1, and Joseph Bennett is the winner of this Tekken 7 esports event!

The next event of the series is Bud Light Beer League Tekken 7 West 4 - on October 6.