Interview With CPT EU West Winner Takamura: "I Had To Stop Cammy" 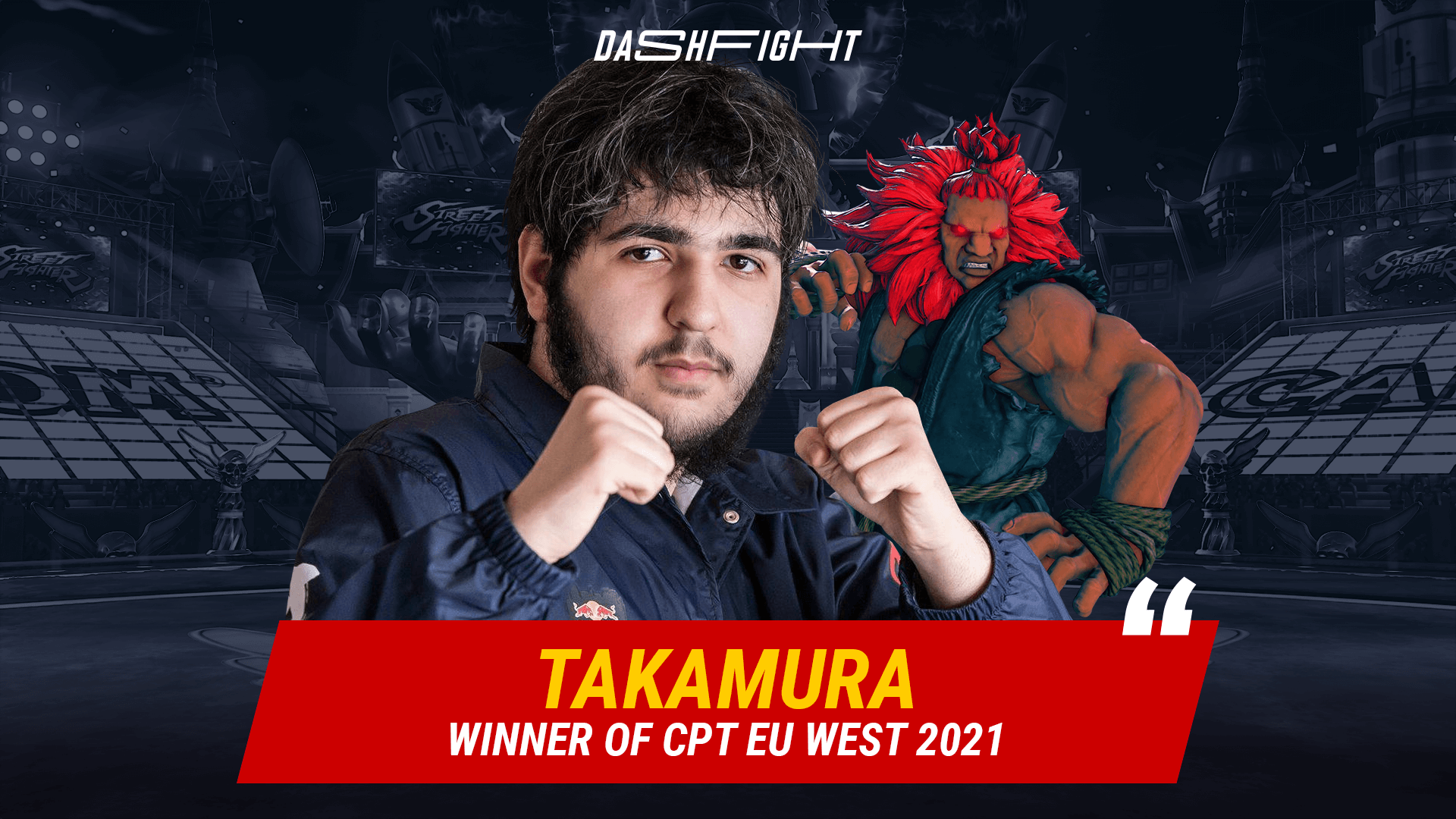 Takamura is not a new name for most followers of Street Fighter V. The Belgian has been on the scene for a while as he is part of the raft of new players who started their careers on Street Fighter V. In that relatively short time, Takamura has proven himself to be one of the best Akumas in the world. He took 4th place at the Red Bull Kumite 2019 and more recently made it to the Quarter-finals of the Red Bull Kumite 2021. This achievement is even more remarkable when you consider that he was in a group that included Luffy, Problem X, and Shaquille. Two of those three names are Evo winners.

He has also been one of the top names from the European scene and his customary bag of tricks is always a fun sight to behold for fans.

He is also the winner of the latest CPT EU West competition where he defeated Momi 3-0 to take the crown. Furthermore, he also ensured that another Cammy did not make it to Capcom Cup, and for that alone, he has the thanks of the entire FGC. Cammy has been a controversial topic and there are currently three Cammys qualified for the Capcom Cup, most notably Mago from Japan.

Takamura took out time to have a chat with DashFight and he talked about his CPT win and his professional aspirations for the rest of the year.

How do you feel about winning the CPT for a second-year running?

I felt more pressure than last year in the qualifier because there is only one qualifier for the whole EU West region this season.

After having a taste of offline Street Fighter again at Red Bull Kumite, how difficult was it to get back into playing competitions online and take it seriously?

I was really happy to play in an offline tournament after all this time. I’m also used to play online now, so this wasn’t really a problem for me.

Who was your most difficult opponent in this tournament?

My most difficult opponent was probably Ryan Hart; he’s an experienced and very good player.

Alex is not a character you’ve faced a lot, how nervous were you when Escudo almost defeated Momi in the Losers’ Semi-Final?

I’ve played Problem X's Alex in Red Bull Kumite, Alex is not a character that I’m afraid to face and I also have the favor in the match-up.

What other matchups are you worried about facing in tournaments due to your limited knowledge of the characters?

You never looked troubled in the Grand Finals against Momi’s Cammy, what makes you so comfortable about that match-up?

I had the responsibility to stop another Cammy to get to Capcom Cup so I gave my best. It’s also a match-up that I’m comfortable with Akuma

With the CPT now in the bag, what other aims do you have competitively this year?

I qualified for the Intel Open closed qualifier; I'll try to do good there as well, and hopefully, there will be more offline tournaments by the end of the year.

We thank Takamura for taking time out of a punishing schedule to speak to us. You can also check out interviews with Angry Bird, Nephew, and Mago. For all your fighting game content, stay on DashFight!