How to Play Against Jax Guide With VideoGamezYo 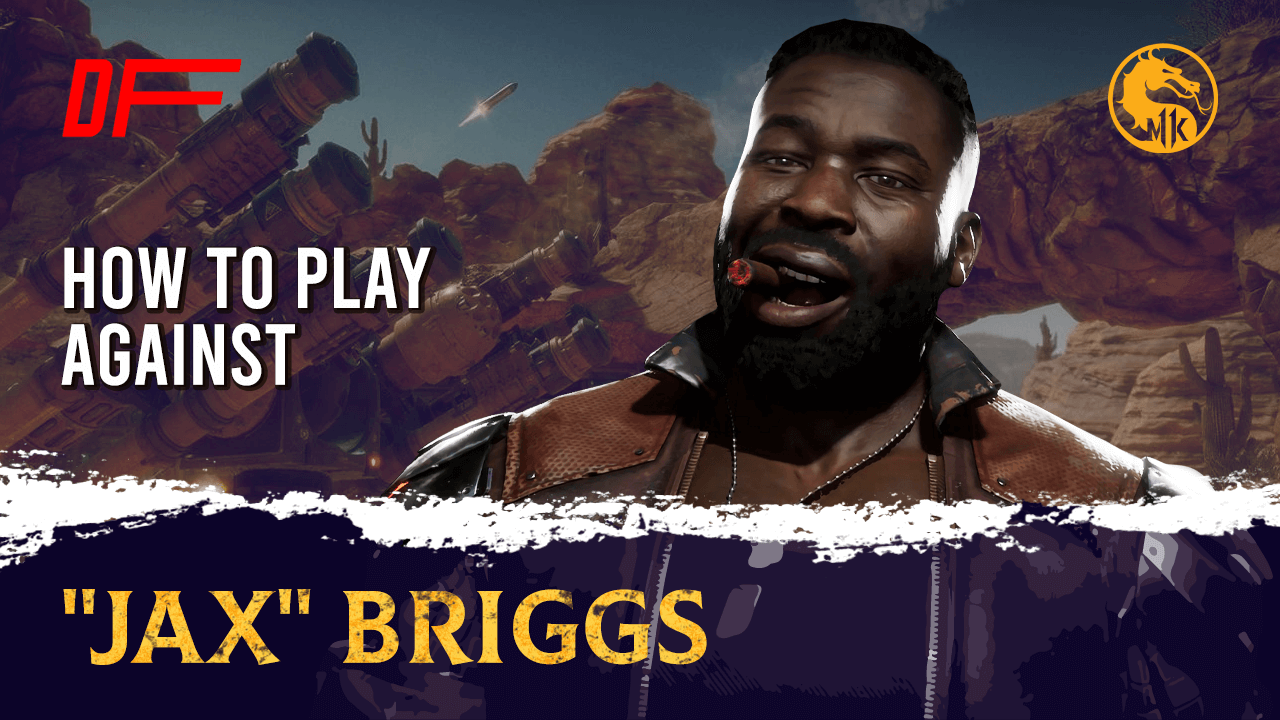 This powerful brawler can be a hassle, so we have all the tech you need against him

So, you want to fight against Jax! Jax is one of the veteran characters in the Mortal Kombat franchise first appearing in Mortal Kombat II. He has appeared in several iterations and even has a daughter who appears in later Mortal Kombat games, Jacqui Briggs. As a character, Jax is generally considered to be mid-tier, but this also means that in the right hands, he is a nightmare to deal with.

We will now look at all you need to defeat Jax Briggs in Mortal Kombat 11.

How to Fight JAX Guide With VideoGamezYo

First things first, let us look at Jax's playstyle. Jax is for all intents and purposes a rushdown character. He has a 9f button which facilitates his aggressive moves and he loves to get in the opponent's face to finish them off. He can also vary his style a bit and zone when necessary. This is due to his projectile. However, he only has access to a projectile when he achieves 'Heat' which he can only obtain by hitting the opponent. Therefore, all his tools point towards getting up close against the enemy.

Apart from a 9f button (F3), Jax also relies heavily on the throw mix-up game and he has a couple of grabs that are able to mess with the opponent's brain. On top of that, he gets oki from both his forward and back grabs which helps him amp up the pressure on his foes.

Jax is a man with several weaknesses that can be exploited for your gain. In this section we'll be looking at them and what you can do to take advantage of them.

So, like with many rushdown characters, they don't fare so well against zoners. Zoners are able to keep opponents away with projectiles and other tools. This is especially bad for Jax who needs to be in your face to be effective. Even his zoning game requires him to hit opponents to have access to projectiles. So, keeping Jax away from you is one of the best ways to fight against him. If Robocop uses projectiles against him, Jax will have to deal with a lot of chip damage, and even when he gets in his face, Robocop can simply grab him, and use his shotgun to send him back to fullscreen.

The two main things a rushdown character can do to you is either force you into a mind game involving combos and grabs, or they mix-up their offense to keep things unpredictable. With Jax, he lacks good mix-up options so has to rely on his grab game which makes him a lot easier to predict. You can react to his grabs and simply block his combos. Jax has a command grab that you can't block, but since his command grab is high, you can simply duck it and punish him with a U2.

As for specific tech you can use against Jax, there are a few and we'll examine some of them here.

Generally, since Jax is a grab-heavy character, you can use a combination of uppercuts, duck OS, tech OS, and strike OS, to ensure that you can deal with most of his offensive gameplay.

Jax's weakness against zoners means that there are quite a number of characters you can use against him. A few of the very worst are Robocop, Cetrion, Jacqui, and Kabal. Jax is generally bad against characters who have great neutral or are great zoners.

That's about it. Jax is a great rushdown character with some glaring holes in his offense that make him susceptible to cunning opponents. If you are a Jax main who wants to learn to play the character, you should check out our Jax guide.