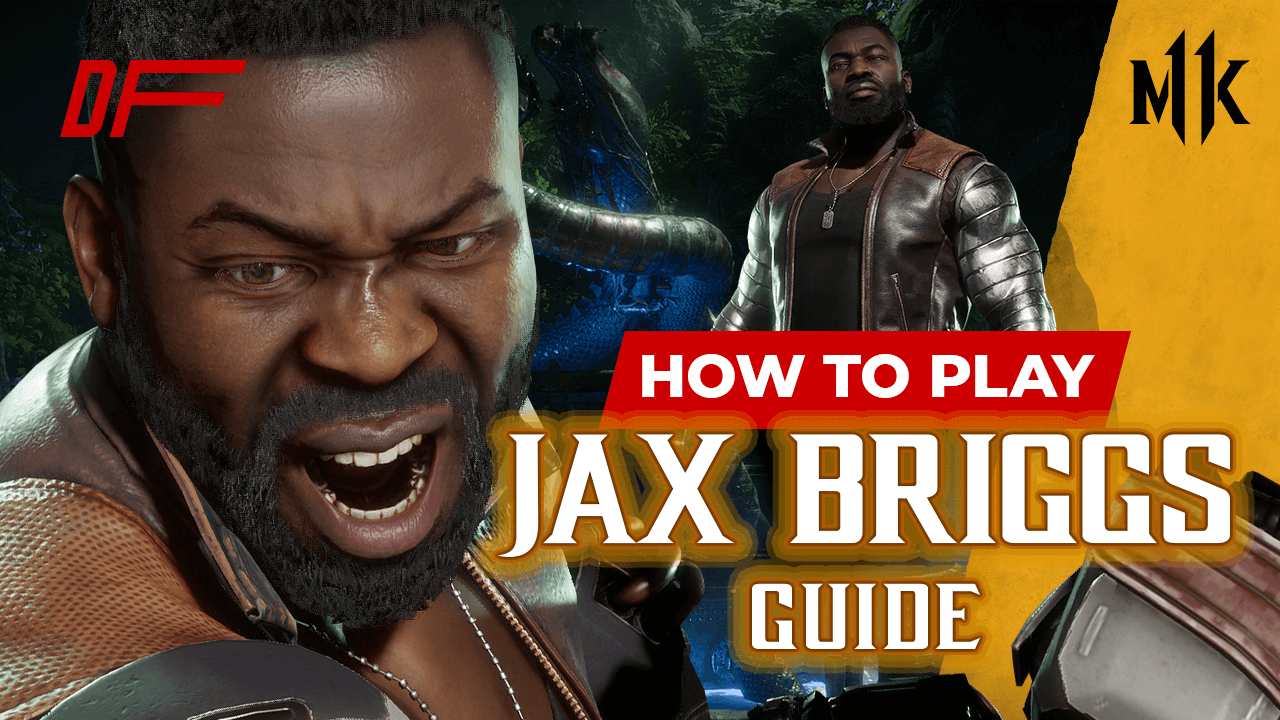 When you think of grapplers in MK11, the first character that might come to mind is Geras. The Kronika underling is an S-tier character whose ability to control the space and deal damage is a thorn in the flesh of players the world over. However, too many people are sleeping on the person of Jax Briggs as he is an excellent grappler with tools that can be used in just about any situation. Thankfully, DashFight's got you, and this guide brought to you by VideoGamezYo, will teach you all the basics to use Jax at a decent level. In terms of pedigree, VideoGamezYo is of the highest standard having burst on the scene in 2019. But, his accolades aren't simply in the past because as recently as June, he won the Mortal Kombat Pro Kompetition - Regional Final Europe West with a beautiful win over Lawkorridor. So, please give him a follow on Twitch, or check out his Twitter.

Jax has some great buttons and here we will look at the very best of the bunch and explain how you could use them.

Jax has some really incredible variations that are useful in different situations. VideoGamezYo has a few that he thinks are the best.

Strings are so important to any character. Below we look at some of Jax's best

Jax is a damn good grappler. His damage output is elite, and he is excellent at keeping enemies in the corner. Understandably, he needs to hit opponents to build up his tools, but if managed properly, he is almost impossible to deal with. So, watch the video and try your hand at Jax; who knows, you might become a master in no time.