Deadly Kenpo master. Feng Wei is determined to reach the peak of human strength and martial art mastery. Whatever needs to be done to achieve these goals, Feng will accomplish it without a second thought.Know more 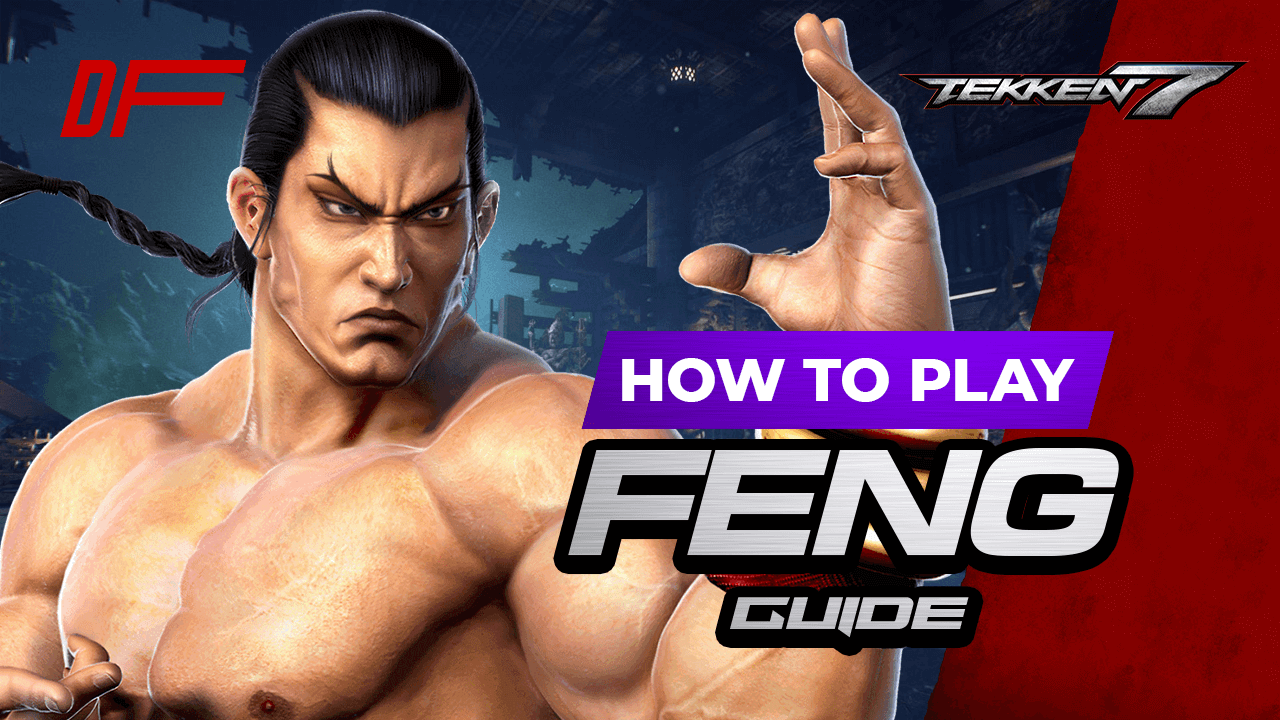 Are you ready to master powerful techniques of the Kenpo fighting style? Then grab your controller and take your Feng Wei to a totally new level!

Feng Wei has always been regarded as one of the trickier and unique characters in Tekken 7. Despite being a love letter to the revered classics of Chinese action cinema, most players confidently rated his as average or slightly above average. Thankfully, after four seasons of changes, he became quite a solid character. If you love characters that reward creativity, solid fundamentals, and the ability to adapt, then Feng is for you!

While playing Feng, something to keep in mind is that he's not as reliant on launchers and combos as other characters, despite having a good selection of safe launchers and CH moves. Feng is all about smoothly navigating the neutral with his various evasive attacks and stances, gradually chipping away at opponents and baiting them into counter-hit attacks that knockdown and lead to small but painful follow-ups.

While Feng is one of the more demanding characters to pick up and play, don't get discouraged. With a gradual and measured approach, you will achieve steady progress. When you've just started playing a new character, the go-to advice is always to get familiar with their overall moveset, inputs, and range. For Feng in particular, you will often utilize his crouch dash, or CD, to better use some of his better while standing moves. To do so, you'll need to do the down and down/forward movement and then swiftly release it, allowing you access to WS moves instead of his CD attacks.

When in battle, start with Feng's more straightforward tools like the 1,2 and 1,3 jab strings, d/b3 and d2, to threaten with lows, b4 to use as a versatile mid, and qcf1+2 as a beefier, more threatening mid option. When you become good at poking, your opponents will be unsure which way to block or step, as Feng can cover all of those options, but for now, what matters is getting a feel for the gameplay.

Consider this entire step to be an introduction to the character. Taking rounds will be challenging, so focus first and foremost on committing his stances and attacks to memory. Since Feng is so heavily based around neutral and playing around the opponent, you can't afford to dedicate a part of your mental stack to remembering the attack's input, what follow-ups it has, or how fast it is.

Once you have built up muscle memory and have a good idea of what Feng has at his disposal, you can start delving deeper into what the character has to offer. While you should still focus on more straightforward and easier to implement tools, this is the right time to add more to your arsenal. Since you want to poke people, conditioning will always be a part of your gameplay. If your opponent is neglecting mids and tries to block lows and evade highs - hit the with d/f2,2 for a chunk of damage and potential wall bounce. If it's the opposite and they refuse to duck, you can get a free SS4 at close range, which will launch them on a clean hit. You will also often encounter highly aggressive opponents who attempt to run their offense with impunity. You must learn to stop their offense, as the opponent who likes to press buttons will make it harder to approach or apply mixups. Luckily Feng has robust options to deal with this by choosing one of his CH attacks or using the Kenpo Step (b3+4). If you make the opponent whiff their attack with a Kenpo Step, you have free reign to either punish them or apply a mixup.

The general goal at this step is to add these elements to your gameplay and find answers for various situations that happen during the game. Whether you're on offense or defense, recognizing the current situation and adjusting your plan is crucial in Tekken, especially when playing Feng.

So far, the focus has been mainly on Feng himself and building up the foundation of his gameplay. At this point, you should be comfortable with his movelist and understand his tools and when to use them. Now it's time to focus on the opponent. Reading your opponent is a massive advantage in a fighting game, and to gain this advantage, there are several steps you can take.

First and foremost, you need to be patient. Fighting games are complicated, and because of that, we build internal plans and flowcharts, which we then unconsciously execute during matches. By avoiding risks and playing more passively, you will see how your opponent acts in certain situations. How do they approach or retaliate after blocking a strike or having their strikes blocked? When playing Feng, you will often have to consider these things to pick the right course of action.

You also can condition your opponents to act in a way you want them to. This doesn't require understanding your opponent's psyche but simply exploiting their weaknesses or creating openings. For example, if you keep hitting opponents with qcf1 or d/b3, they will naturally start anticipating and duck. Now, all it takes for you is to approach with ff2 or qcf2 to capitalize on their behavior.

Sabaki is one of the more exciting ways for Feng to interact with an opponent's attack. Using moves with built-in parry like 1+2, Feng can steal back his turn and maintain the offense. However, using this properly will require understanding the frame data. The sabaki moves have a specific range in which they will parry the opponent's attack, so it's best to know whether or not you have the time to use them.

This feeds directly into another way of controlling your opponent with Feng, and it is frame traps. One of the most common examples of a frame trap with Feng is hitting your opponent with a d/b3. With the move being +4, Feng is guaranteed to land a WS4 without any threat, or you can apply the frame advantage to use slower and slightly riskier options that will nonetheless beat out most of your opponent's options.

Combine these options of dealing with your opponent and your existing knowledge of Feng's excellent pokes and evasive maneuvers, and you will become a fearsome challenger for any Tekken player.

Now let's look at some of the critical moves Feng has.