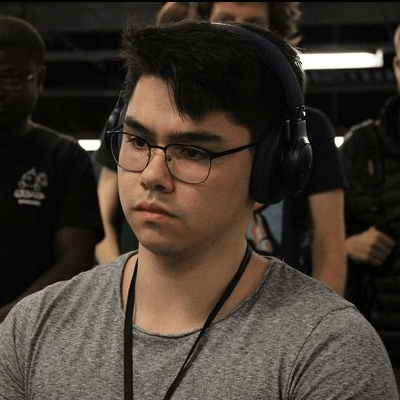 Yves "Young Eevey" du Long is a fighting games competitor from the Netherlands. Their key disciplines are Super Smash Bros. for Wii U, Super Smash Bros. 4, and Super Smash Bros. Ultimate, where they main Bowser Jr. In SSBU, Young Eevey is considered to be the best Bowser Jr. player in the world. They are ranked 8th on the Dutch Ultimate Power Rankings and the 30th on European Smash Rankings, according to Smash Wiki.

Du Long achieved recognition at Albion 4, where they took sets from Space, Flow and Oryon, and won the 7th place in the national tournament, which had never been done by the Bowser Jr. main before. They have also defeated yeti, MuteAce, Xzax, iStudying, and Light over the course of their career. Presently, Young Eevey is the playing as a part of @DutchBrawlers team.

Young Eevey's career in competitive Smash began at Syndicate 2016 (SSBWU), where they took 65th place in doubles and 193rd in singles. They played SSBWU and SSB4 in the following years, taking part in such notable events as:

Since late 2018, Young Eevey has been playing SSBU. They competed in it at such events as: